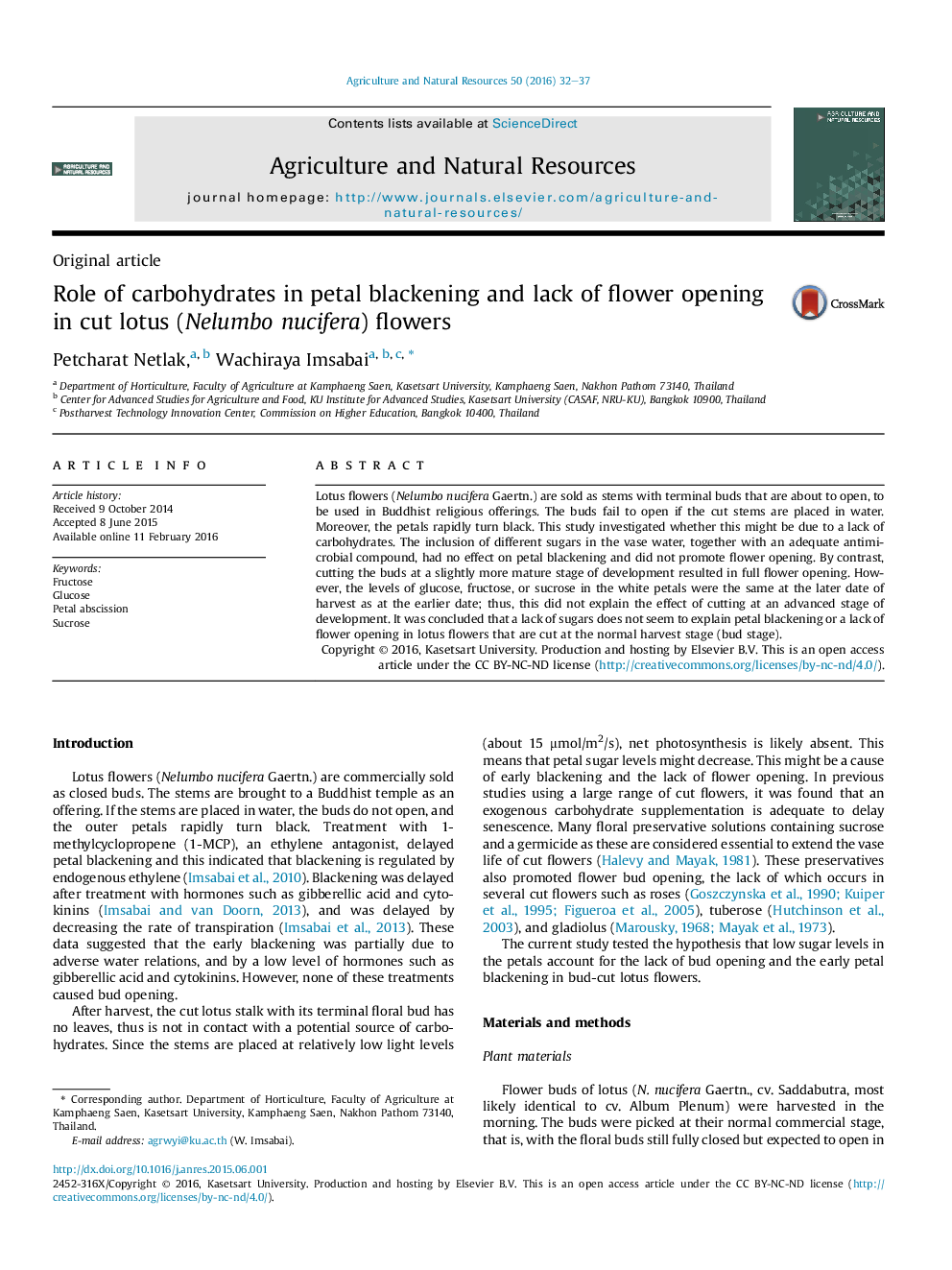 Lotus flowers (Nelumbo nucifera Gaertn.) are sold as stems with terminal buds that are about to open, to be used in Buddhist religious offerings. The buds fail to open if the cut stems are placed in water. Moreover, the petals rapidly turn black. This study investigated whether this might be due to a lack of carbohydrates. The inclusion of different sugars in the vase water, together with an adequate antimicrobial compound, had no effect on petal blackening and did not promote flower opening. By contrast, cutting the buds at a slightly more mature stage of development resulted in full flower opening. However, the levels of glucose, fructose, or sucrose in the white petals were the same at the later date of harvest as at the earlier date; thus, this did not explain the effect of cutting at an advanced stage of development. It was concluded that a lack of sugars does not seem to explain petal blackening or a lack of flower opening in lotus flowers that are cut at the normal harvest stage (bud stage).