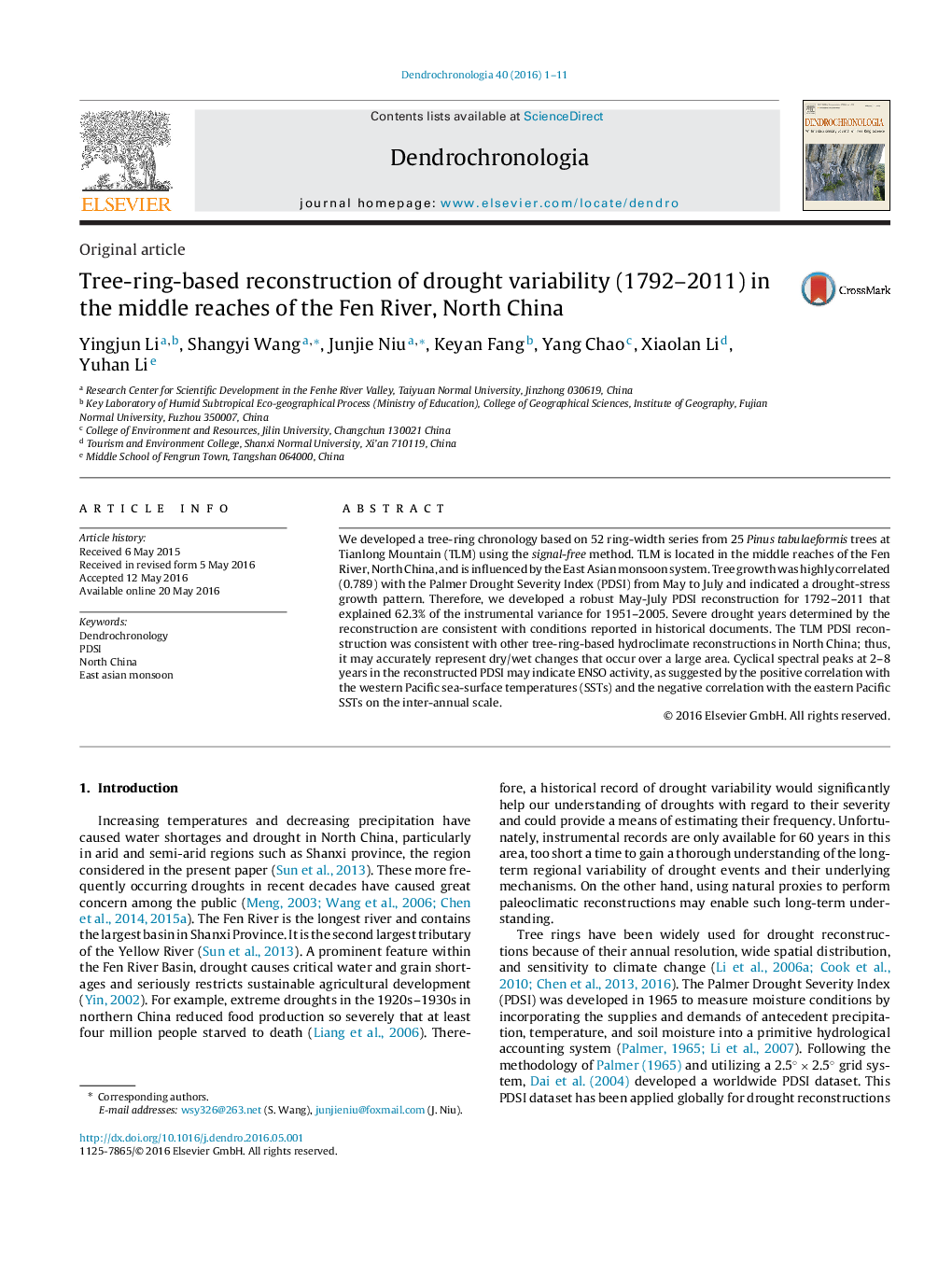 We developed a tree-ring chronology based on 52 ring-width series from 25 Pinus tabulaeformis trees at Tianlong Mountain (TLM) using the signal-free method. TLM is located in the middle reaches of the Fen River, North China, and is influenced by the East Asian monsoon system. Tree growth was highly correlated (0.789) with the Palmer Drought Severity Index (PDSI) from May to July and indicated a drought-stress growth pattern. Therefore, we developed a robust May-July PDSI reconstruction for 1792–2011 that explained 62.3% of the instrumental variance for 1951–2005. Severe drought years determined by the reconstruction are consistent with conditions reported in historical documents. The TLM PDSI reconstruction was consistent with other tree-ring-based hydroclimate reconstructions in North China; thus, it may accurately represent dry/wet changes that occur over a large area. Cyclical spectral peaks at 2–8 years in the reconstructed PDSI may indicate ENSO activity, as suggested by the positive correlation with the western Pacific sea-surface temperatures (SSTs) and the negative correlation with the eastern Pacific SSTs on the inter-annual scale.