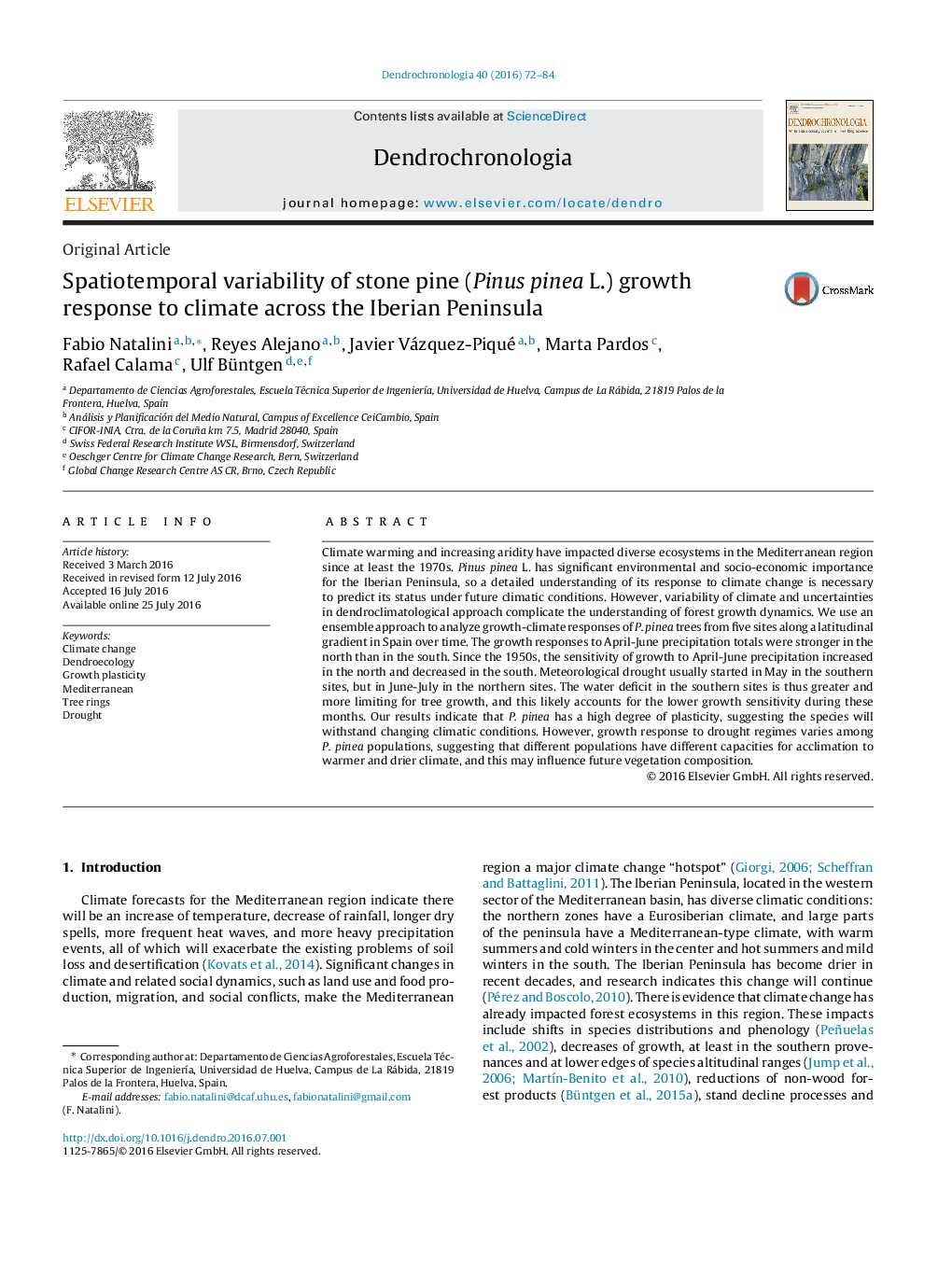 Climate warming and increasing aridity have impacted diverse ecosystems in the Mediterranean region since at least the 1970s. Pinus pinea L. has significant environmental and socio-economic importance for the Iberian Peninsula, so a detailed understanding of its response to climate change is necessary to predict its status under future climatic conditions. However, variability of climate and uncertainties in dendroclimatological approach complicate the understanding of forest growth dynamics. We use an ensemble approach to analyze growth-climate responses of P. pinea trees from five sites along a latitudinal gradient in Spain over time. The growth responses to April-June precipitation totals were stronger in the north than in the south. Since the 1950s, the sensitivity of growth to April-June precipitation increased in the north and decreased in the south. Meteorological drought usually started in May in the southern sites, but in June-July in the northern sites. The water deficit in the southern sites is thus greater and more limiting for tree growth, and this likely accounts for the lower growth sensitivity during these months. Our results indicate that P. pinea has a high degree of plasticity, suggesting the species will withstand changing climatic conditions. However, growth response to drought regimes varies among P. pinea populations, suggesting that different populations have different capacities for acclimation to warmer and drier climate, and this may influence future vegetation composition.