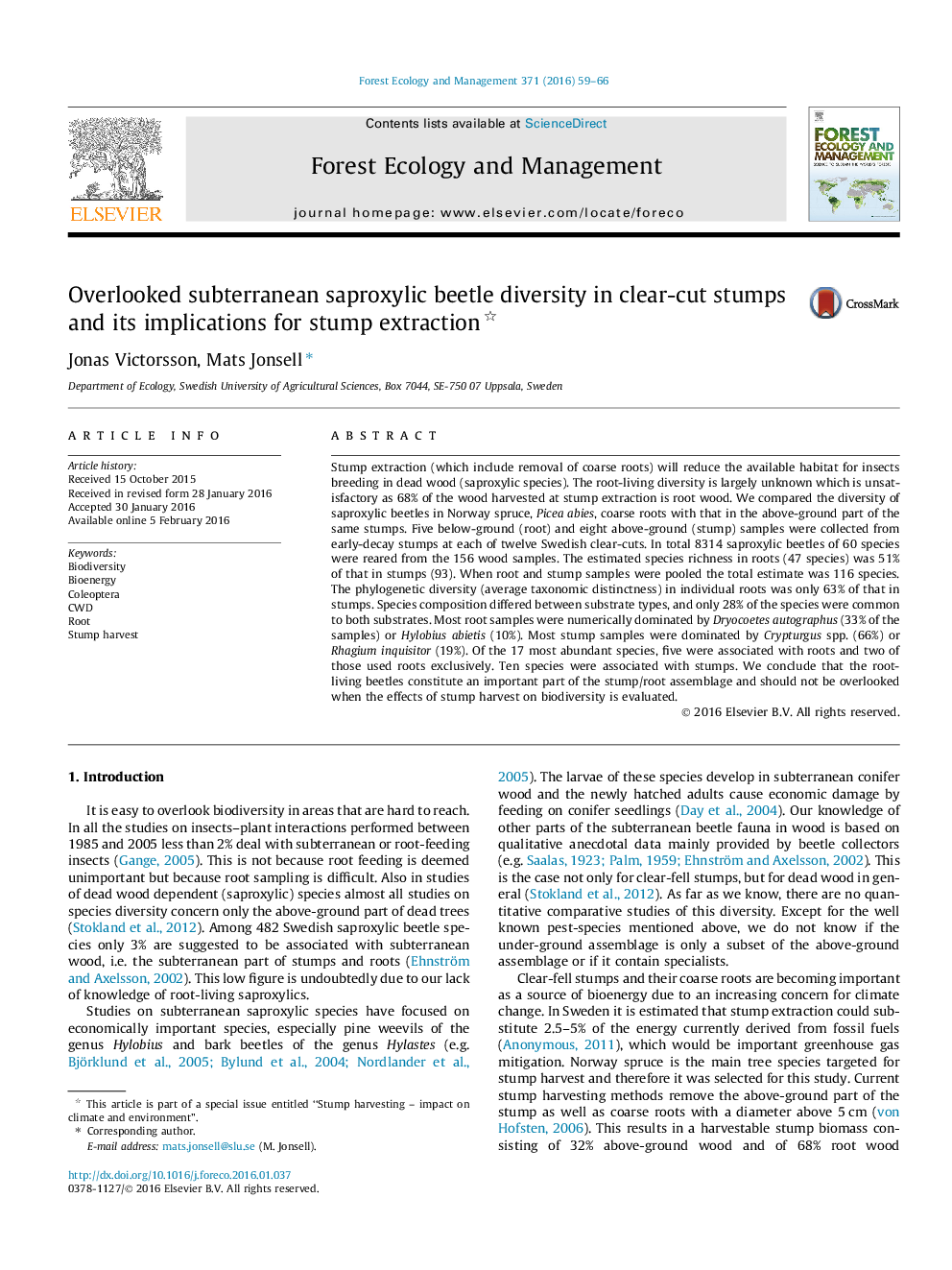 • The subterranean diversity of saproxylic beetles in spruce stumps was quantified.
• We compared it to the diversity above ground in the same stumps.
• There were fewer species and less taxonomic distinctness below ground.
• Some species were nonetheless strongly associated with the below-ground parts.
• The subterranean beetle diversity should be considered when evaluating stump harvest.

Stump extraction (which include removal of coarse roots) will reduce the available habitat for insects breeding in dead wood (saproxylic species). The root-living diversity is largely unknown which is unsatisfactory as 68% of the wood harvested at stump extraction is root wood. We compared the diversity of saproxylic beetles in Norway spruce, Picea abies, coarse roots with that in the above-ground part of the same stumps. Five below-ground (root) and eight above-ground (stump) samples were collected from early-decay stumps at each of twelve Swedish clear-cuts. In total 8314 saproxylic beetles of 60 species were reared from the 156 wood samples. The estimated species richness in roots (47 species) was 51% of that in stumps (93). When root and stump samples were pooled the total estimate was 116 species. The phylogenetic diversity (average taxonomic distinctness) in individual roots was only 63% of that in stumps. Species composition differed between substrate types, and only 28% of the species were common to both substrates. Most root samples were numerically dominated by Dryocoetes autographus (33% of the samples) or Hylobius abietis (10%). Most stump samples were dominated by Crypturgus spp. (66%) or Rhagium inquisitor (19%). Of the 17 most abundant species, five were associated with roots and two of those used roots exclusively. Ten species were associated with stumps. We conclude that the root-living beetles constitute an important part of the stump/root assemblage and should not be overlooked when the effects of stump harvest on biodiversity is evaluated.