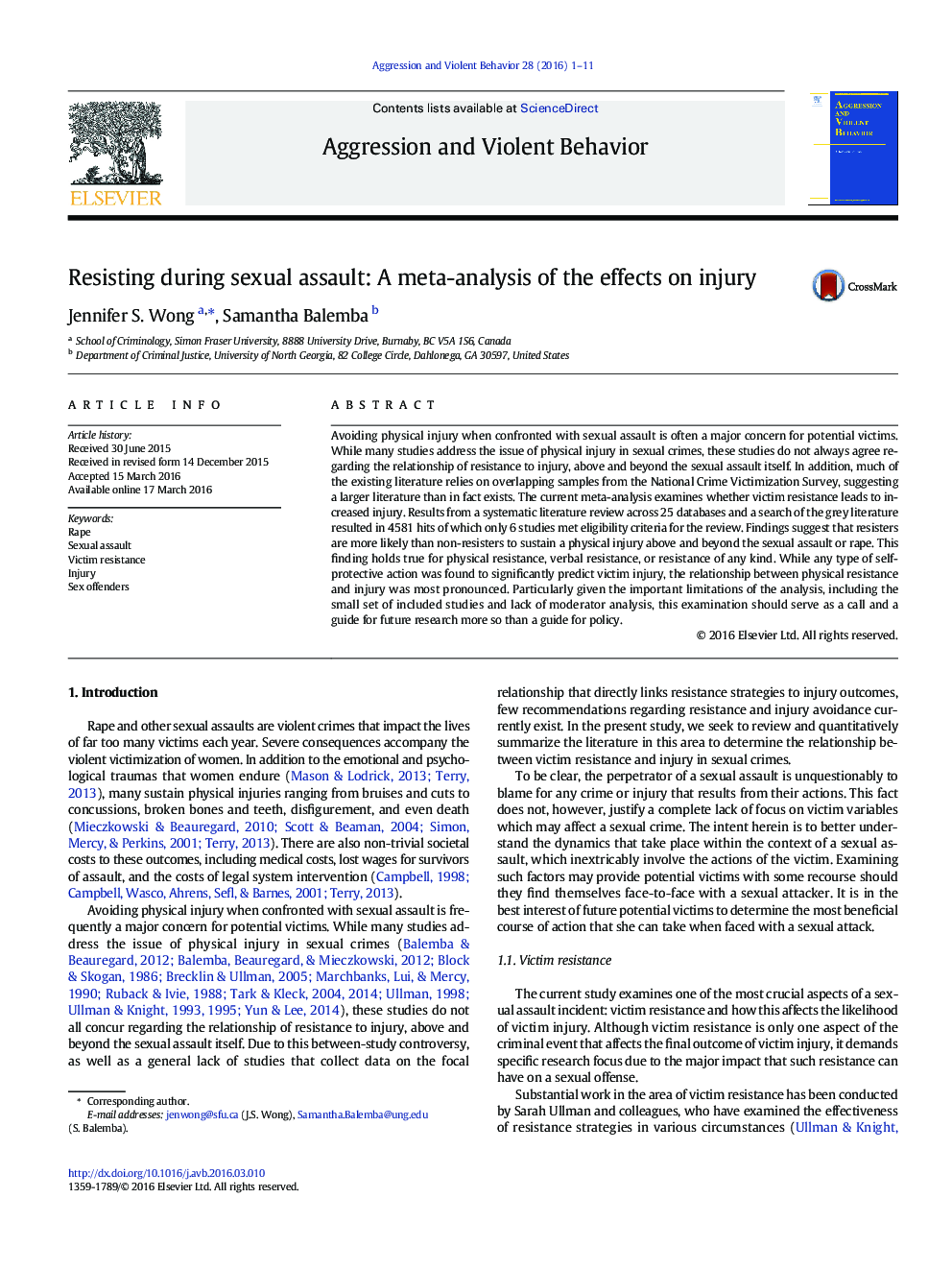 • Examines whether victim resistance leads to increased injury in sexual assault.
• Includes results from a systematic literature review across 25 databases.
• A small set of 6 studies met inclusion criteria for the analysis.
• Resisters are more likely than non-resisters to sustain a physical injury.
• Findings hold true for any resistance, physical resistance, or verbal resistance.

Avoiding physical injury when confronted with sexual assault is often a major concern for potential victims. While many studies address the issue of physical injury in sexual crimes, these studies do not always agree regarding the relationship of resistance to injury, above and beyond the sexual assault itself. In addition, much of the existing literature relies on overlapping samples from the National Crime Victimization Survey, suggesting a larger literature than in fact exists. The current meta-analysis examines whether victim resistance leads to increased injury. Results from a systematic literature review across 25 databases and a search of the grey literature resulted in 4581 hits of which only 6 studies met eligibility criteria for the review. Findings suggest that resisters are more likely than non-resisters to sustain a physical injury above and beyond the sexual assault or rape. This finding holds true for physical resistance, verbal resistance, or resistance of any kind. While any type of self-protective action was found to significantly predict victim injury, the relationship between physical resistance and injury was most pronounced. Particularly given the important limitations of the analysis, including the small set of included studies and lack of moderator analysis, this examination should serve as a call and a guide for future research more so than a guide for policy.