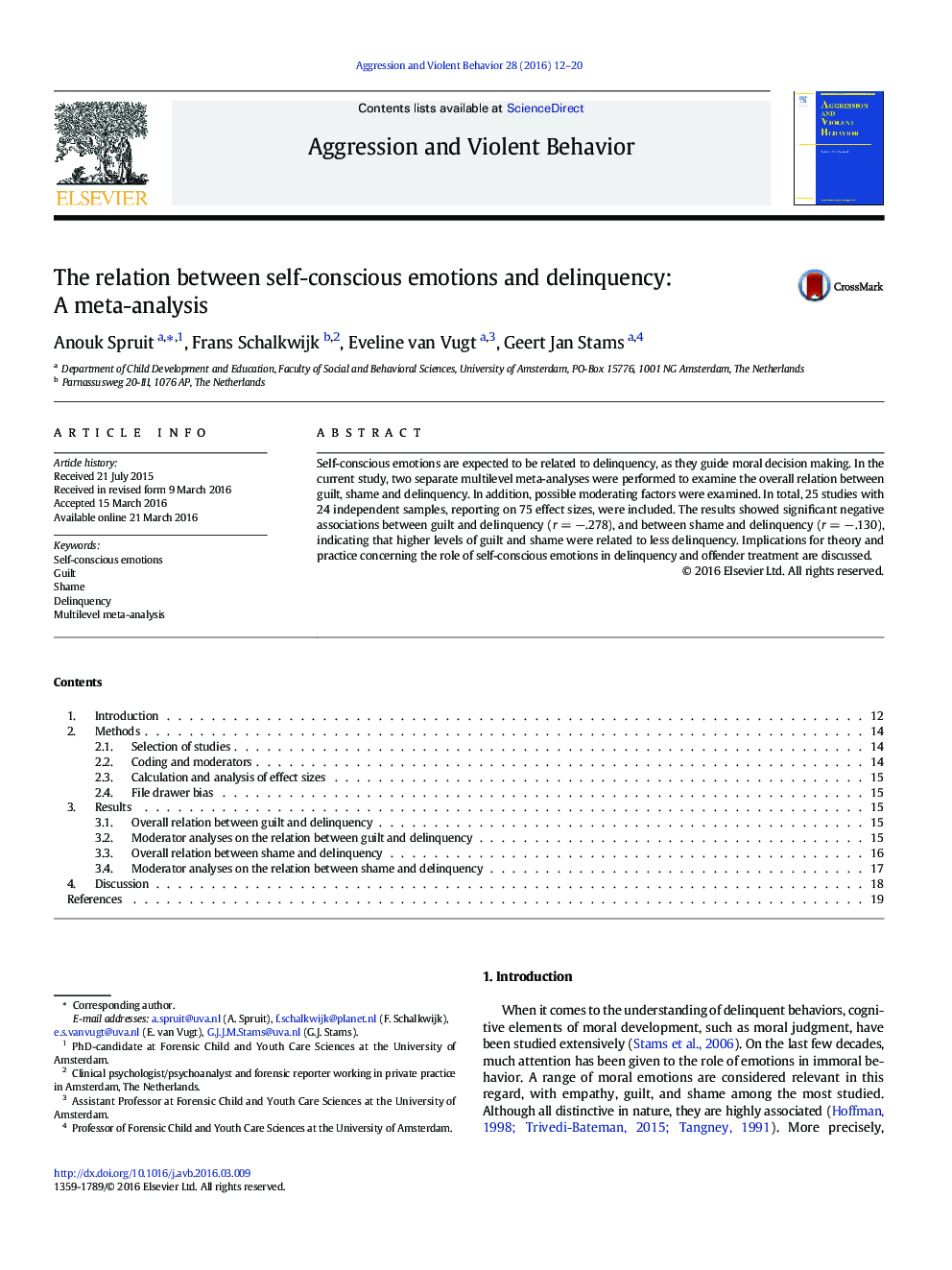 Self-conscious emotions are expected to be related to delinquency, as they guide moral decision making. In the current study, two separate multilevel meta-analyses were performed to examine the overall relation between guilt, shame and delinquency. In addition, possible moderating factors were examined. In total, 25 studies with 24 independent samples, reporting on 75 effect sizes, were included. The results showed significant negative associations between guilt and delinquency (r = −.278), and between shame and delinquency (r = −.130), indicating that higher levels of guilt and shame were related to less delinquency. Implications for theory and practice concerning the role of self-conscious emotions in delinquency and offender treatment are discussed.