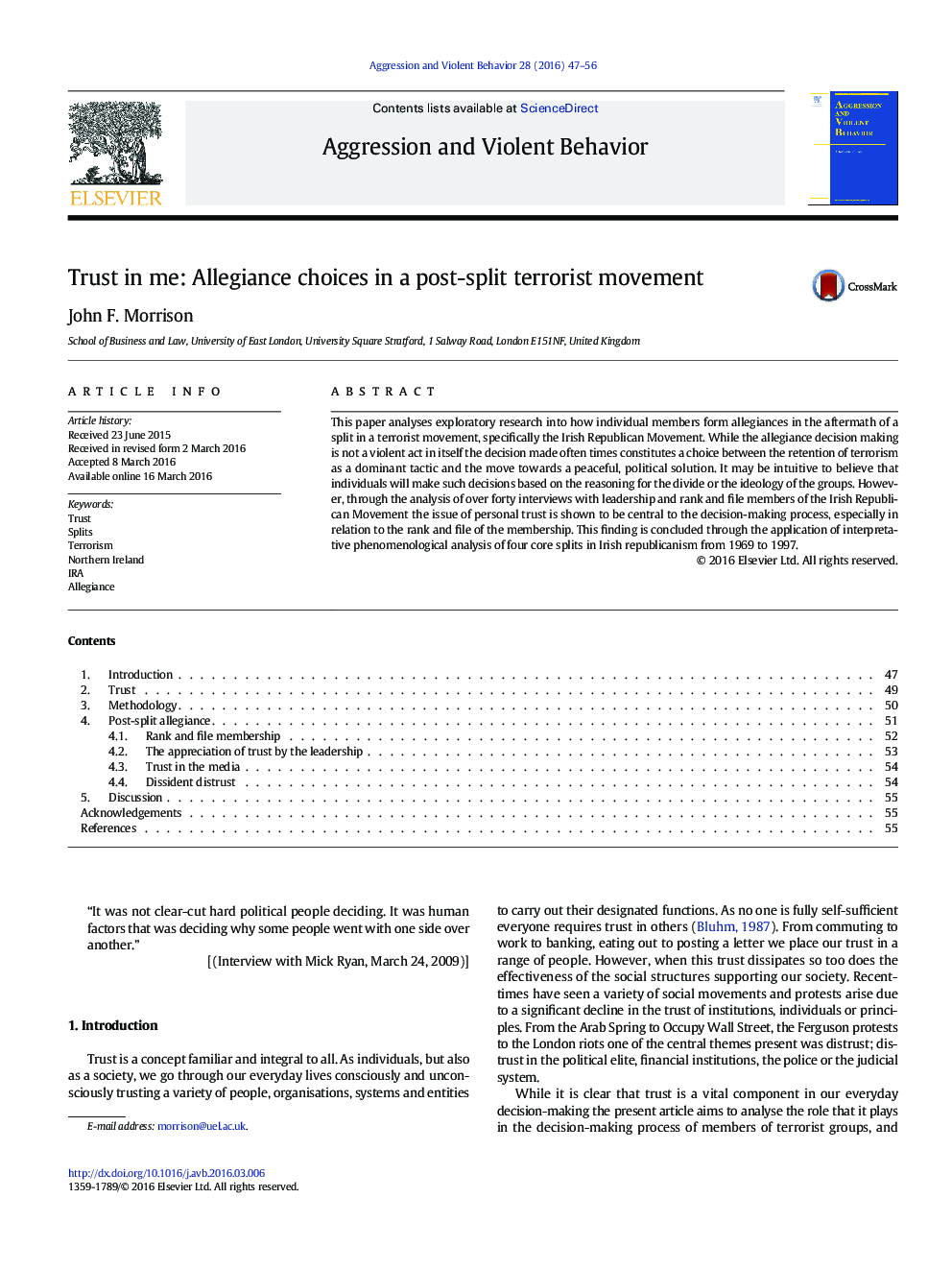 This paper analyses exploratory research into how individual members form allegiances in the aftermath of a split in a terrorist movement, specifically the Irish Republican Movement. While the allegiance decision making is not a violent act in itself the decision made often times constitutes a choice between the retention of terrorism as a dominant tactic and the move towards a peaceful, political solution. It may be intuitive to believe that individuals will make such decisions based on the reasoning for the divide or the ideology of the groups. However, through the analysis of over forty interviews with leadership and rank and file members of the Irish Republican Movement the issue of personal trust is shown to be central to the decision-making process, especially in relation to the rank and file of the membership. This finding is concluded through the application of interpretative phenomenological analysis of four core splits in Irish republicanism from 1969 to 1997.