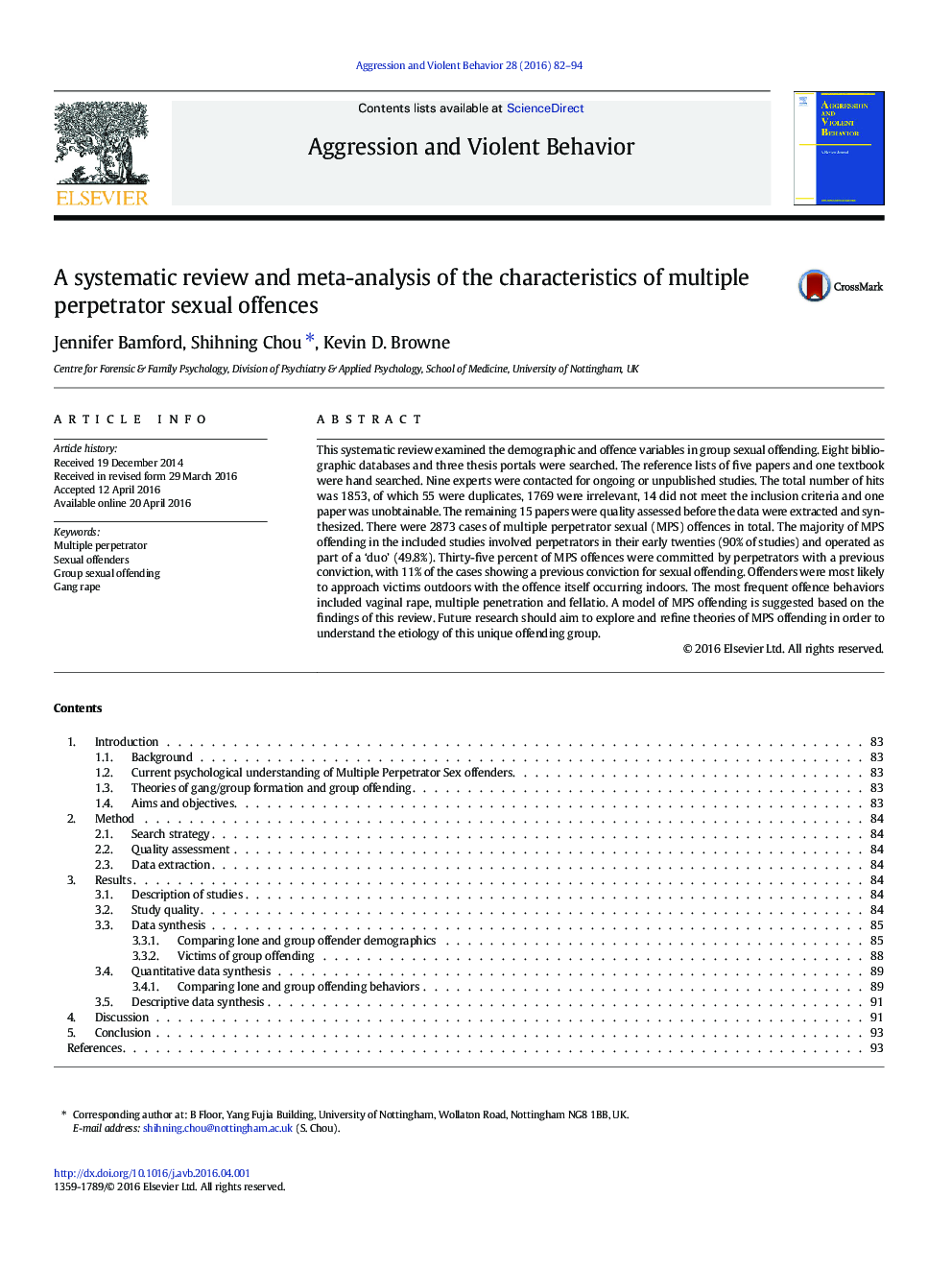 • Studies with no control group may underestimate the substance misuse of MPSOs.
• The majority of MPSOs is more likely to be in early twenties and offended in pairs.
• MPSOs tended to approach their victim outdoors and be strangers to the victim.
• A number of differences in offence behaviors were found.

This systematic review examined the demographic and offence variables in group sexual offending. Eight bibliographic databases and three thesis portals were searched. The reference lists of five papers and one textbook were hand searched. Nine experts were contacted for ongoing or unpublished studies. The total number of hits was 1853, of which 55 were duplicates, 1769 were irrelevant, 14 did not meet the inclusion criteria and one paper was unobtainable. The remaining 15 papers were quality assessed before the data were extracted and synthesized. There were 2873 cases of multiple perpetrator sexual (MPS) offences in total. The majority of MPS offending in the included studies involved perpetrators in their early twenties (90% of studies) and operated as part of a ‘duo’ (49.8%). Thirty-five percent of MPS offences were committed by perpetrators with a previous conviction, with 11% of the cases showing a previous conviction for sexual offending. Offenders were most likely to approach victims outdoors with the offence itself occurring indoors. The most frequent offence behaviors included vaginal rape, multiple penetration and fellatio. A model of MPS offending is suggested based on the findings of this review. Future research should aim to explore and refine theories of MPS offending in order to understand the etiology of this unique offending group.