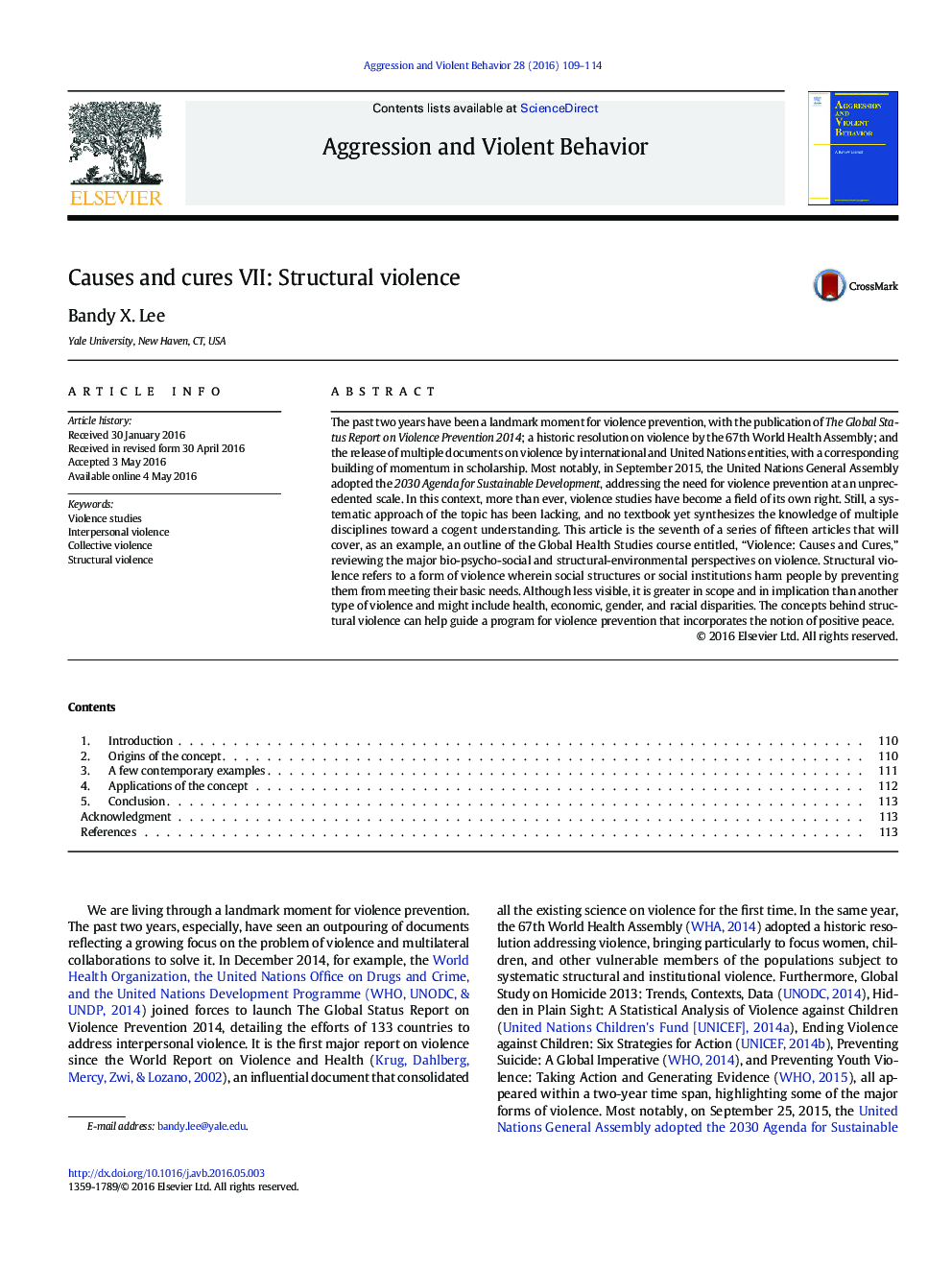 • Structural violence is a central concept for violence studies.
• It refers to a form of violence that harms through social structures or institutions.
• Contemporary examples include health, economic, gender, and racial disparities.
• Derivative forms might include cultural, political, symbolic, and everyday violence.
• The concept of structural violence can help guide peace research.

The past two years have been a landmark moment for violence prevention, with the publication of The Global Status Report on Violence Prevention 2014; a historic resolution on violence by the 67th World Health Assembly; and the release of multiple documents on violence by international and United Nations entities, with a corresponding building of momentum in scholarship. Most notably, in September 2015, the United Nations General Assembly adopted the 2030 Agenda for Sustainable Development, addressing the need for violence prevention at an unprecedented scale. In this context, more than ever, violence studies have become a field of its own right. Still, a systematic approach of the topic has been lacking, and no textbook yet synthesizes the knowledge of multiple disciplines toward a cogent understanding. This article is the seventh of a series of fifteen articles that will cover, as an example, an outline of the Global Health Studies course entitled, “Violence: Causes and Cures,” reviewing the major bio-psycho-social and structural-environmental perspectives on violence. Structural violence refers to a form of violence wherein social structures or social institutions harm people by preventing them from meeting their basic needs. Although less visible, it is greater in scope and in implication than another type of violence and might include health, economic, gender, and racial disparities. The concepts behind structural violence can help guide a program for violence prevention that incorporates the notion of positive peace.