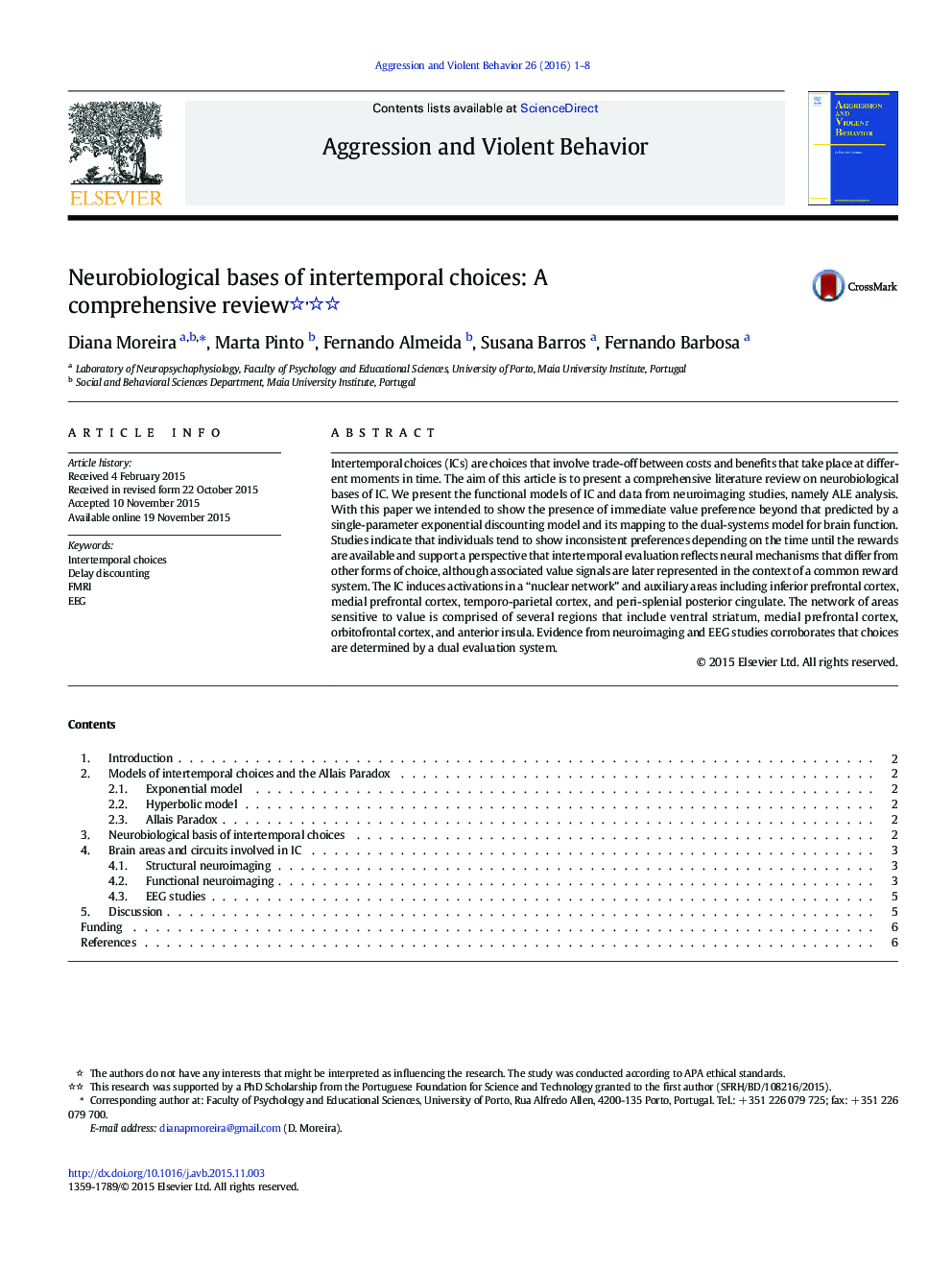 Intertemporal choices (ICs) are choices that involve trade-off between costs and benefits that take place at different moments in time. The aim of this article is to present a comprehensive literature review on neurobiological bases of IC. We present the functional models of IC and data from neuroimaging studies, namely ALE analysis. With this paper we intended to show the presence of immediate value preference beyond that predicted by a single-parameter exponential discounting model and its mapping to the dual-systems model for brain function. Studies indicate that individuals tend to show inconsistent preferences depending on the time until the rewards are available and support a perspective that intertemporal evaluation reflects neural mechanisms that differ from other forms of choice, although associated value signals are later represented in the context of a common reward system. The IC induces activations in a “nuclear network” and auxiliary areas including inferior prefrontal cortex, medial prefrontal cortex, temporo-parietal cortex, and peri-splenial posterior cingulate. The network of areas sensitive to value is comprised of several regions that include ventral striatum, medial prefrontal cortex, orbitofrontal cortex, and anterior insula. Evidence from neuroimaging and EEG studies corroborates that choices are determined by a dual evaluation system.