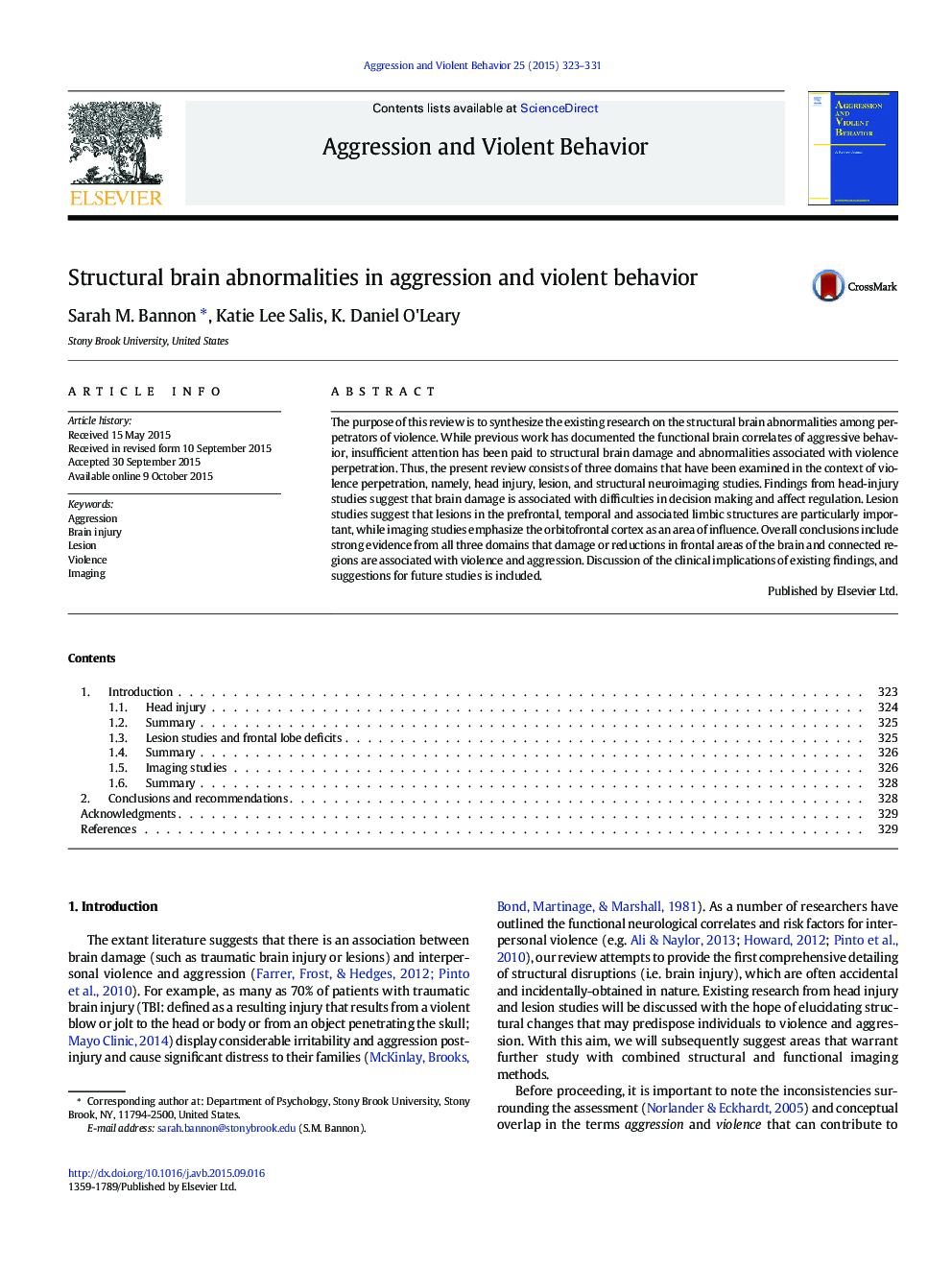 • We review research on the structural brain abnormalities associated with violence.
• Head injury can lead to deficits in decision-making and affect regulation.
• Lesion studies highlight prefrontal and temporal regions as areas linked to violence.
• Imaging studies suggest that the orbitofrontal cortex is an area of influence.
• Conclusion: Orbital/medial prefrontal cortex circuit is linked with aggression.

The purpose of this review is to synthesize the existing research on the structural brain abnormalities among perpetrators of violence. While previous work has documented the functional brain correlates of aggressive behavior, insufficient attention has been paid to structural brain damage and abnormalities associated with violence perpetration. Thus, the present review consists of three domains that have been examined in the context of violence perpetration, namely, head injury, lesion, and structural neuroimaging studies. Findings from head-injury studies suggest that brain damage is associated with difficulties in decision making and affect regulation. Lesion studies suggest that lesions in the prefrontal, temporal and associated limbic structures are particularly important, while imaging studies emphasize the orbitofrontal cortex as an area of influence. Overall conclusions include strong evidence from all three domains that damage or reductions in frontal areas of the brain and connected regions are associated with violence and aggression. Discussion of the clinical implications of existing findings, and suggestions for future studies is included.