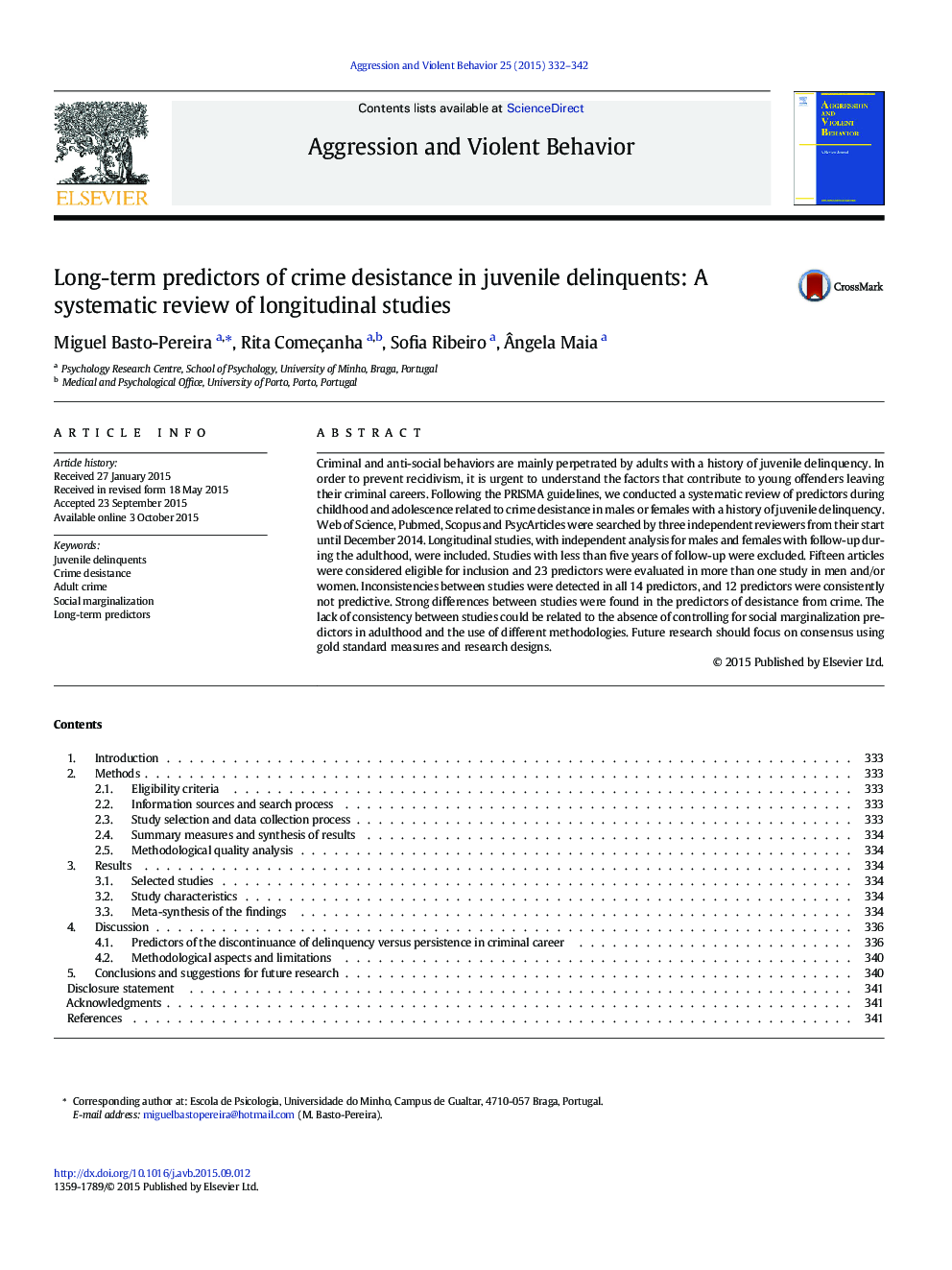 • We conducted a systematic review evaluating predictors of desistance from crime.
• 23 predictors were analyzed in more than one study.
• Strong inconsistencies were detected between studies.
• Future studies should control for dimensions of social integration in adult age.
• Research on gold standard measures and research designs is a priority.

Criminal and anti-social behaviors are mainly perpetrated by adults with a history of juvenile delinquency. In order to prevent recidivism, it is urgent to understand the factors that contribute to young offenders leaving their criminal careers. Following the PRISMA guidelines, we conducted a systematic review of predictors during childhood and adolescence related to crime desistance in males or females with a history of juvenile delinquency. Web of Science, Pubmed, Scopus and PsycArticles were searched by three independent reviewers from their start until December 2014. Longitudinal studies, with independent analysis for males and females with follow-up during the adulthood, were included. Studies with less than five years of follow-up were excluded. Fifteen articles were considered eligible for inclusion and 23 predictors were evaluated in more than one study in men and/or women. Inconsistencies between studies were detected in all 14 predictors, and 12 predictors were consistently not predictive. Strong differences between studies were found in the predictors of desistance from crime. The lack of consistency between studies could be related to the absence of controlling for social marginalization predictors in adulthood and the use of different methodologies. Future research should focus on consensus using gold standard measures and research designs.