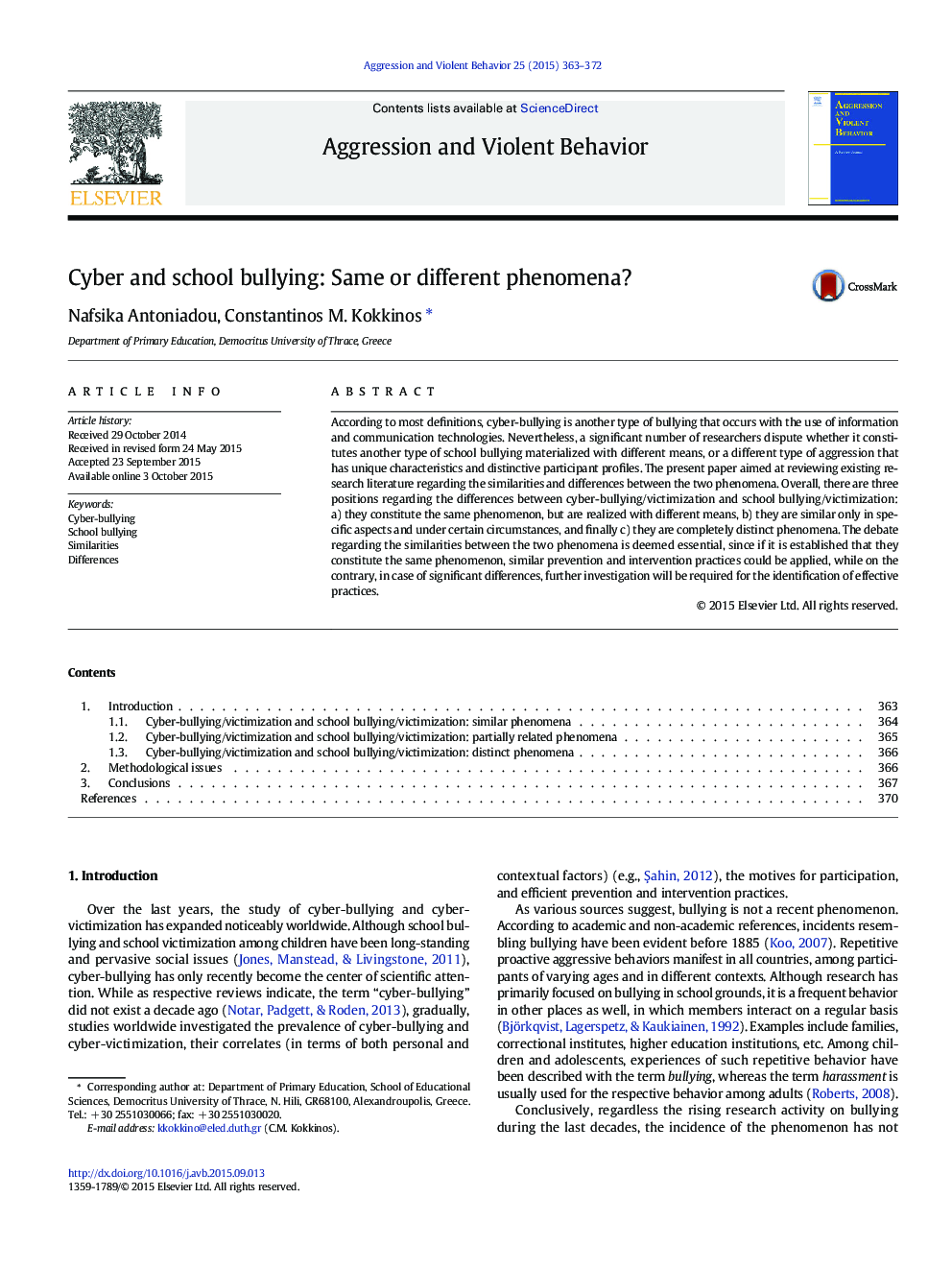 • Three positions exist regarding the differences between cyber and school bullying.
• Existing studies investigating both phenomena simultaneously differ in methodology.
• Although both phenomena are not totally similar they have significant discrepancies.

According to most definitions, cyber-bullying is another type of bullying that occurs with the use of information and communication technologies. Nevertheless, a significant number of researchers dispute whether it constitutes another type of school bullying materialized with different means, or a different type of aggression that has unique characteristics and distinctive participant profiles. The present paper aimed at reviewing existing research literature regarding the similarities and differences between the two phenomena. Overall, there are three positions regarding the differences between cyber-bullying/victimization and school bullying/victimization: a) they constitute the same phenomenon, but are realized with different means, b) they are similar only in specific aspects and under certain circumstances, and finally c) they are completely distinct phenomena. The debate regarding the similarities between the two phenomena is deemed essential, since if it is established that they constitute the same phenomenon, similar prevention and intervention practices could be applied, while on the contrary, in case of significant differences, further investigation will be required for the identification of effective practices.