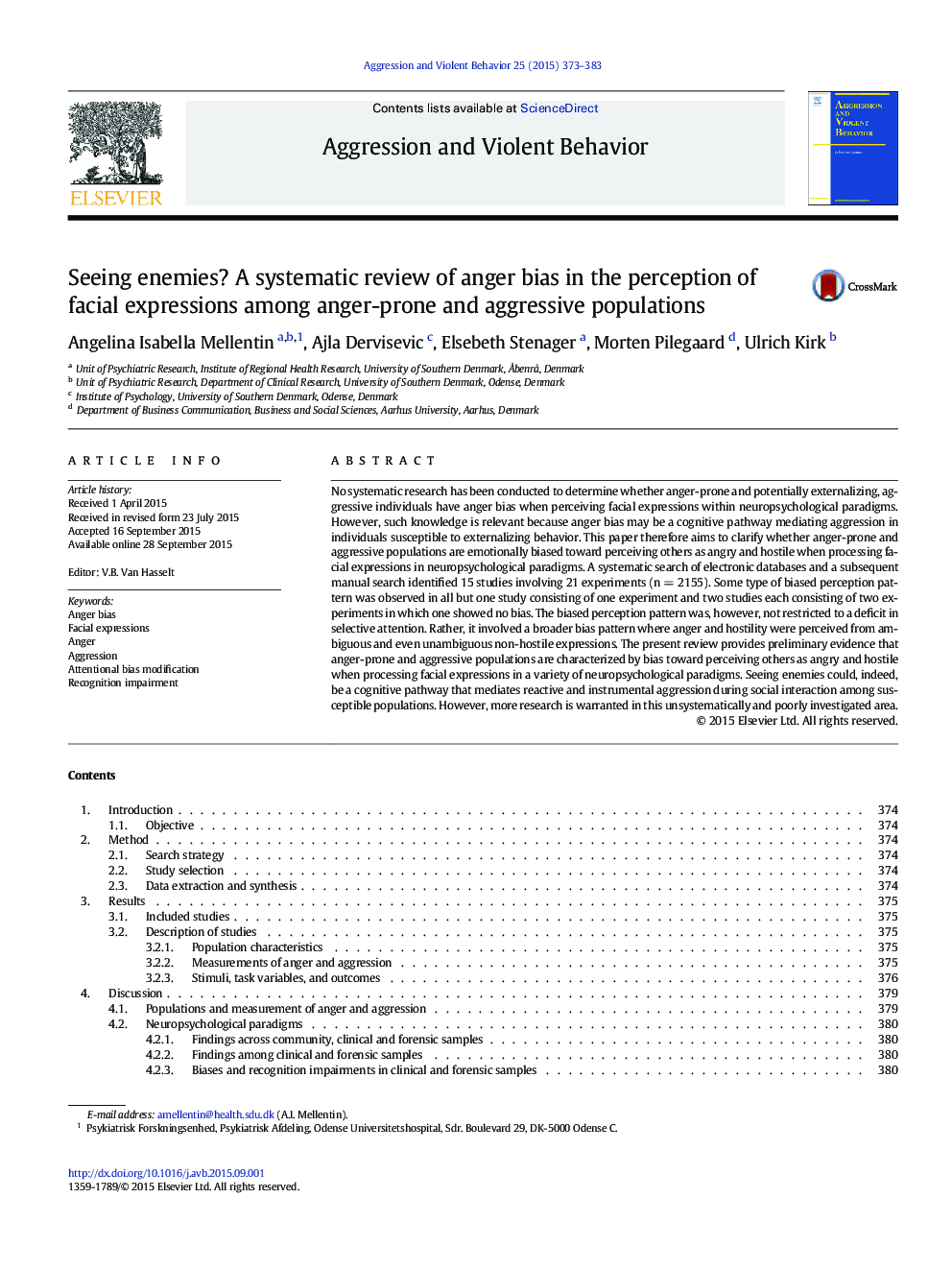 No systematic research has been conducted to determine whether anger-prone and potentially externalizing, aggressive individuals have anger bias when perceiving facial expressions within neuropsychological paradigms. However, such knowledge is relevant because anger bias may be a cognitive pathway mediating aggression in individuals susceptible to externalizing behavior. This paper therefore aims to clarify whether anger-prone and aggressive populations are emotionally biased toward perceiving others as angry and hostile when processing facial expressions in neuropsychological paradigms. A systematic search of electronic databases and a subsequent manual search identified 15 studies involving 21 experiments (n = 2155). Some type of biased perception pattern was observed in all but one study consisting of one experiment and two studies each consisting of two experiments in which one showed no bias. The biased perception pattern was, however, not restricted to a deficit in selective attention. Rather, it involved a broader bias pattern where anger and hostility were perceived from ambiguous and even unambiguous non-hostile expressions. The present review provides preliminary evidence that anger-prone and aggressive populations are characterized by bias toward perceiving others as angry and hostile when processing facial expressions in a variety of neuropsychological paradigms. Seeing enemies could, indeed, be a cognitive pathway that mediates reactive and instrumental aggression during social interaction among susceptible populations. However, more research is warranted in this unsystematically and poorly investigated area.