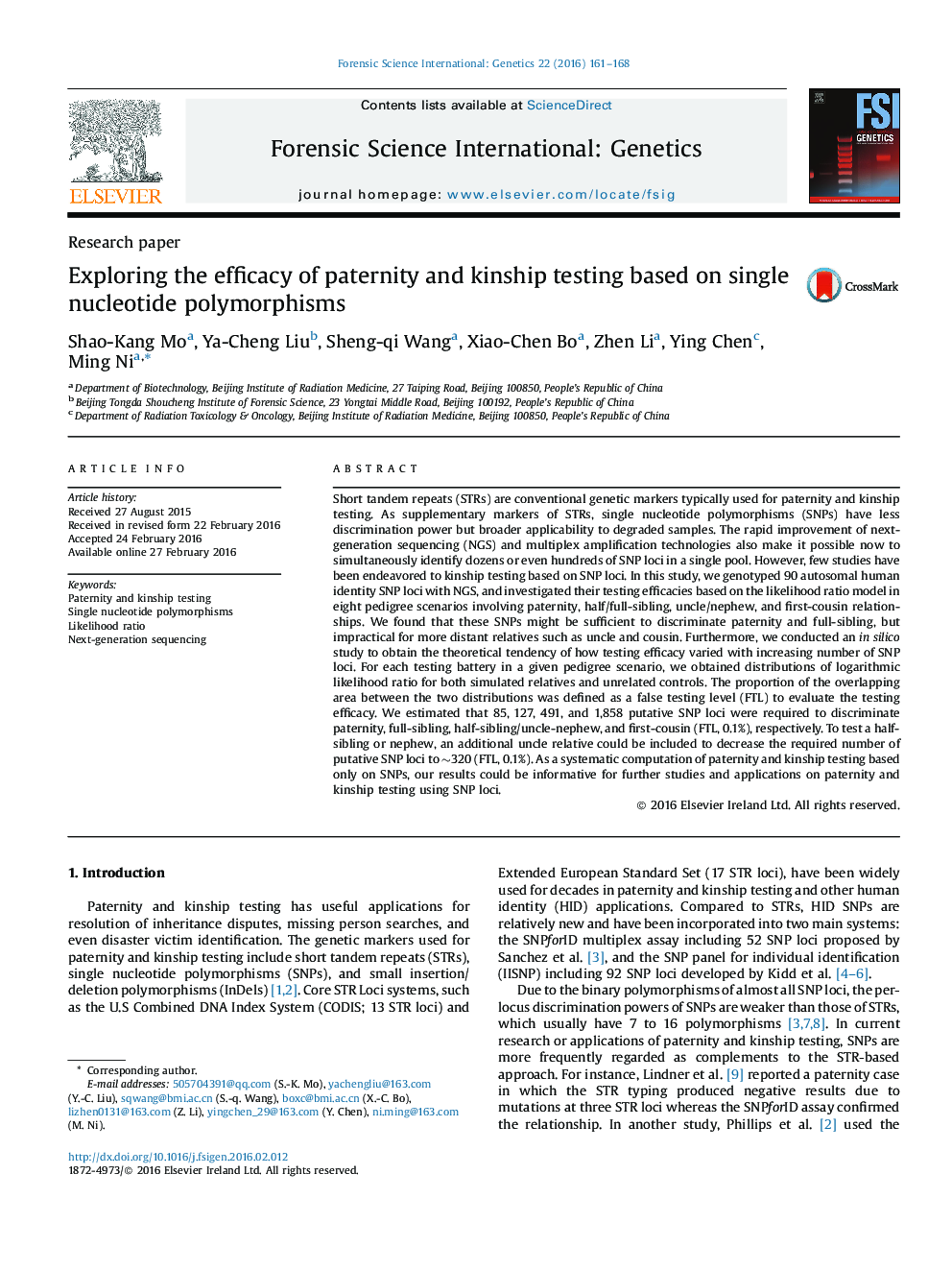 Short tandem repeats (STRs) are conventional genetic markers typically used for paternity and kinship testing. As supplementary markers of STRs, single nucleotide polymorphisms (SNPs) have less discrimination power but broader applicability to degraded samples. The rapid improvement of next-generation sequencing (NGS) and multiplex amplification technologies also make it possible now to simultaneously identify dozens or even hundreds of SNP loci in a single pool. However, few studies have been endeavored to kinship testing based on SNP loci. In this study, we genotyped 90 autosomal human identity SNP loci with NGS, and investigated their testing efficacies based on the likelihood ratio model in eight pedigree scenarios involving paternity, half/full-sibling, uncle/nephew, and first-cousin relationships. We found that these SNPs might be sufficient to discriminate paternity and full-sibling, but impractical for more distant relatives such as uncle and cousin. Furthermore, we conducted an in silico study to obtain the theoretical tendency of how testing efficacy varied with increasing number of SNP loci. For each testing battery in a given pedigree scenario, we obtained distributions of logarithmic likelihood ratio for both simulated relatives and unrelated controls. The proportion of the overlapping area between the two distributions was defined as a false testing level (FTL) to evaluate the testing efficacy. We estimated that 85, 127, 491, and 1,858 putative SNP loci were required to discriminate paternity, full-sibling, half-sibling/uncle-nephew, and first-cousin (FTL, 0.1%), respectively. To test a half-sibling or nephew, an additional uncle relative could be included to decrease the required number of putative SNP loci to ∼320 (FTL, 0.1%). As a systematic computation of paternity and kinship testing based only on SNPs, our results could be informative for further studies and applications on paternity and kinship testing using SNP loci.