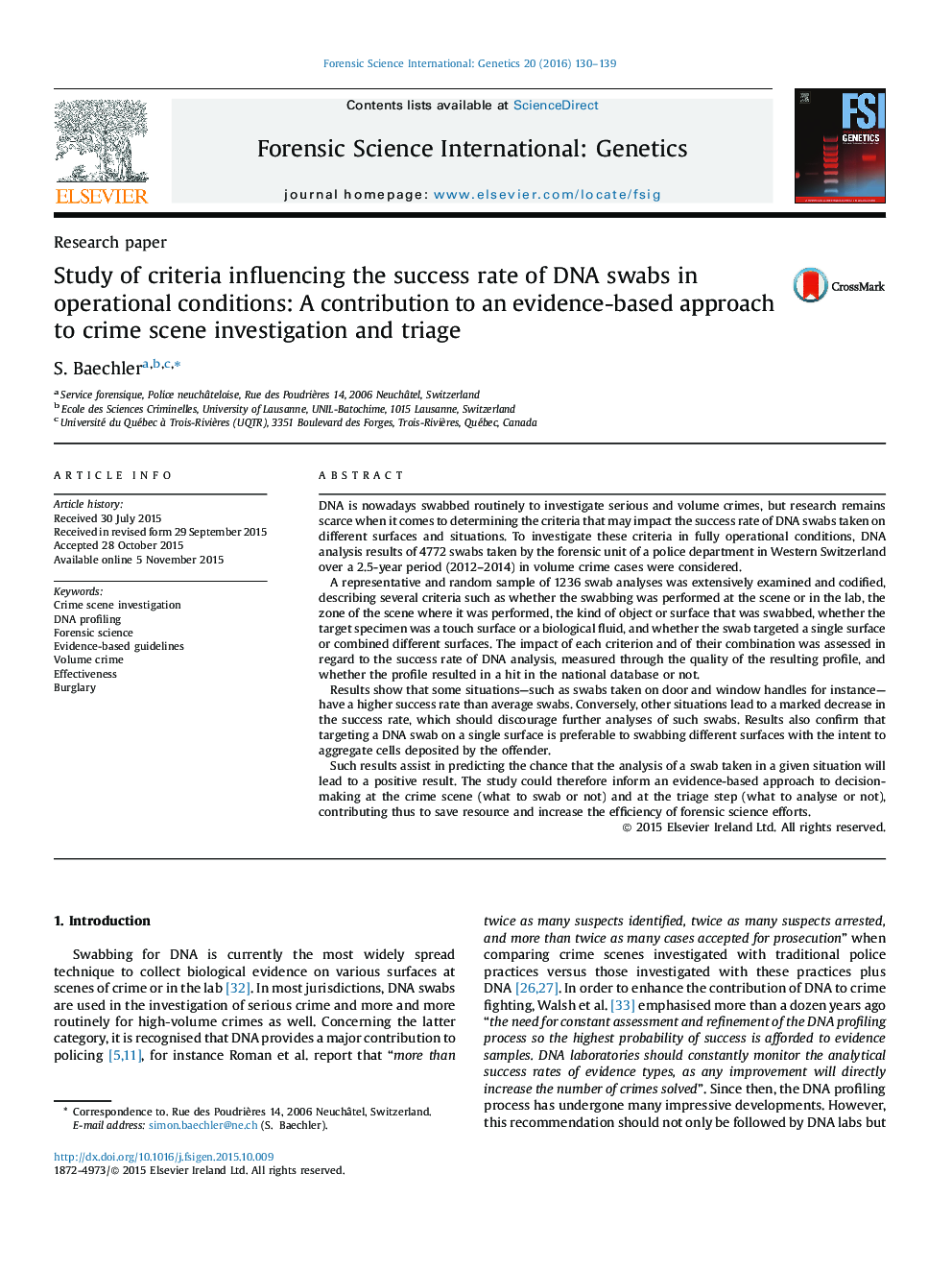 DNA is nowadays swabbed routinely to investigate serious and volume crimes, but research remains scarce when it comes to determining the criteria that may impact the success rate of DNA swabs taken on different surfaces and situations. To investigate these criteria in fully operational conditions, DNA analysis results of 4772 swabs taken by the forensic unit of a police department in Western Switzerland over a 2.5-year period (2012–2014) in volume crime cases were considered.A representative and random sample of 1236 swab analyses was extensively examined and codified, describing several criteria such as whether the swabbing was performed at the scene or in the lab, the zone of the scene where it was performed, the kind of object or surface that was swabbed, whether the target specimen was a touch surface or a biological fluid, and whether the swab targeted a single surface or combined different surfaces. The impact of each criterion and of their combination was assessed in regard to the success rate of DNA analysis, measured through the quality of the resulting profile, and whether the profile resulted in a hit in the national database or not.Results show that some situations—such as swabs taken on door and window handles for instance—have a higher success rate than average swabs. Conversely, other situations lead to a marked decrease in the success rate, which should discourage further analyses of such swabs. Results also confirm that targeting a DNA swab on a single surface is preferable to swabbing different surfaces with the intent to aggregate cells deposited by the offender.Such results assist in predicting the chance that the analysis of a swab taken in a given situation will lead to a positive result. The study could therefore inform an evidence-based approach to decision-making at the crime scene (what to swab or not) and at the triage step (what to analyse or not), contributing thus to save resource and increase the efficiency of forensic science efforts.