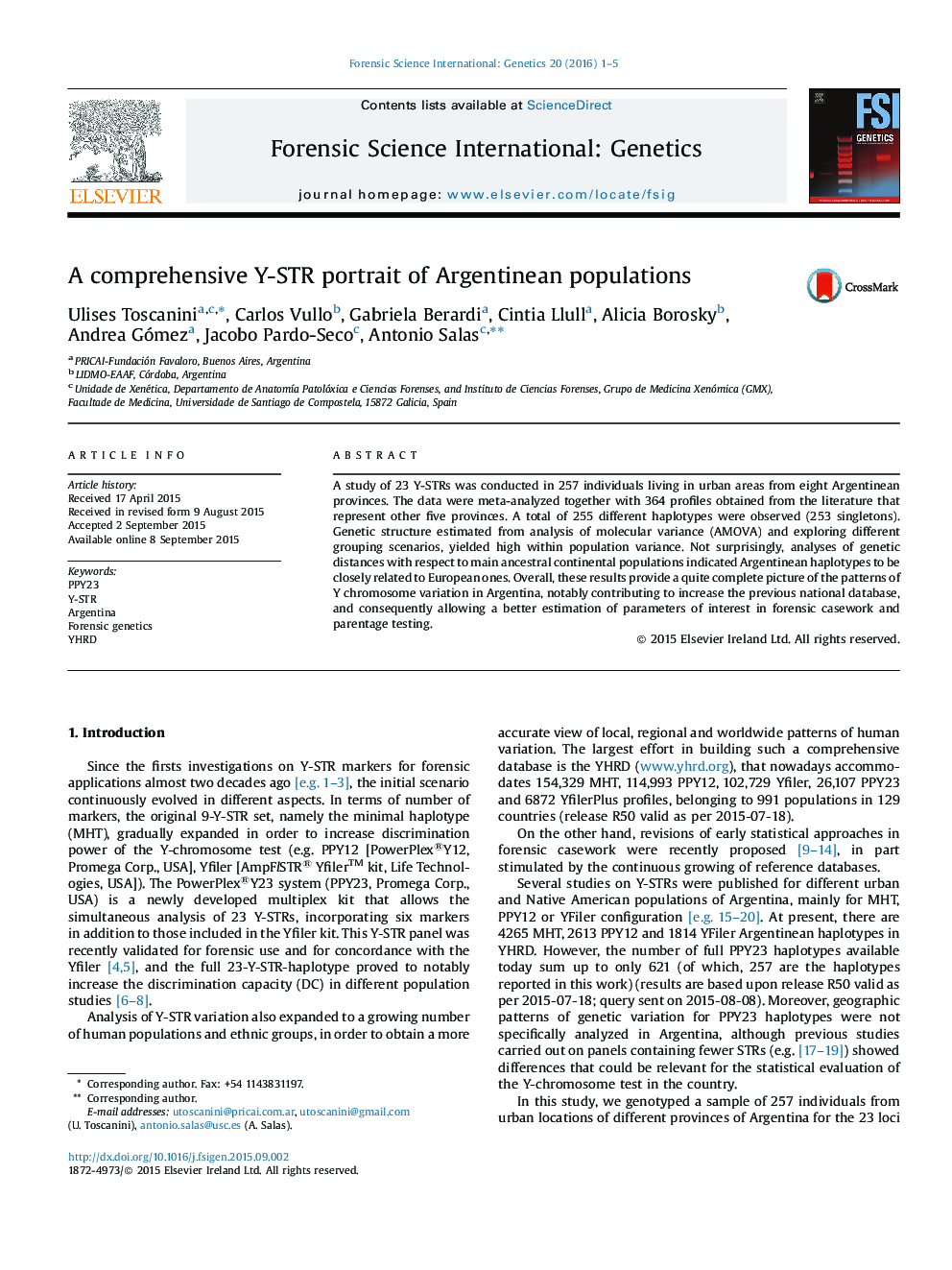 • A comprehensive Y-STR analysis (Powerplex®Y23, Promega Corp.) of Argentinean populations was performed.
• Population comparisons were carried out including different worldwide populations previously studied.
• Enhanced discrimination capacity was observed through the analysis of this set of markers in Argentina.
• Results suggest a predominant male Eurasian component in Argentina.
• No population stratification could be observed for the 23 Y-STR panel.

A study of 23 Y-STRs was conducted in 257 individuals living in urban areas from eight Argentinean provinces. The data were meta-analyzed together with 364 profiles obtained from the literature that represent other five provinces. A total of 255 different haplotypes were observed (253 singletons). Genetic structure estimated from analysis of molecular variance (AMOVA) and exploring different grouping scenarios, yielded high within population variance. Not surprisingly, analyses of genetic distances with respect to main ancestral continental populations indicated Argentinean haplotypes to be closely related to European ones. Overall, these results provide a quite complete picture of the patterns of Y chromosome variation in Argentina, notably contributing to increase the previous national database, and consequently allowing a better estimation of parameters of interest in forensic casework and parentage testing.