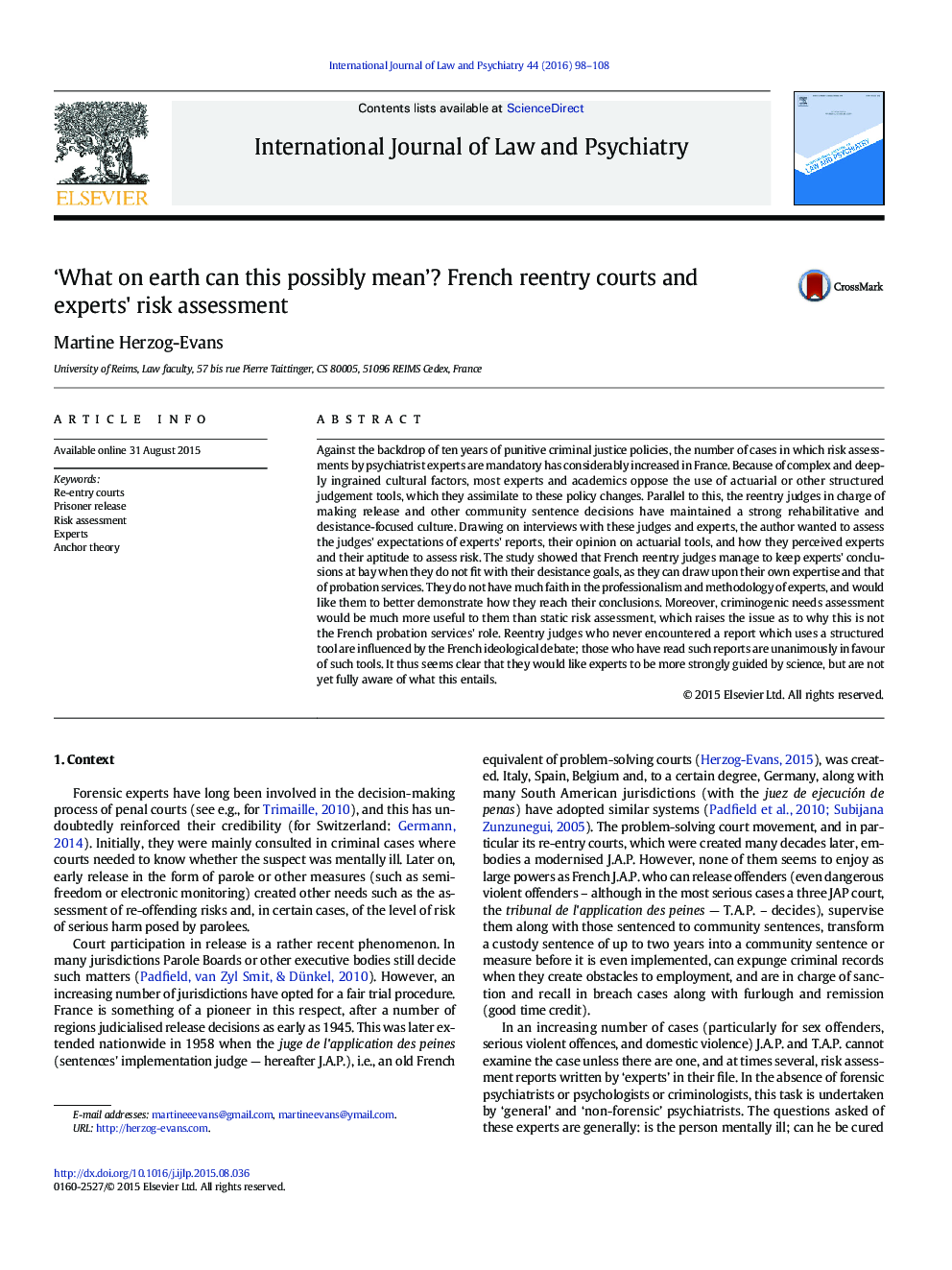 Against the backdrop of ten years of punitive criminal justice policies, the number of cases in which risk assessments by psychiatrist experts are mandatory has considerably increased in France. Because of complex and deeply ingrained cultural factors, most experts and academics oppose the use of actuarial or other structured judgement tools, which they assimilate to these policy changes. Parallel to this, the reentry judges in charge of making release and other community sentence decisions have maintained a strong rehabilitative and desistance-focused culture. Drawing on interviews with these judges and experts, the author wanted to assess the judges' expectations of experts' reports, their opinion on actuarial tools, and how they perceived experts and their aptitude to assess risk. The study showed that French reentry judges manage to keep experts' conclusions at bay when they do not fit with their desistance goals, as they can draw upon their own expertise and that of probation services. They do not have much faith in the professionalism and methodology of experts, and would like them to better demonstrate how they reach their conclusions. Moreover, criminogenic needs assessment would be much more useful to them than static risk assessment, which raises the issue as to why this is not the French probation services' role. Reentry judges who never encountered a report which uses a structured tool are influenced by the French ideological debate; those who have read such reports are unanimously in favour of such tools. It thus seems clear that they would like experts to be more strongly guided by science, but are not yet fully aware of what this entails.