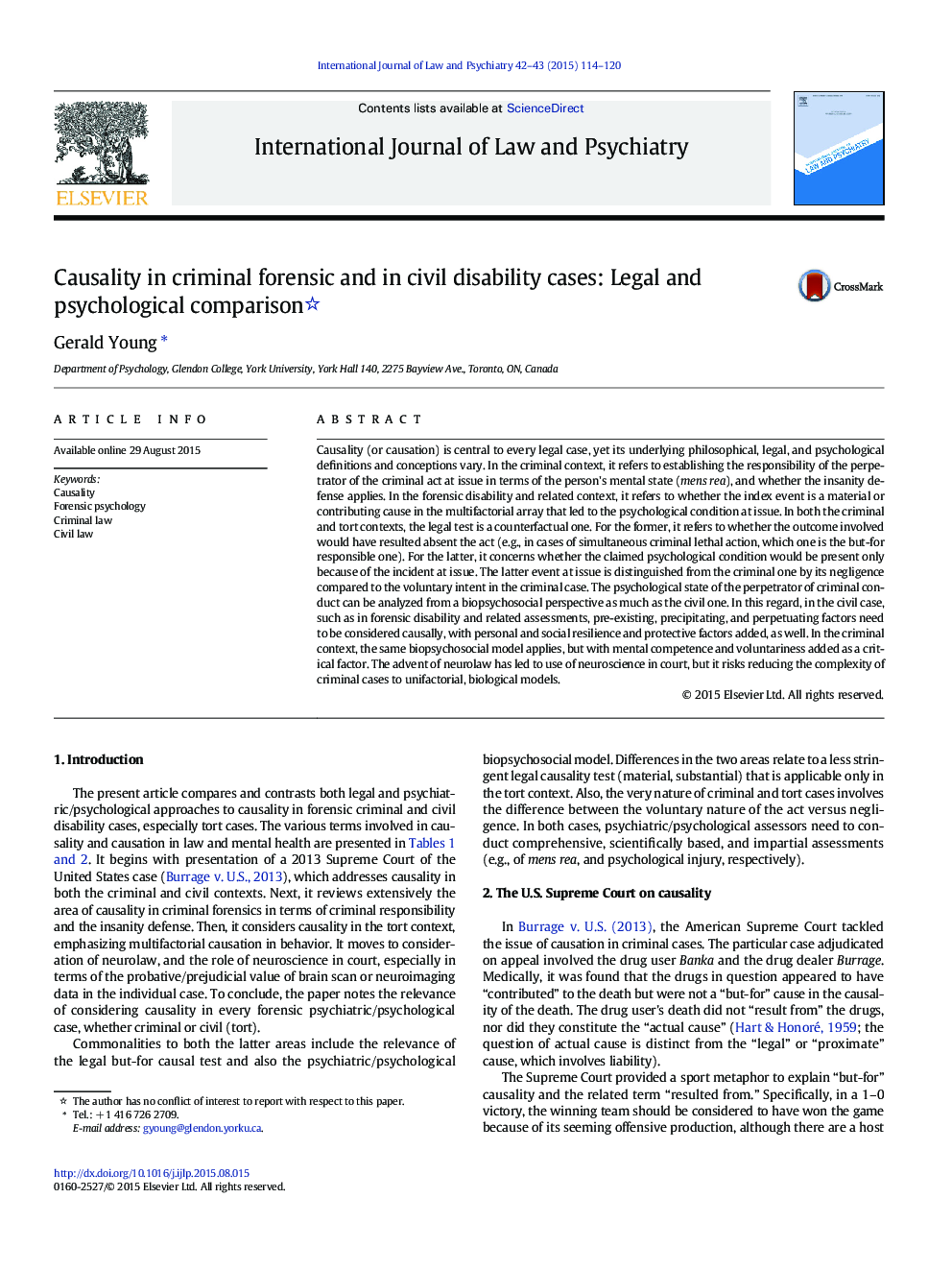 Causality (or causation) is central to every legal case, yet its underlying philosophical, legal, and psychological definitions and conceptions vary. In the criminal context, it refers to establishing the responsibility of the perpetrator of the criminal act at issue in terms of the person's mental state (mens rea), and whether the insanity defense applies. In the forensic disability and related context, it refers to whether the index event is a material or contributing cause in the multifactorial array that led to the psychological condition at issue. In both the criminal and tort contexts, the legal test is a counterfactual one. For the former, it refers to whether the outcome involved would have resulted absent the act (e.g., in cases of simultaneous criminal lethal action, which one is the but-for responsible one). For the latter, it concerns whether the claimed psychological condition would be present only because of the incident at issue. The latter event at issue is distinguished from the criminal one by its negligence compared to the voluntary intent in the criminal case. The psychological state of the perpetrator of criminal conduct can be analyzed from a biopsychosocial perspective as much as the civil one. In this regard, in the civil case, such as in forensic disability and related assessments, pre-existing, precipitating, and perpetuating factors need to be considered causally, with personal and social resilience and protective factors added, as well. In the criminal context, the same biopsychosocial model applies, but with mental competence and voluntariness added as a critical factor. The advent of neurolaw has led to use of neuroscience in court, but it risks reducing the complexity of criminal cases to unifactorial, biological models.