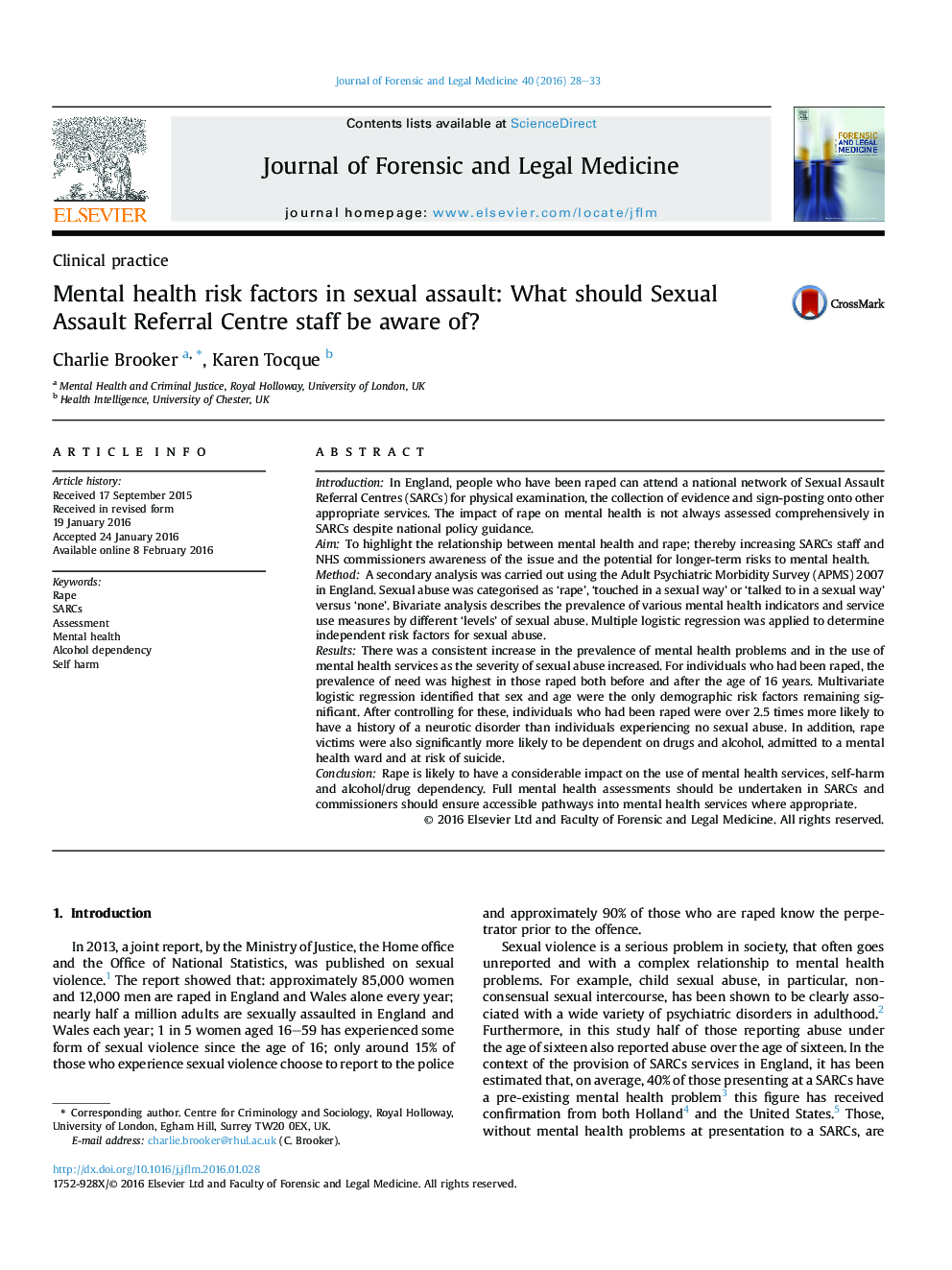 IntroductionIn England, people who have been raped can attend a national network of Sexual Assault Referral Centres (SARCs) for physical examination, the collection of evidence and sign-posting onto other appropriate services. The impact of rape on mental health is not always assessed comprehensively in SARCs despite national policy guidance.AimTo highlight the relationship between mental health and rape; thereby increasing SARCs staff and NHS commissioners awareness of the issue and the potential for longer-term risks to mental health.MethodA secondary analysis was carried out using the Adult Psychiatric Morbidity Survey (APMS) 2007 in England. Sexual abuse was categorised as ‘rape’, ‘touched in a sexual way’ or ‘talked to in a sexual way’ versus ‘none’. Bivariate analysis describes the prevalence of various mental health indicators and service use measures by different ‘levels’ of sexual abuse. Multiple logistic regression was applied to determine independent risk factors for sexual abuse.ResultsThere was a consistent increase in the prevalence of mental health problems and in the use of mental health services as the severity of sexual abuse increased. For individuals who had been raped, the prevalence of need was highest in those raped both before and after the age of 16 years. Multivariate logistic regression identified that sex and age were the only demographic risk factors remaining significant. After controlling for these, individuals who had been raped were over 2.5 times more likely to have a history of a neurotic disorder than individuals experiencing no sexual abuse. In addition, rape victims were also significantly more likely to be dependent on drugs and alcohol, admitted to a mental health ward and at risk of suicide.ConclusionRape is likely to have a considerable impact on the use of mental health services, self-harm and alcohol/drug dependency. Full mental health assessments should be undertaken in SARCs and commissioners should ensure accessible pathways into mental health services where appropriate.