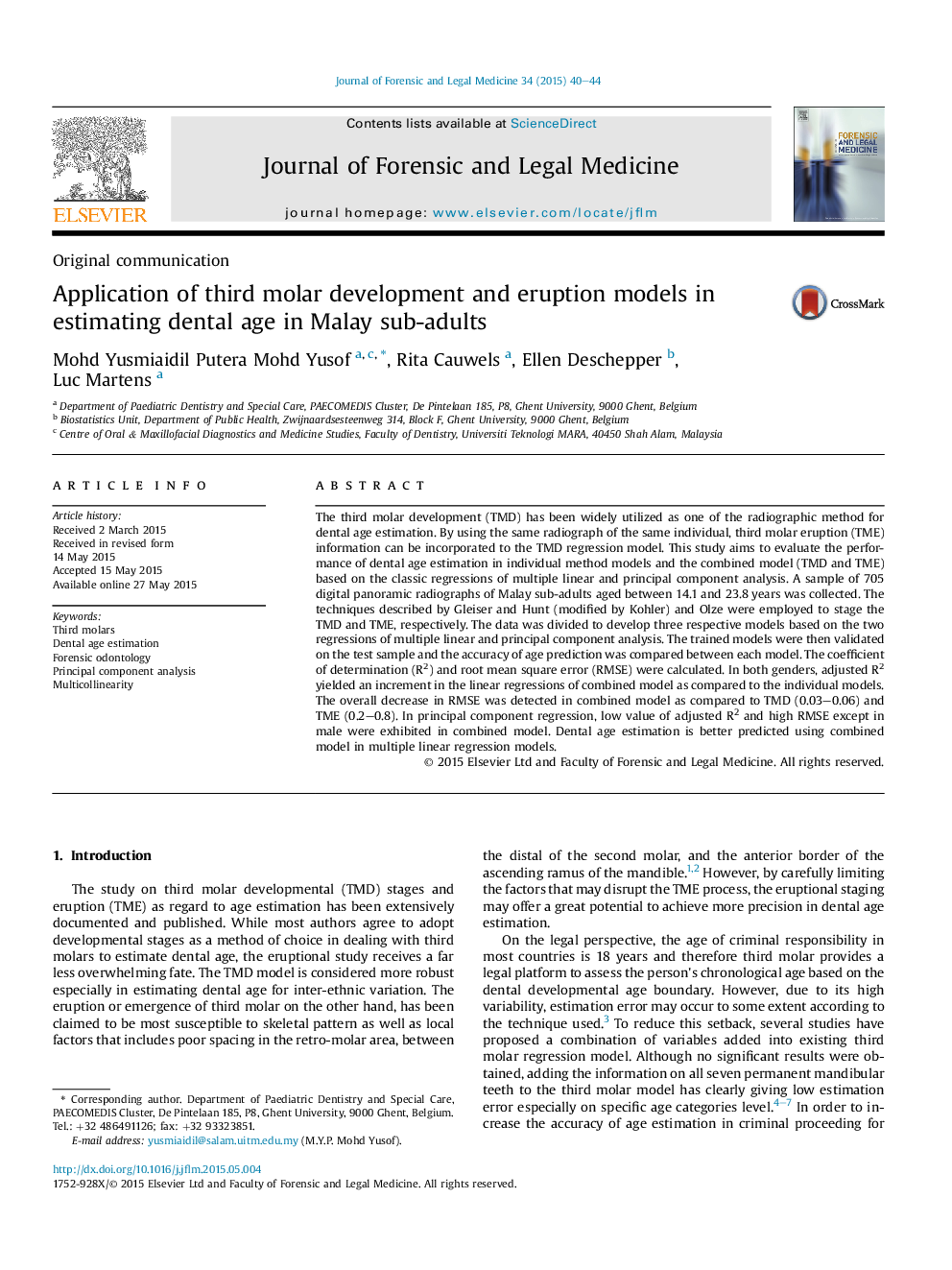 The third molar development (TMD) has been widely utilized as one of the radiographic method for dental age estimation. By using the same radiograph of the same individual, third molar eruption (TME) information can be incorporated to the TMD regression model. This study aims to evaluate the performance of dental age estimation in individual method models and the combined model (TMD and TME) based on the classic regressions of multiple linear and principal component analysis. A sample of 705 digital panoramic radiographs of Malay sub-adults aged between 14.1 and 23.8 years was collected. The techniques described by Gleiser and Hunt (modified by Kohler) and Olze were employed to stage the TMD and TME, respectively. The data was divided to develop three respective models based on the two regressions of multiple linear and principal component analysis. The trained models were then validated on the test sample and the accuracy of age prediction was compared between each model. The coefficient of determination (R²) and root mean square error (RMSE) were calculated. In both genders, adjusted R² yielded an increment in the linear regressions of combined model as compared to the individual models. The overall decrease in RMSE was detected in combined model as compared to TMD (0.03–0.06) and TME (0.2–0.8). In principal component regression, low value of adjusted R2 and high RMSE except in male were exhibited in combined model. Dental age estimation is better predicted using combined model in multiple linear regression models.