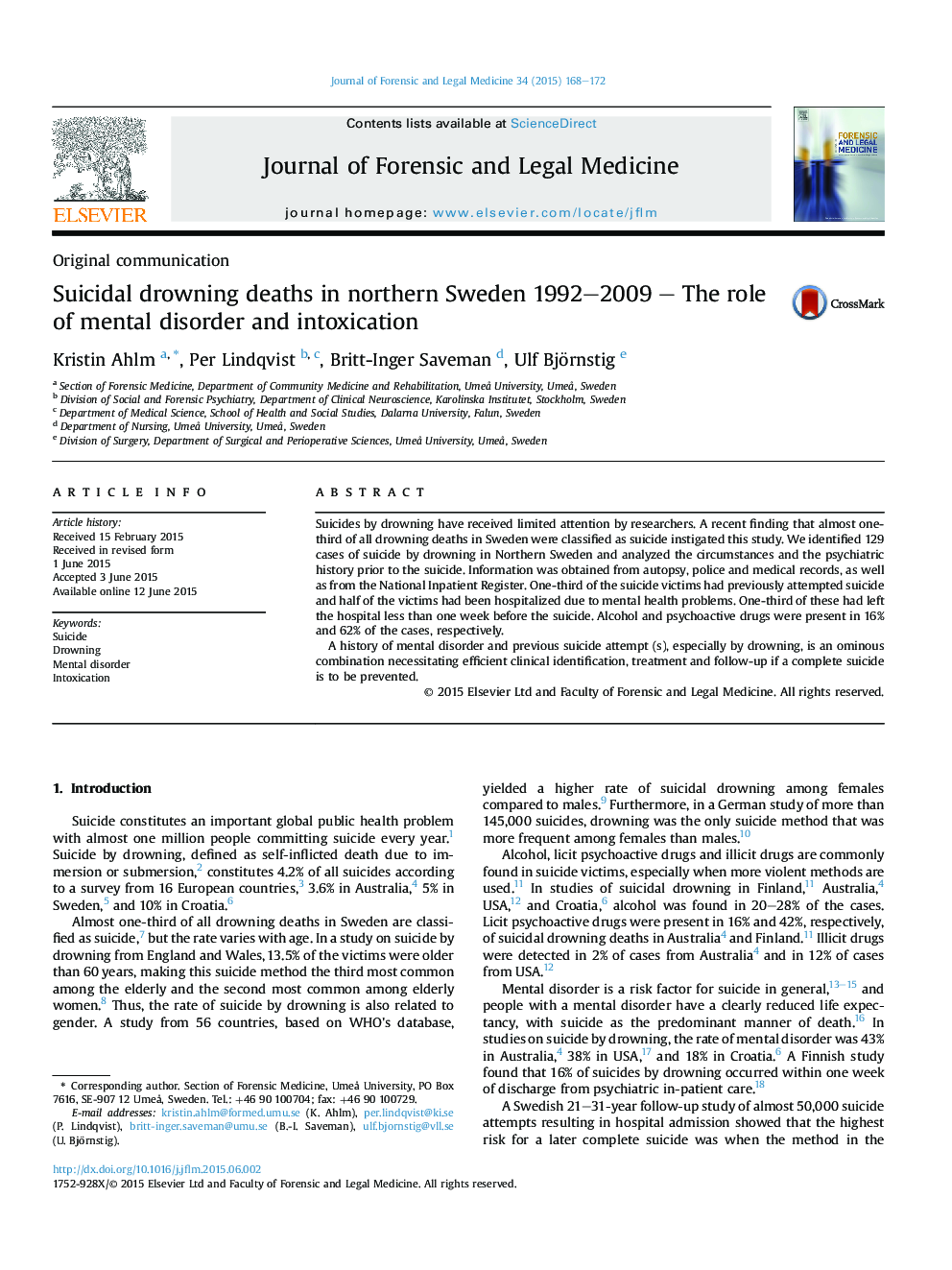 • We linked cases of suicidal drowning to data from the National Inpatient Register.
• A majority of these cases had a previous history of mental disorder was common among.
• Fifty-nine percent committed suicide within a month after discharge.
• One third of the victims had a history of previous suicide attempts.
• Alcohol and licit psychoactive drugs were found in half of the victims.

Suicides by drowning have received limited attention by researchers. A recent finding that almost one-third of all drowning deaths in Sweden were classified as suicide instigated this study. We identified 129 cases of suicide by drowning in Northern Sweden and analyzed the circumstances and the psychiatric history prior to the suicide. Information was obtained from autopsy, police and medical records, as well as from the National Inpatient Register. One-third of the suicide victims had previously attempted suicide and half of the victims had been hospitalized due to mental health problems. One-third of these had left the hospital less than one week before the suicide. Alcohol and psychoactive drugs were present in 16% and 62% of the cases, respectively.A history of mental disorder and previous suicide attempt (s), especially by drowning, is an ominous combination necessitating efficient clinical identification, treatment and follow-up if a complete suicide is to be prevented.