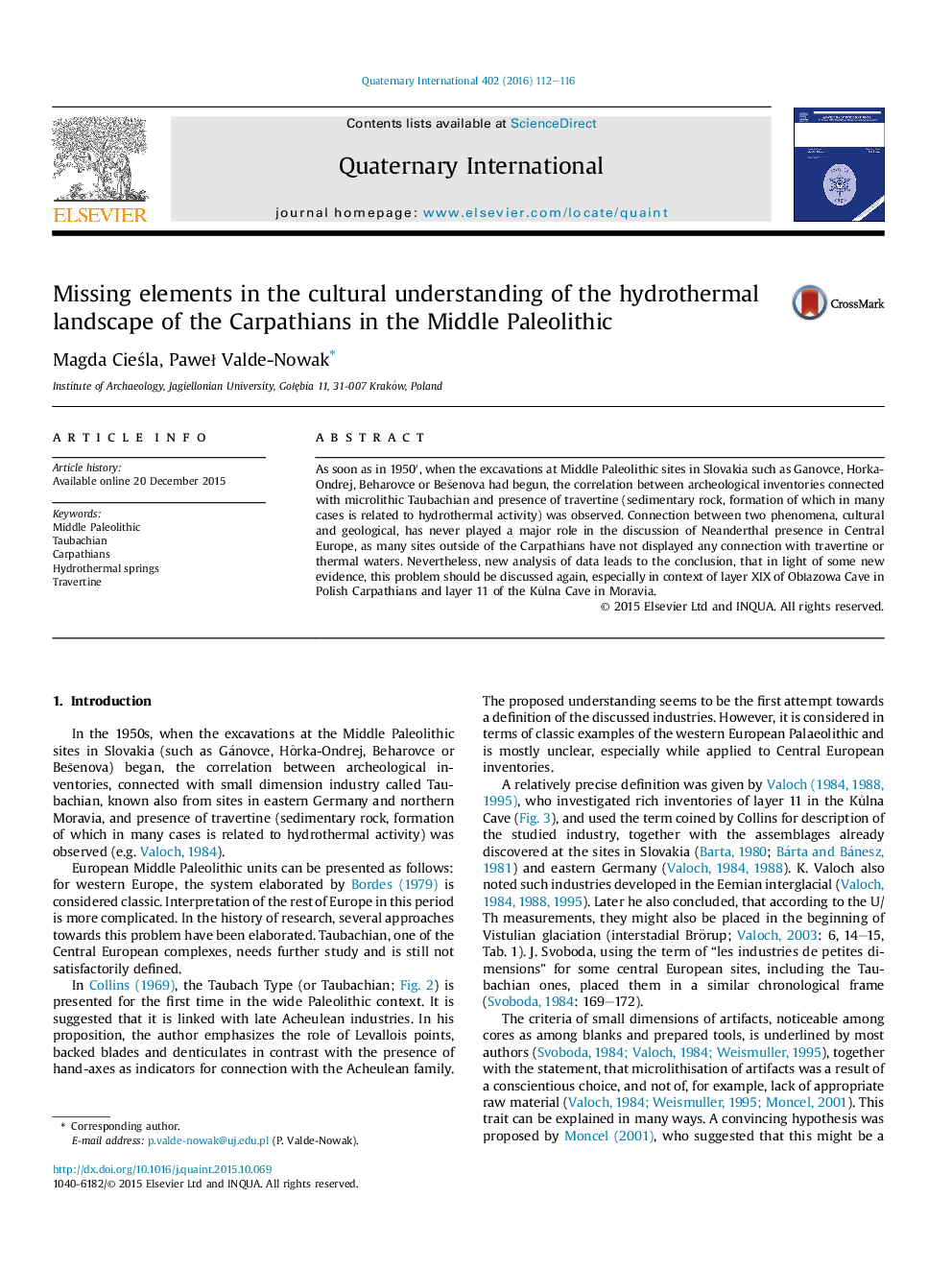 As soon as in 1950′, when the excavations at Middle Paleolithic sites in Slovakia such as Ganovce, Horka-Ondrej, Beharovce or Bešenova had begun, the correlation between archeological inventories connected with microlithic Taubachian and presence of travertine (sedimentary rock, formation of which in many cases is related to hydrothermal activity) was observed. Connection between two phenomena, cultural and geological, has never played a major role in the discussion of Neanderthal presence in Central Europe, as many sites outside of the Carpathians have not displayed any connection with travertine or thermal waters. Nevertheless, new analysis of data leads to the conclusion, that in light of some new evidence, this problem should be discussed again, especially in context of layer XIX of Obłazowa Cave in Polish Carpathians and layer 11 of the Kůlna Cave in Moravia.