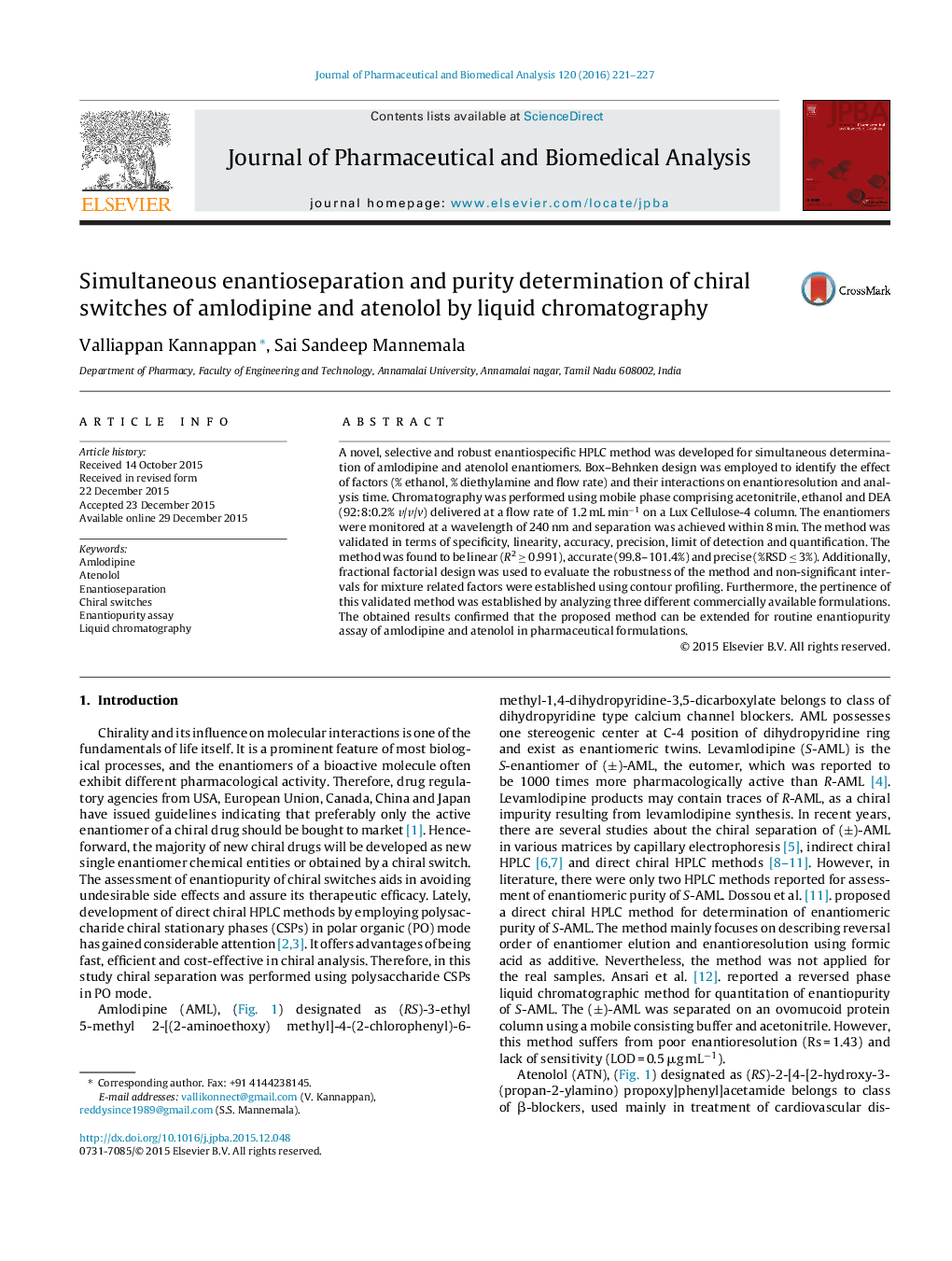 A novel, selective and robust enantiospecific HPLC method was developed for simultaneous determination of amlodipine and atenolol enantiomers. Box–Behnken design was employed to identify the effect of factors (% ethanol, % diethylamine and flow rate) and their interactions on enantioresolution and analysis time. Chromatography was performed using mobile phase comprising acetonitrile, ethanol and DEA (92:8:0.2% v/v/v) delivered at a flow rate of 1.2 mL min−1 on a Lux Cellulose-4 column. The enantiomers were monitored at a wavelength of 240 nm and separation was achieved within 8 min. The method was validated in terms of specificity, linearity, accuracy, precision, limit of detection and quantification. The method was found to be linear (R2 ≥ 0.991), accurate (99.8–101.4%) and precise (%RSD ≤ 3%). Additionally, fractional factorial design was used to evaluate the robustness of the method and non-significant intervals for mixture related factors were established using contour profiling. Furthermore, the pertinence of this validated method was established by analyzing three different commercially available formulations. The obtained results confirmed that the proposed method can be extended for routine enantiopurity assay of amlodipine and atenolol in pharmaceutical formulations.