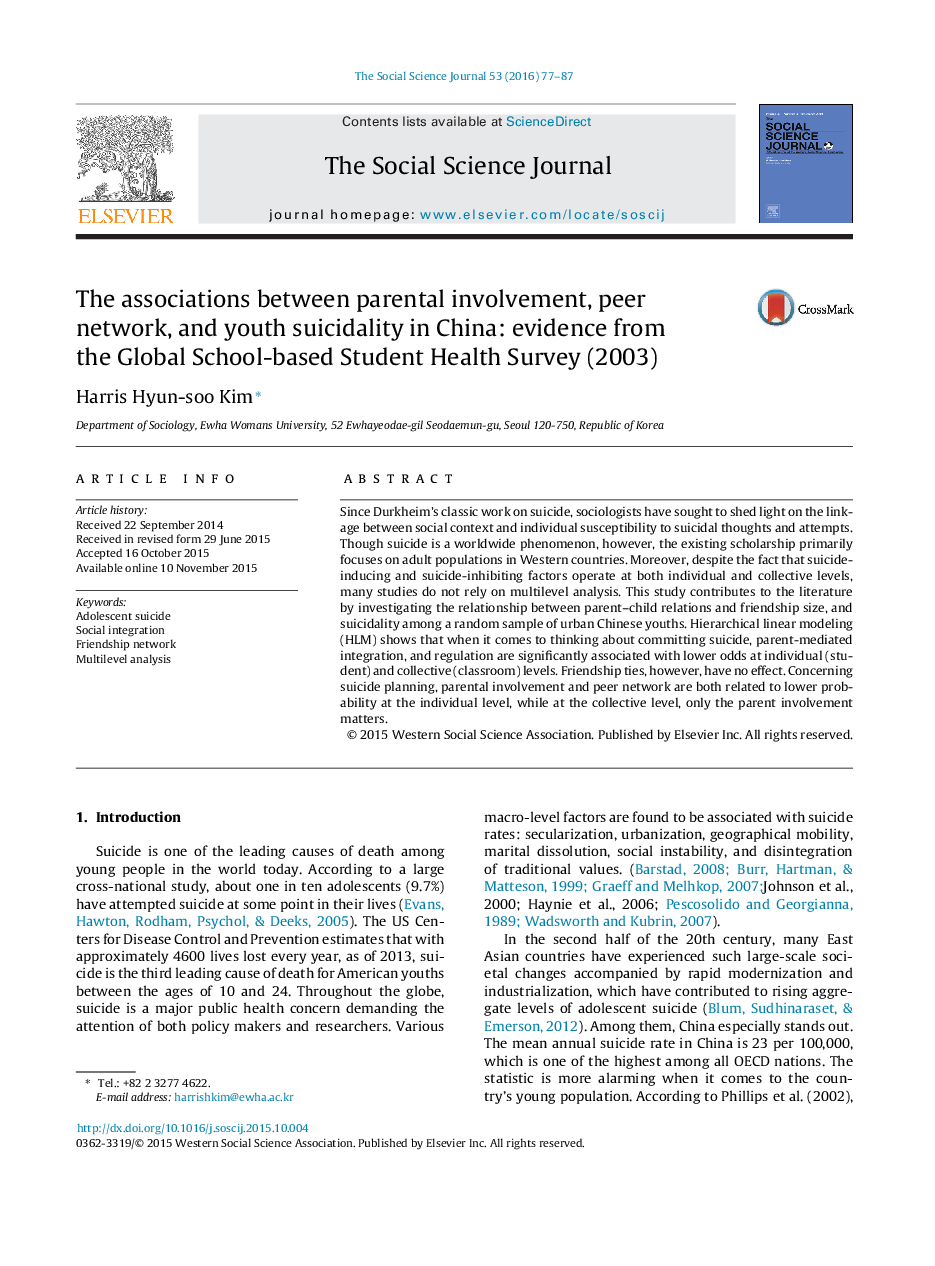 Since Durkheim's classic work on suicide, sociologists have sought to shed light on the linkage between social context and individual susceptibility to suicidal thoughts and attempts. Though suicide is a worldwide phenomenon, however, the existing scholarship primarily focuses on adult populations in Western countries. Moreover, despite the fact that suicide-inducing and suicide-inhibiting factors operate at both individual and collective levels, many studies do not rely on multilevel analysis. This study contributes to the literature by investigating the relationship between parent–child relations and friendship size, and suicidality among a random sample of urban Chinese youths. Hierarchical linear modeling (HLM) shows that when it comes to thinking about committing suicide, parent-mediated integration, and regulation are significantly associated with lower odds at individual (student) and collective (classroom) levels. Friendship ties, however, have no effect. Concerning suicide planning, parental involvement and peer network are both related to lower probability at the individual level, while at the collective level, only the parent involvement matters.