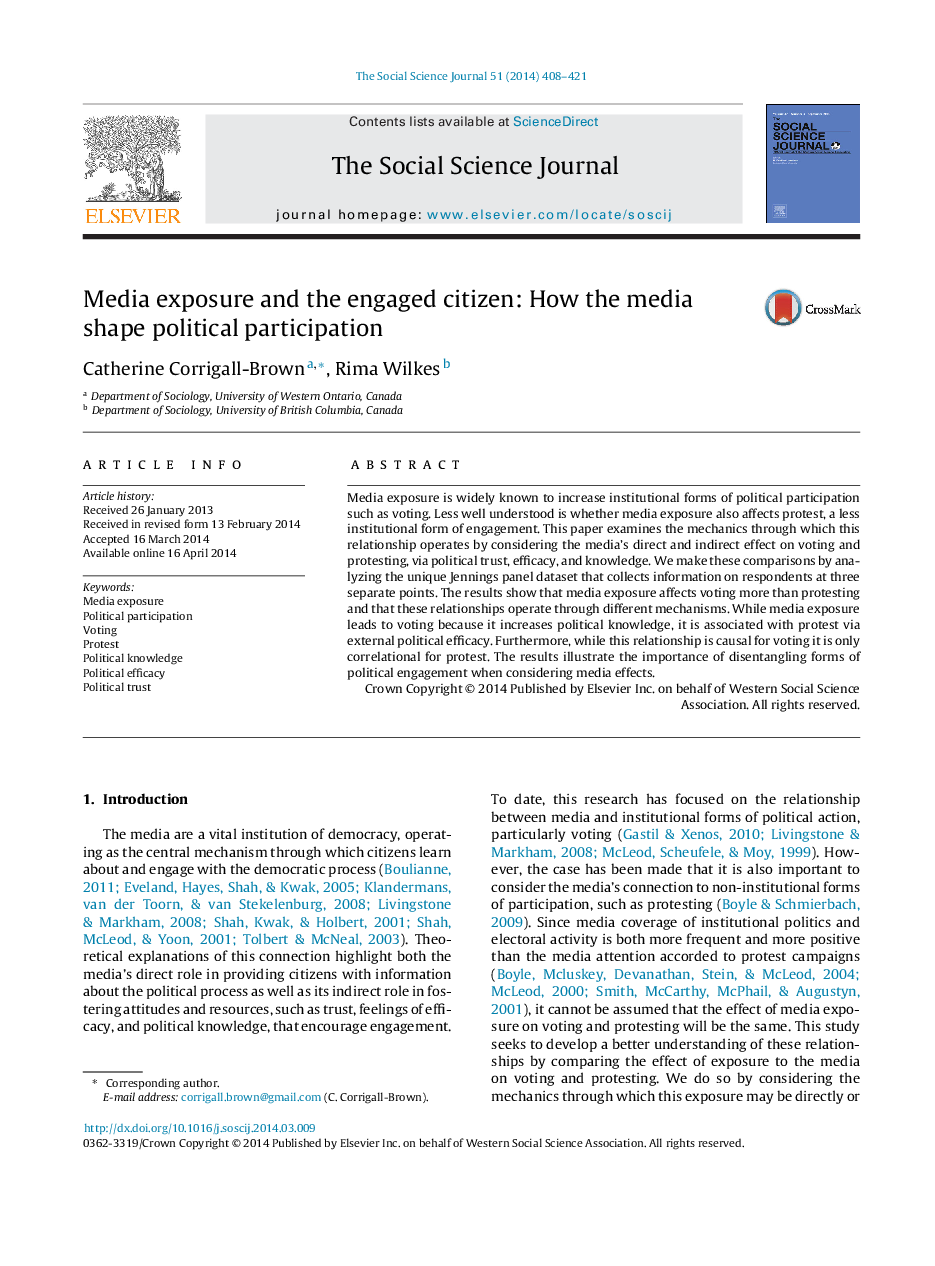 Media exposure is widely known to increase institutional forms of political participation such as voting. Less well understood is whether media exposure also affects protest, a less institutional form of engagement. This paper examines the mechanics through which this relationship operates by considering the media's direct and indirect effect on voting and protesting, via political trust, efficacy, and knowledge. We make these comparisons by analyzing the unique Jennings panel dataset that collects information on respondents at three separate points. The results show that media exposure affects voting more than protesting and that these relationships operate through different mechanisms. While media exposure leads to voting because it increases political knowledge, it is associated with protest via external political efficacy. Furthermore, while this relationship is causal for voting it is only correlational for protest. The results illustrate the importance of disentangling forms of political engagement when considering media effects.