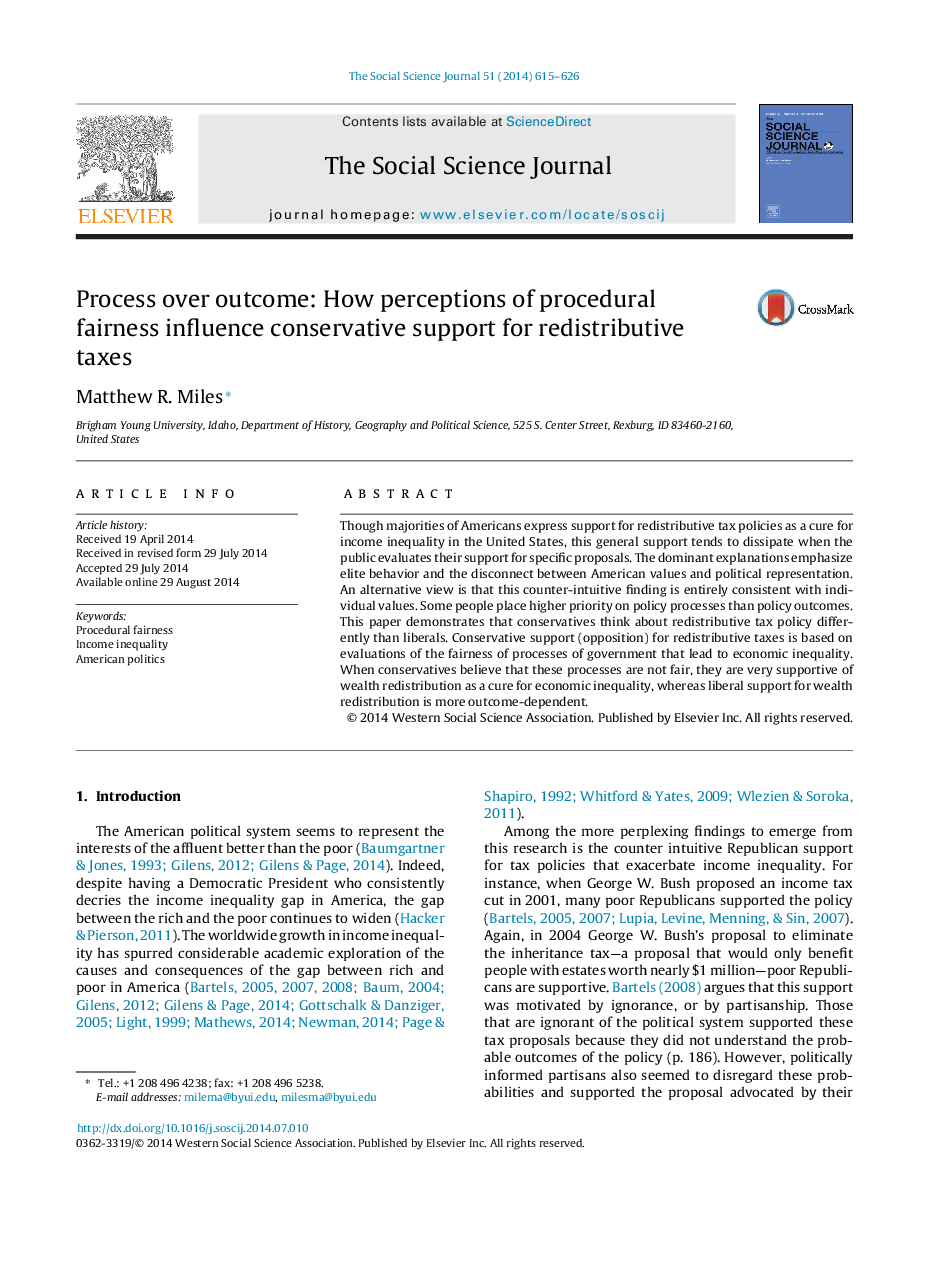 • Perceptions of process fairness influence support for redistributive taxes.
• Some place higher regard on policy processes than policy outcomes.
• Heightened media coverage of the gap between rich and poor in America makes wealth redistribution a more difficult issue than in the late 1980s.
• For this reason, conservatives are more likely to attend to the fairness of government processes when evaluating their support for redistributive taxes.
• System justification motivations not seem to cause biased evaluations of process fairness, in the hypothetical or in the United States.

Though majorities of Americans express support for redistributive tax policies as a cure for income inequality in the United States, this general support tends to dissipate when the public evaluates their support for specific proposals. The dominant explanations emphasize elite behavior and the disconnect between American values and political representation. An alternative view is that this counter-intuitive finding is entirely consistent with individual values. Some people place higher priority on policy processes than policy outcomes. This paper demonstrates that conservatives think about redistributive tax policy differently than liberals. Conservative support (opposition) for redistributive taxes is based on evaluations of the fairness of processes of government that lead to economic inequality. When conservatives believe that these processes are not fair, they are very supportive of wealth redistribution as a cure for economic inequality, whereas liberal support for wealth redistribution is more outcome-dependent.