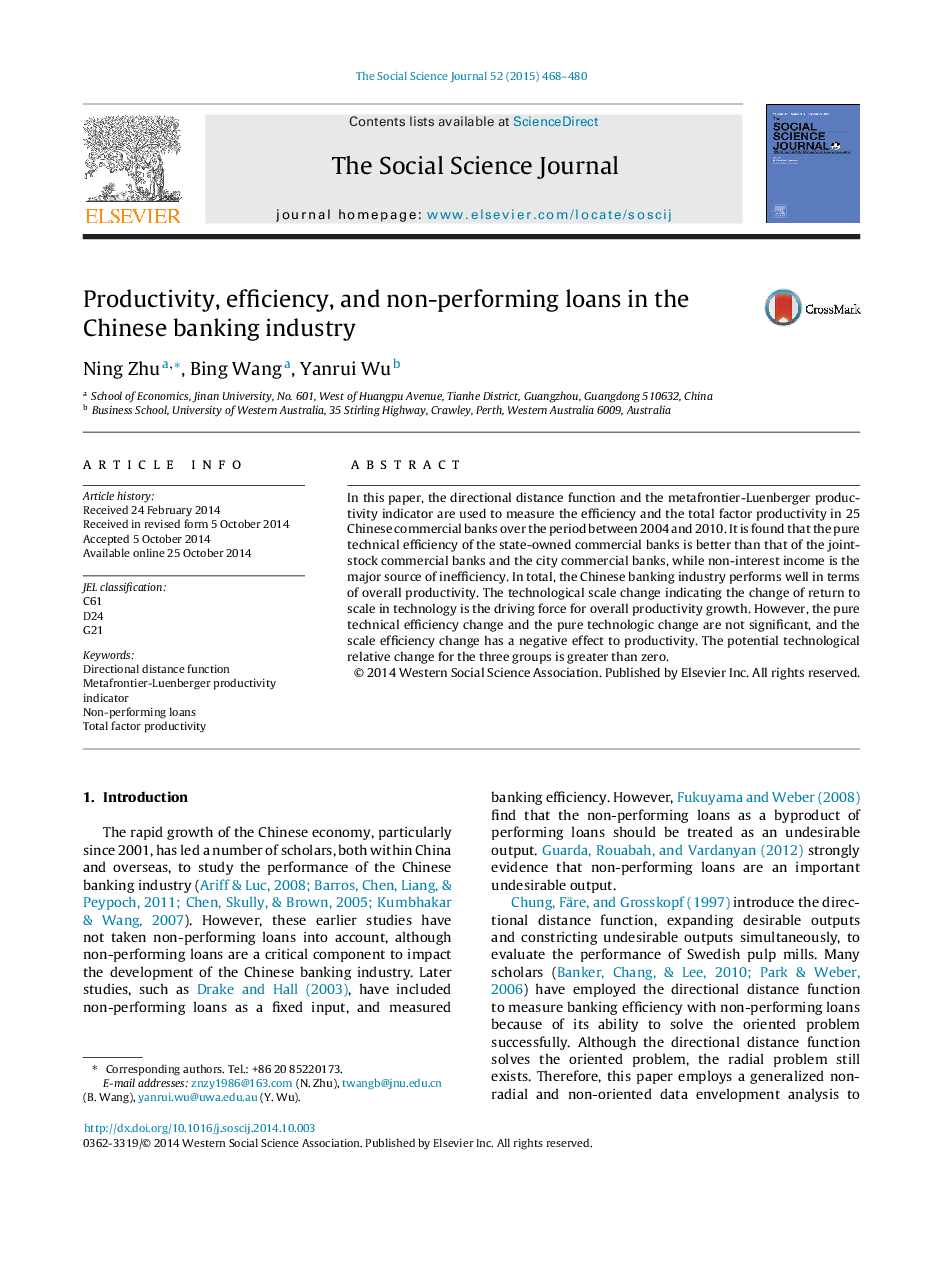 • We take the non-performing loans as an undesirable output into account.
• We explore the source of inefficiency in the Chinese banking industry.
• We develop a non-radial and non-oriented metafrontier-Luenberger productivity indicator.
• Non-interest income is the major source of inefficiency.
• The technology progress for scale change is the driving force for overall productivity growth.