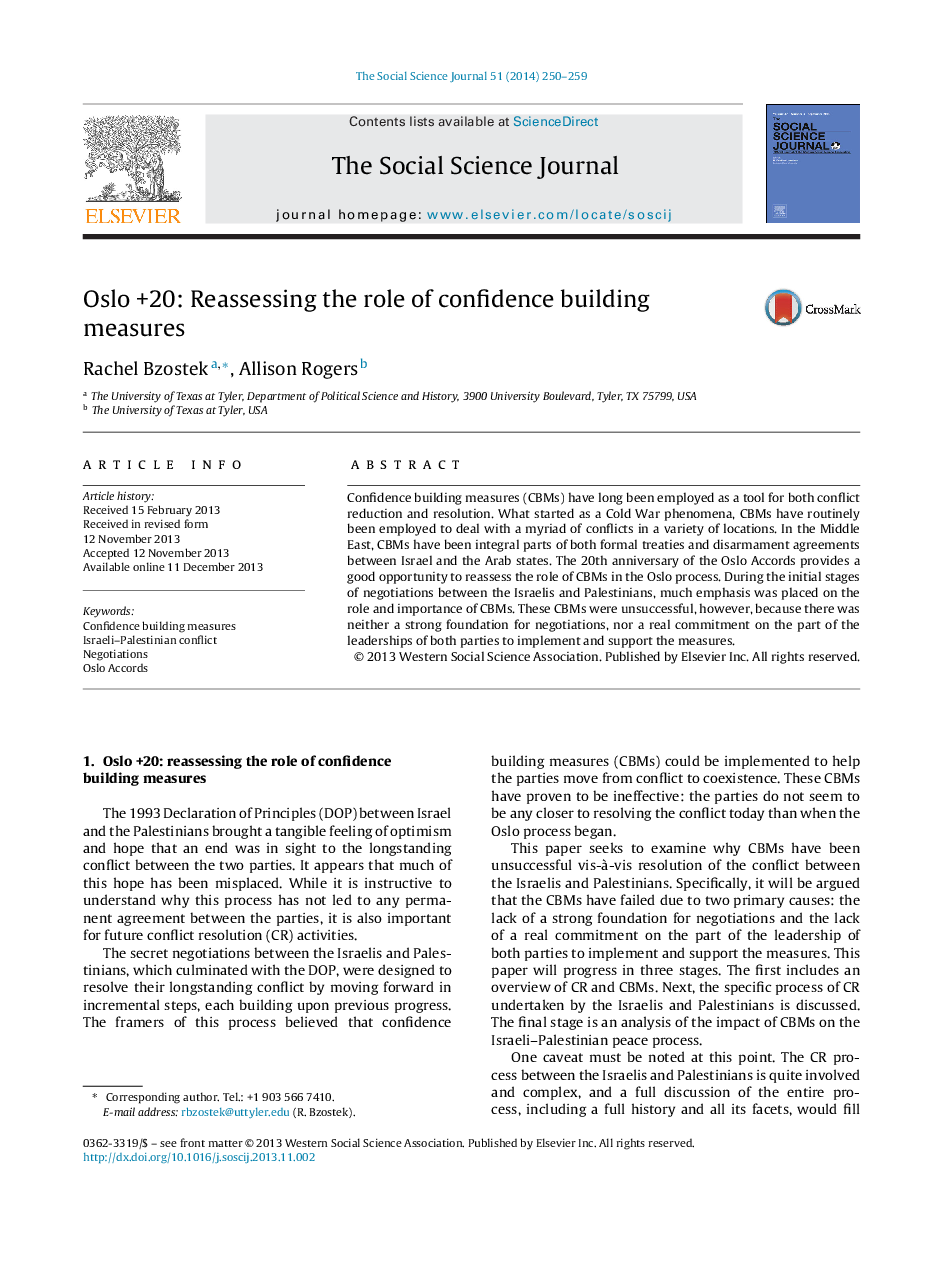 • CBMs have not ended the conflict between the Israelis and Palestinians.
• Weak foundations for negotations/lack of commitment led to the failure.
• Prior successes and failures are integrated into the negotiation process.
• Defections from CBM regime fostered distrust among the actors.
• Noncompliance by the other was used to justify additional antagonistic activities.

Confidence building measures (CBMs) have long been employed as a tool for both conflict reduction and resolution. What started as a Cold War phenomena, CBMs have routinely been employed to deal with a myriad of conflicts in a variety of locations. In the Middle East, CBMs have been integral parts of both formal treaties and disarmament agreements between Israel and the Arab states. The 20th anniversary of the Oslo Accords provides a good opportunity to reassess the role of CBMs in the Oslo process. During the initial stages of negotiations between the Israelis and Palestinians, much emphasis was placed on the role and importance of CBMs. These CBMs were unsuccessful, however, because there was neither a strong foundation for negotiations, nor a real commitment on the part of the leaderships of both parties to implement and support the measures.