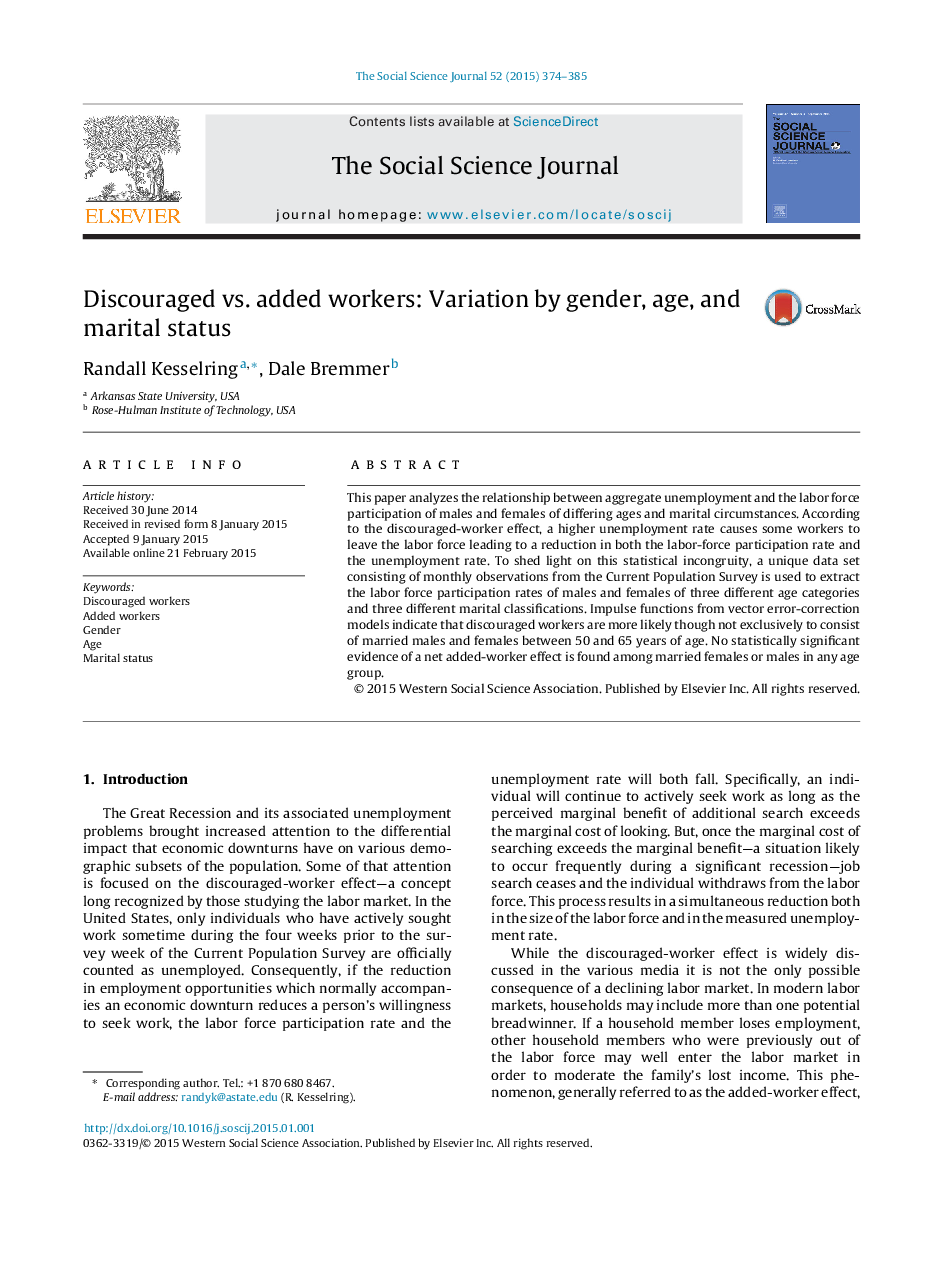 • A unique data set is extracted from the monthly Current Population Survey.
• Vector error correction techniques are used to conduct the analysis.
• Impulse response functions reveal the dominance of the discouraged worker effect.
• Variation in gender, age, and marital status makes little difference in the estimations.

This paper analyzes the relationship between aggregate unemployment and the labor force participation of males and females of differing ages and marital circumstances. According to the discouraged-worker effect, a higher unemployment rate causes some workers to leave the labor force leading to a reduction in both the labor-force participation rate and the unemployment rate. To shed light on this statistical incongruity, a unique data set consisting of monthly observations from the Current Population Survey is used to extract the labor force participation rates of males and females of three different age categories and three different marital classifications. Impulse functions from vector error-correction models indicate that discouraged workers are more likely though not exclusively to consist of married males and females between 50 and 65 years of age. No statistically significant evidence of a net added-worker effect is found among married females or males in any age group.