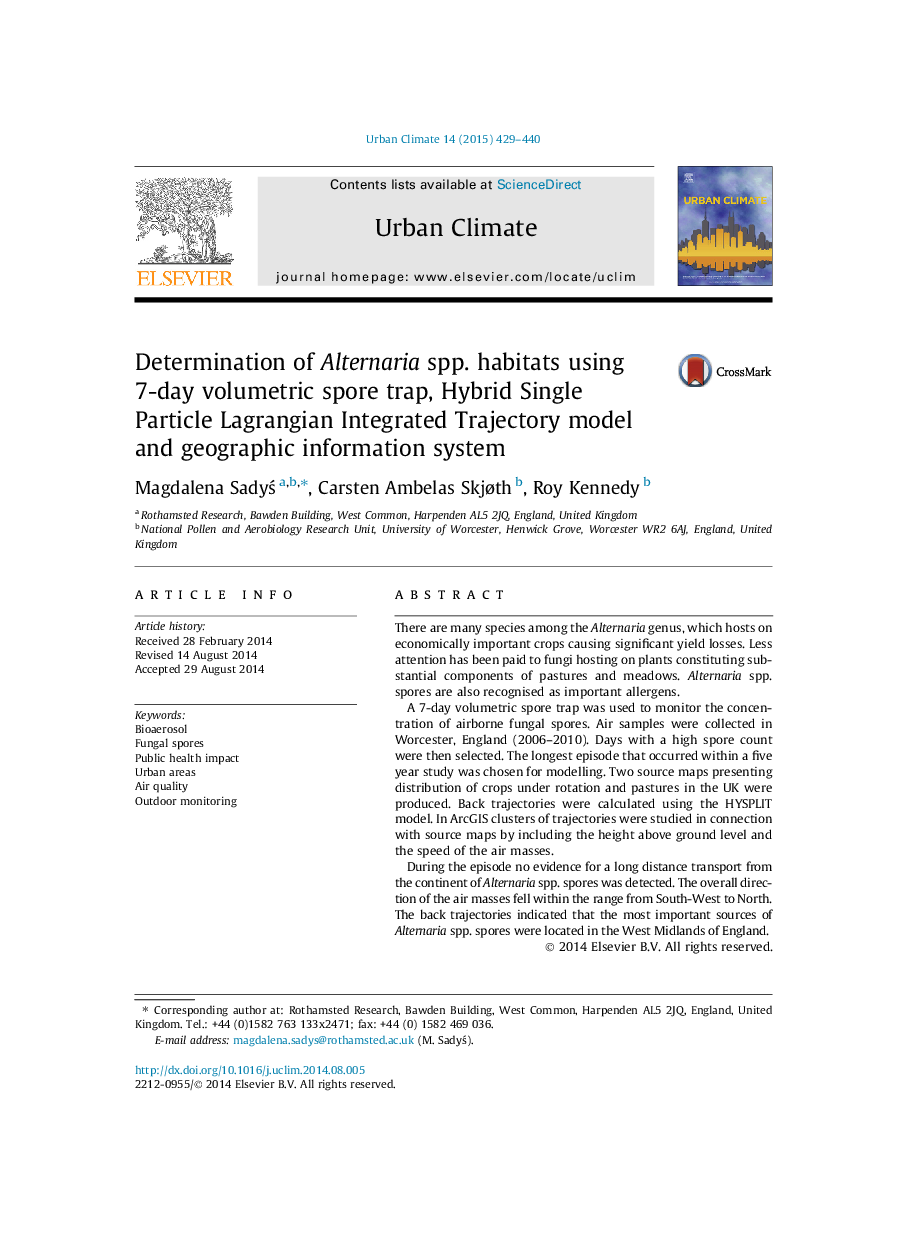 • Bioaerosol (fungal spores) was measured for 5 years with an hourly division.
• Back-trajectories corresponding to high spore counts were computed using HYSPLIT.
• Two potential source maps of Alternaria spp. were produced.
• Sources of Alternaria spp. were found within 65–130 km range from Worcester.
• There was no evidence for the long distance transport from Continental Europe.

There are many species among the Alternaria genus, which hosts on economically important crops causing significant yield losses. Less attention has been paid to fungi hosting on plants constituting substantial components of pastures and meadows. Alternaria spp. spores are also recognised as important allergens.A 7-day volumetric spore trap was used to monitor the concentration of airborne fungal spores. Air samples were collected in Worcester, England (2006–2010). Days with a high spore count were then selected. The longest episode that occurred within a five year study was chosen for modelling. Two source maps presenting distribution of crops under rotation and pastures in the UK were produced. Back trajectories were calculated using the HYSPLIT model. In ArcGIS clusters of trajectories were studied in connection with source maps by including the height above ground level and the speed of the air masses.During the episode no evidence for a long distance transport from the continent of Alternaria spp. spores was detected. The overall direction of the air masses fell within the range from South-West to North. The back trajectories indicated that the most important sources of Alternaria spp. spores were located in the West Midlands of England.