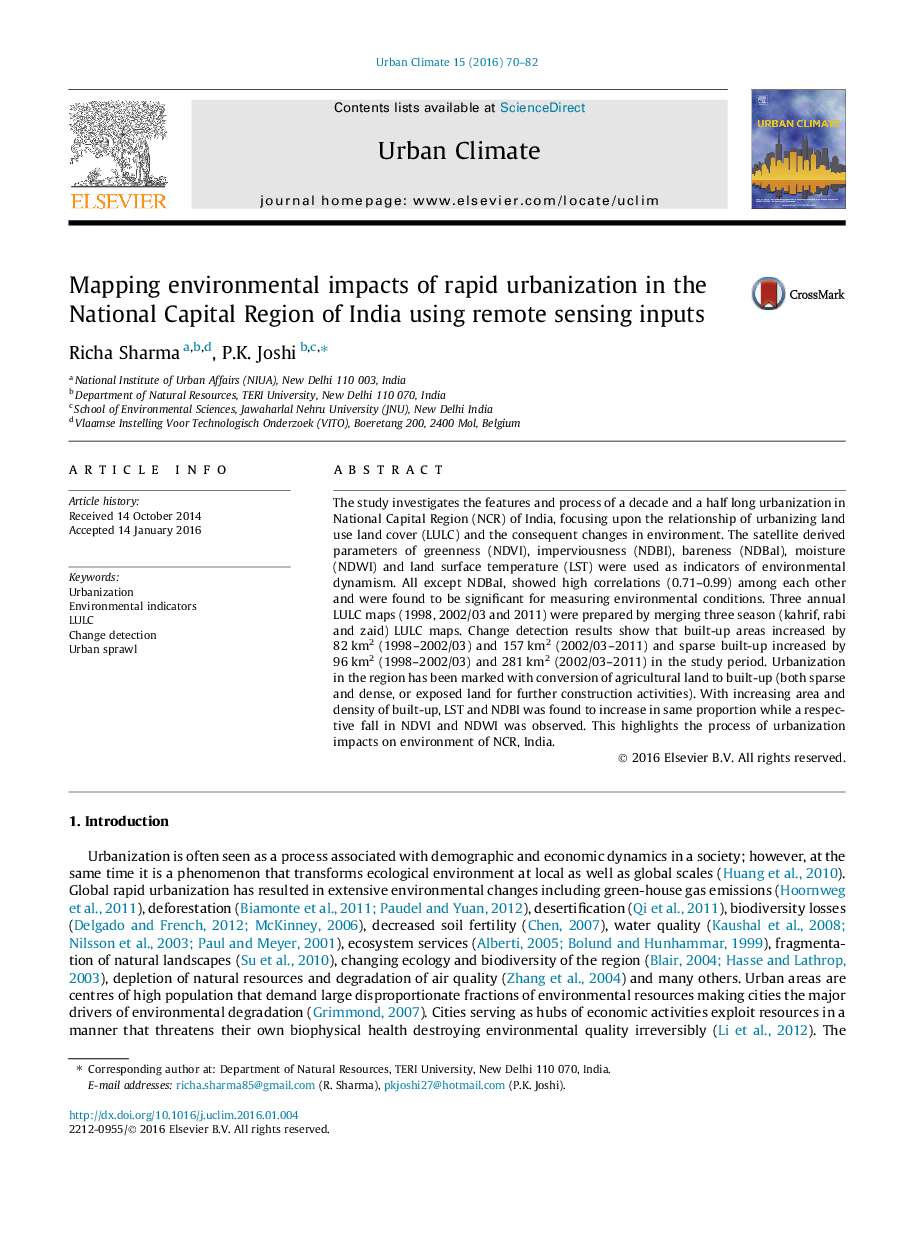 The study investigates the features and process of a decade and a half long urbanization in National Capital Region (NCR) of India, focusing upon the relationship of urbanizing land use land cover (LULC) and the consequent changes in environment. The satellite derived parameters of greenness (NDVI), imperviousness (NDBI), bareness (NDBaI), moisture (NDWI) and land surface temperature (LST) were used as indicators of environmental dynamism. All except NDBaI, showed high correlations (0.71–0.99) among each other and were found to be significant for measuring environmental conditions. Three annual LULC maps (1998, 2002/03 and 2011) were prepared by merging three season (kahrif, rabi and zaid) LULC maps. Change detection results show that built-up areas increased by 82 km2 (1998–2002/03) and 157 km2 (2002/03–2011) and sparse built-up increased by 96 km2 (1998–2002/03) and 281 km2 (2002/03–2011) in the study period. Urbanization in the region has been marked with conversion of agricultural land to built-up (both sparse and dense, or exposed land for further construction activities). With increasing area and density of built-up, LST and NDBI was found to increase in same proportion while a respective fall in NDVI and NDWI was observed. This highlights the process of urbanization impacts on environment of NCR, India.