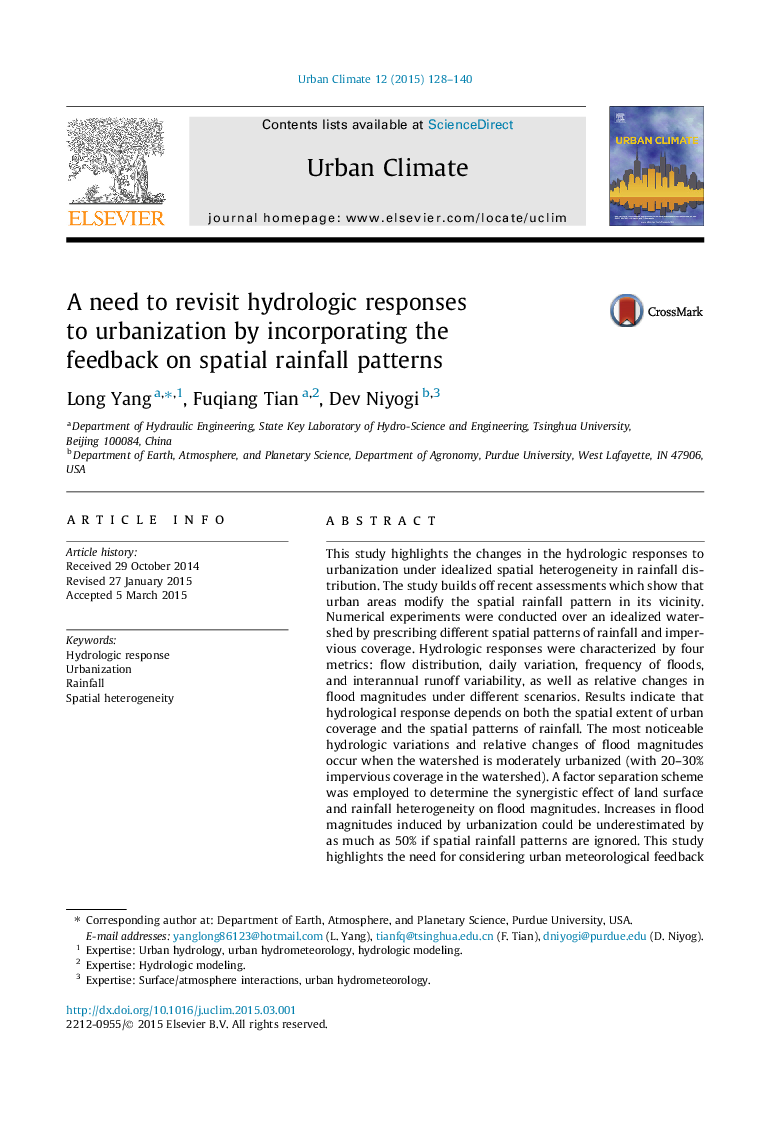 This study highlights the changes in the hydrologic responses to urbanization under idealized spatial heterogeneity in rainfall distribution. The study builds off recent assessments which show that urban areas modify the spatial rainfall pattern in its vicinity. Numerical experiments were conducted over an idealized watershed by prescribing different spatial patterns of rainfall and impervious coverage. Hydrologic responses were characterized by four metrics: flow distribution, daily variation, frequency of floods, and interannual runoff variability, as well as relative changes in flood magnitudes under different scenarios. Results indicate that hydrological response depends on both the spatial extent of urban coverage and the spatial patterns of rainfall. The most noticeable hydrologic variations and relative changes of flood magnitudes occur when the watershed is moderately urbanized (with 20–30% impervious coverage in the watershed). A factor separation scheme was employed to determine the synergistic effect of land surface and rainfall heterogeneity on flood magnitudes. Increases in flood magnitudes induced by urbanization could be underestimated by as much as 50% if spatial rainfall patterns are ignored. This study highlights the need for considering urban meteorological feedback while examining hydrologic responses to urbanization with both the changes of impervious coverage and spatial rainfall patterns considered.