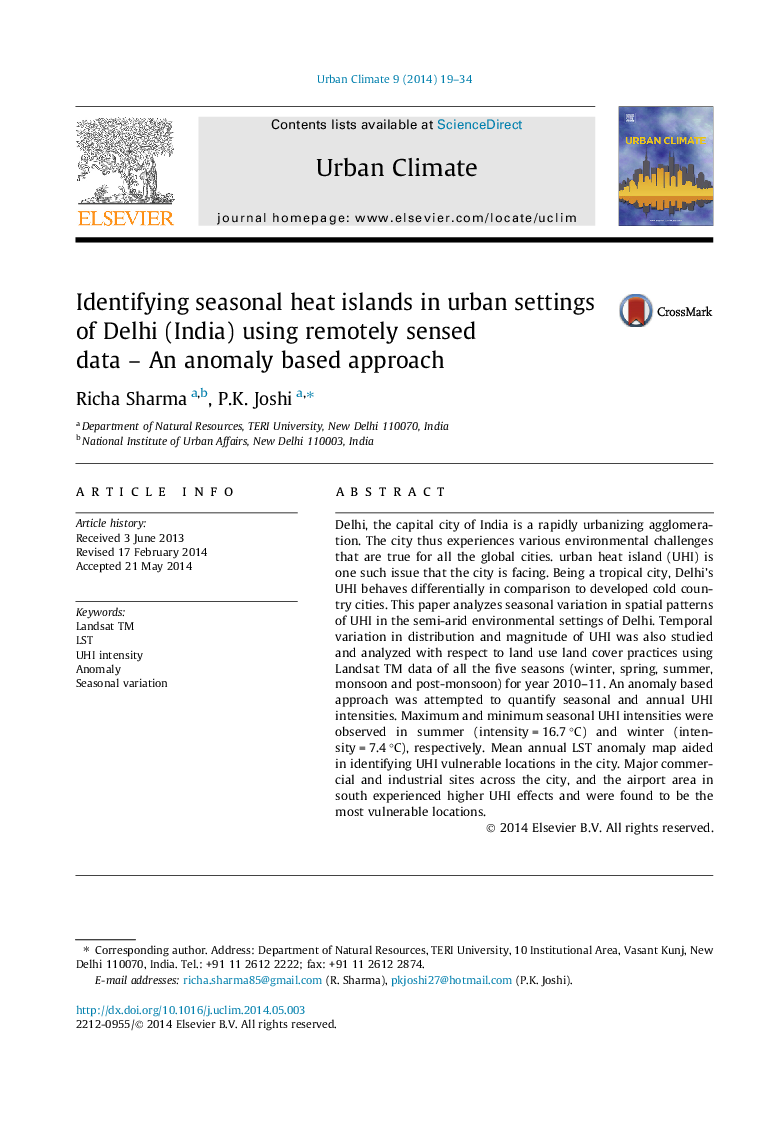 Delhi, the capital city of India is a rapidly urbanizing agglomeration. The city thus experiences various environmental challenges that are true for all the global cities. urban heat island (UHI) is one such issue that the city is facing. Being a tropical city, Delhi’s UHI behaves differentially in comparison to developed cold country cities. This paper analyzes seasonal variation in spatial patterns of UHI in the semi-arid environmental settings of Delhi. Temporal variation in distribution and magnitude of UHI was also studied and analyzed with respect to land use land cover practices using Landsat TM data of all the five seasons (winter, spring, summer, monsoon and post-monsoon) for year 2010–11. An anomaly based approach was attempted to quantify seasonal and annual UHI intensities. Maximum and minimum seasonal UHI intensities were observed in summer (intensity = 16.7 °C) and winter (intensity = 7.4 °C), respectively. Mean annual LST anomaly map aided in identifying UHI vulnerable locations in the city. Major commercial and industrial sites across the city, and the airport area in south experienced higher UHI effects and were found to be the most vulnerable locations.