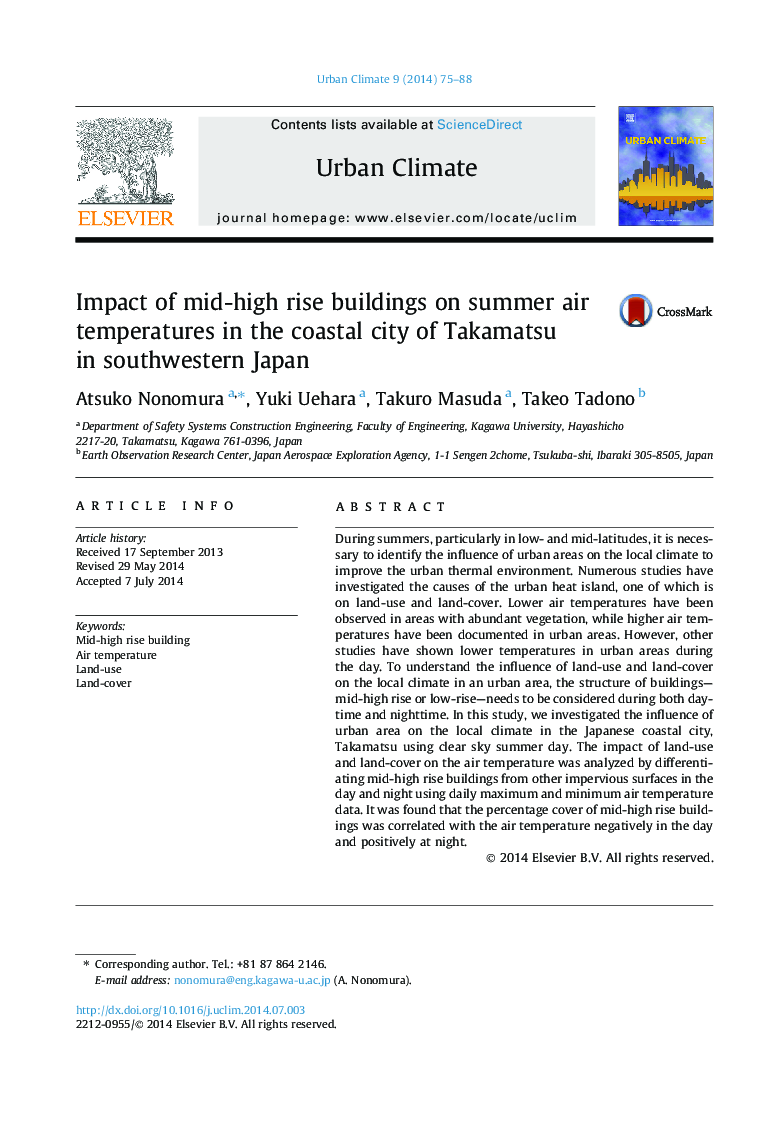 During summers, particularly in low- and mid-latitudes, it is necessary to identify the influence of urban areas on the local climate to improve the urban thermal environment. Numerous studies have investigated the causes of the urban heat island, one of which is on land-use and land-cover. Lower air temperatures have been observed in areas with abundant vegetation, while higher air temperatures have been documented in urban areas. However, other studies have shown lower temperatures in urban areas during the day. To understand the influence of land-use and land-cover on the local climate in an urban area, the structure of buildings—mid-high rise or low-rise—needs to be considered during both daytime and nighttime. In this study, we investigated the influence of urban area on the local climate in the Japanese coastal city, Takamatsu using clear sky summer day. The impact of land-use and land-cover on the air temperature was analyzed by differentiating mid-high rise buildings from other impervious surfaces in the day and night using daily maximum and minimum air temperature data. It was found that the percentage cover of mid-high rise buildings was correlated with the air temperature negatively in the day and positively at night.