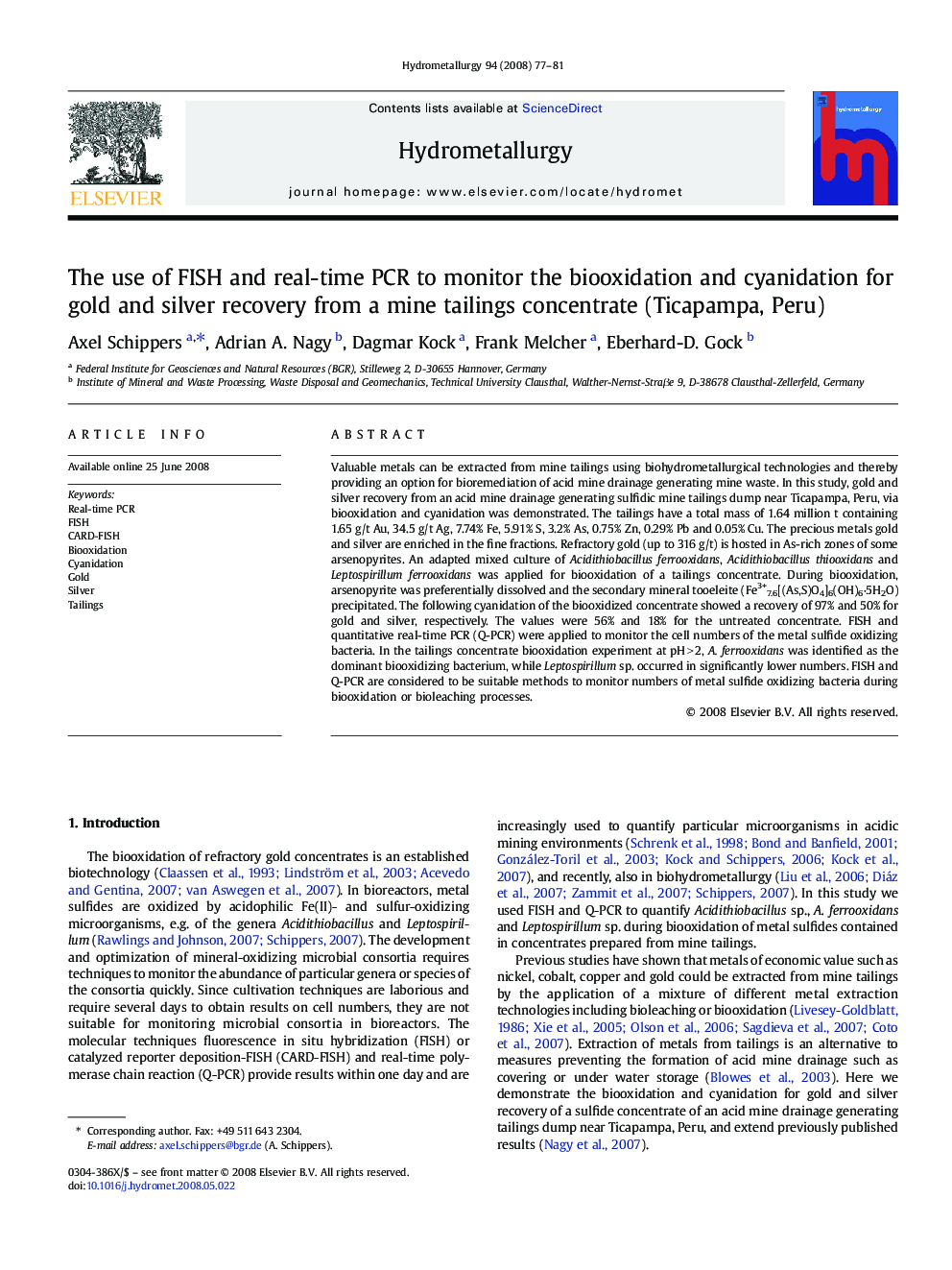 Valuable metals can be extracted from mine tailings using biohydrometallurgical technologies and thereby providing an option for bioremediation of acid mine drainage generating mine waste. In this study, gold and silver recovery from an acid mine drainage generating sulfidic mine tailings dump near Ticapampa, Peru, via biooxidation and cyanidation was demonstrated. The tailings have a total mass of 1.64 million t containing 1.65 g/t Au, 34.5 g/t Ag, 7.74% Fe, 5.91% S, 3.2% As, 0.75% Zn, 0.29% Pb and 0.05% Cu. The precious metals gold and silver are enriched in the fine fractions. Refractory gold (up to 316 g/t) is hosted in As-rich zones of some arsenopyrites. An adapted mixed culture of Acidithiobacillus ferrooxidans, Acidithiobacillus thiooxidans and Leptospirillum ferrooxidans was applied for biooxidation of a tailings concentrate. During biooxidation, arsenopyrite was preferentially dissolved and the secondary mineral tooeleite (Fe3+7.6[(As,S)O4]6(OH)6·5H2O) precipitated. The following cyanidation of the biooxidized concentrate showed a recovery of 97% and 50% for gold and silver, respectively. The values were 56% and 18% for the untreated concentrate. FISH and quantitative real-time PCR (Q-PCR) were applied to monitor the cell numbers of the metal sulfide oxidizing bacteria. In the tailings concentrate biooxidation experiment at pH > 2, A. ferrooxidans was identified as the dominant biooxidizing bacterium, while Leptospirillum sp. occurred in significantly lower numbers. FISH and Q-PCR are considered to be suitable methods to monitor numbers of metal sulfide oxidizing bacteria during biooxidation or bioleaching processes.