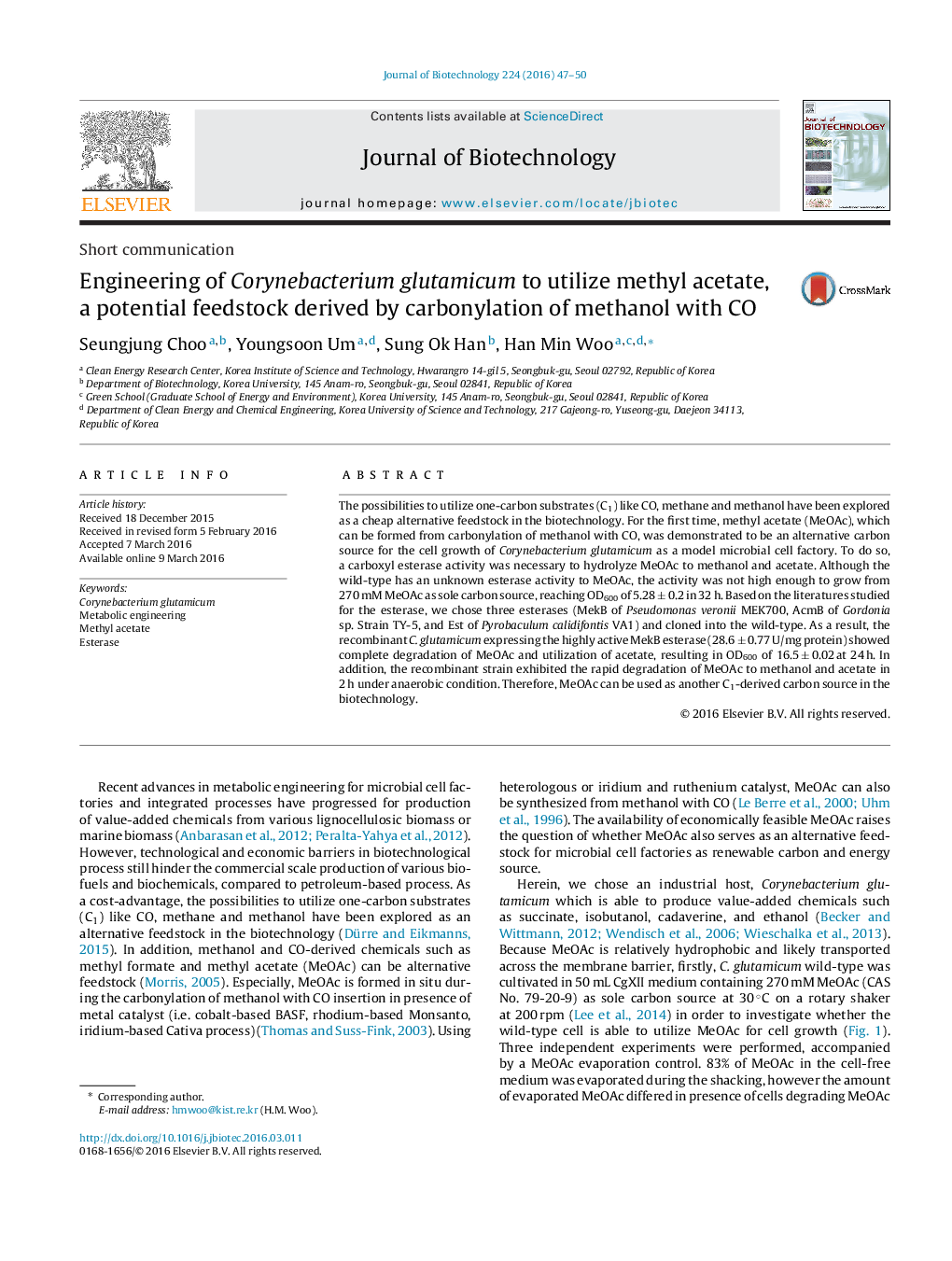 The possibilities to utilize one-carbon substrates (C1) like CO, methane and methanol have been explored as a cheap alternative feedstock in the biotechnology. For the first time, methyl acetate (MeOAc), which can be formed from carbonylation of methanol with CO, was demonstrated to be an alternative carbon source for the cell growth of Corynebacterium glutamicum as a model microbial cell factory. To do so, a carboxyl esterase activity was necessary to hydrolyze MeOAc to methanol and acetate. Although the wild-type has an unknown esterase activity to MeOAc, the activity was not high enough to grow from 270 mM MeOAc as sole carbon source, reaching OD600 of 5.28 ± 0.2 in 32 h. Based on the literatures studied for the esterase, we chose three esterases (MekB of Pseudomonas veronii MEK700, AcmB of Gordonia sp. Strain TY-5, and Est of Pyrobaculum calidifontis VA1) and cloned into the wild-type. As a result, the recombinant C. glutamicum expressing the highly active MekB esterase (28.6 ± 0.77 U/mg protein) showed complete degradation of MeOAc and utilization of acetate, resulting in OD600 of 16.5 ± 0.02 at 24 h. In addition, the recombinant strain exhibited the rapid degradation of MeOAc to methanol and acetate in 2 h under anaerobic condition. Therefore, MeOAc can be used as another C1-derived carbon source in the biotechnology.