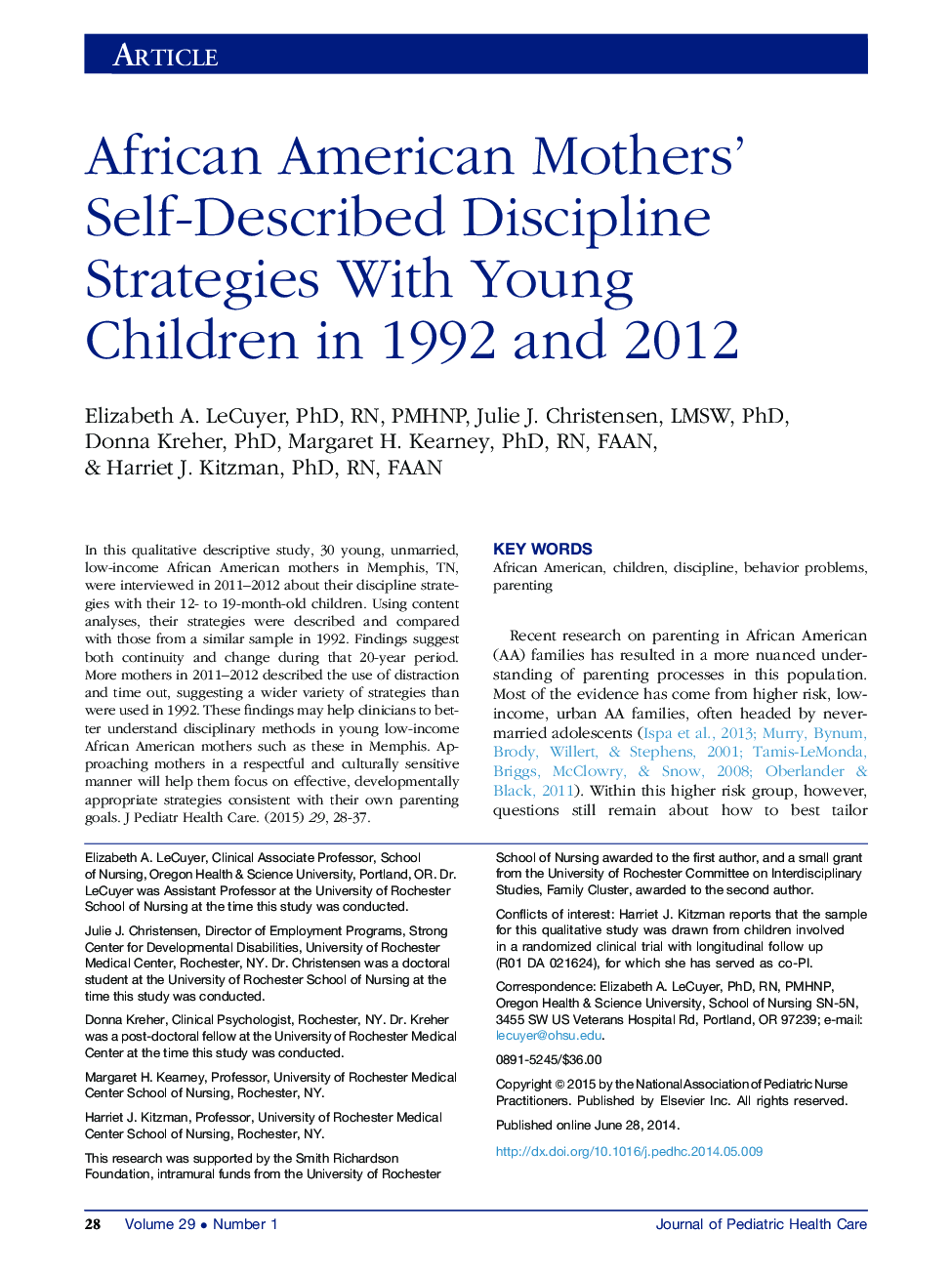 In this qualitative descriptive study, 30 young, unmarried, low-income African American mothers in Memphis, TN, were interviewed in 2011–2012 about their discipline strategies with their 12- to 19-month-old children. Using content analyses, their strategies were described and compared with those from a similar sample in 1992. Findings suggest both continuity and change during that 20-year period. More mothers in 2011–2012 described the use of distraction and time out, suggesting a wider variety of strategies than were used in 1992. These findings may help clinicians to better understand disciplinary methods in young low-income African American mothers such as these in Memphis. Approaching mothers in a respectful and culturally sensitive manner will help them focus on effective, developmentally appropriate strategies consistent with their own parenting goals.