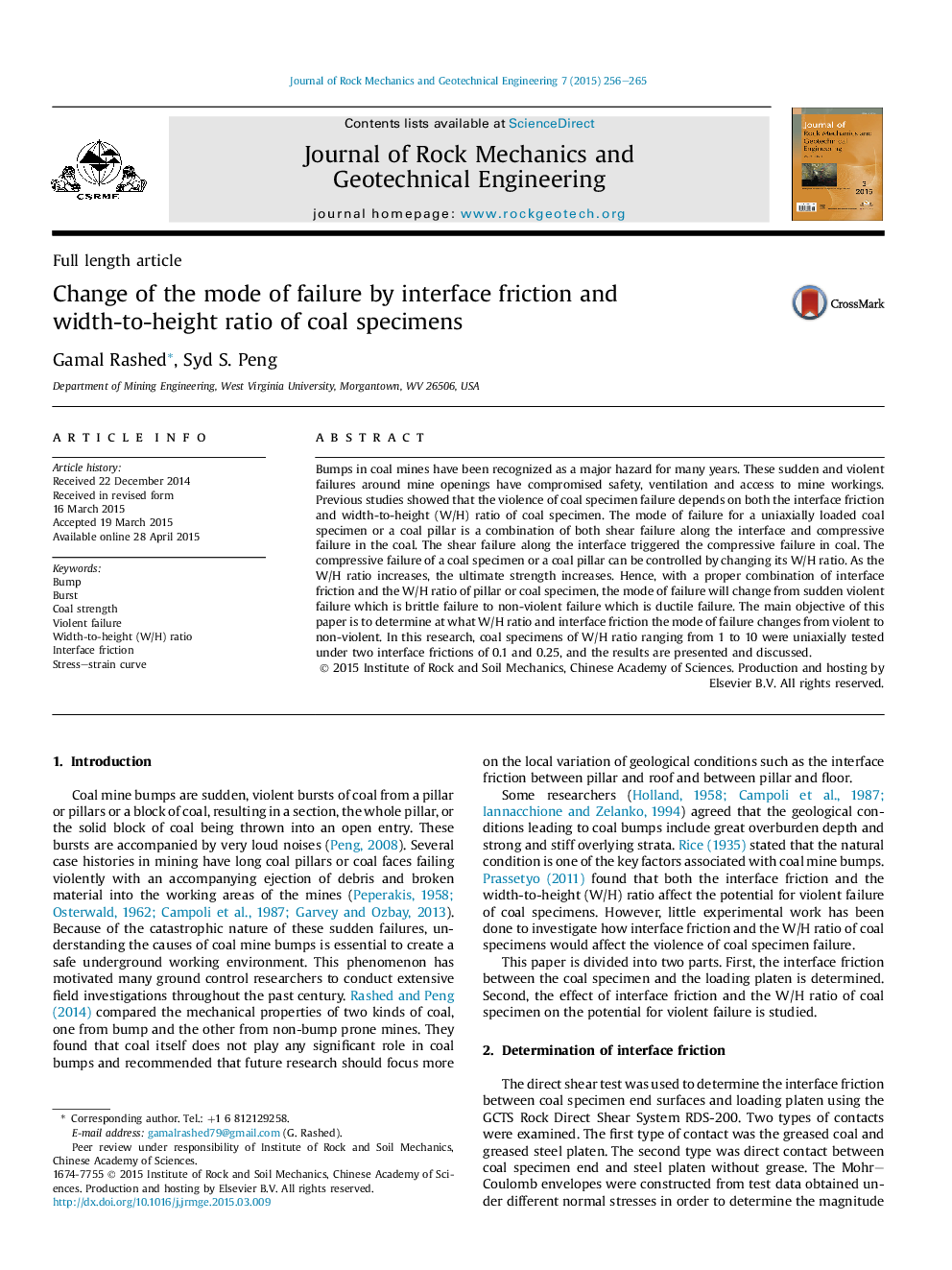 Bumps in coal mines have been recognized as a major hazard for many years. These sudden and violent failures around mine openings have compromised safety, ventilation and access to mine workings. Previous studies showed that the violence of coal specimen failure depends on both the interface friction and width-to-height (W/H) ratio of coal specimen. The mode of failure for a uniaxially loaded coal specimen or a coal pillar is a combination of both shear failure along the interface and compressive failure in the coal. The shear failure along the interface triggered the compressive failure in coal. The compressive failure of a coal specimen or a coal pillar can be controlled by changing its W/H ratio. As the W/H ratio increases, the ultimate strength increases. Hence, with a proper combination of interface friction and the W/H ratio of pillar or coal specimen, the mode of failure will change from sudden violent failure which is brittle failure to non-violent failure which is ductile failure. The main objective of this paper is to determine at what W/H ratio and interface friction the mode of failure changes from violent to non-violent. In this research, coal specimens of W/H ratio ranging from 1 to 10 were uniaxially tested under two interface frictions of 0.1 and 0.25, and the results are presented and discussed.