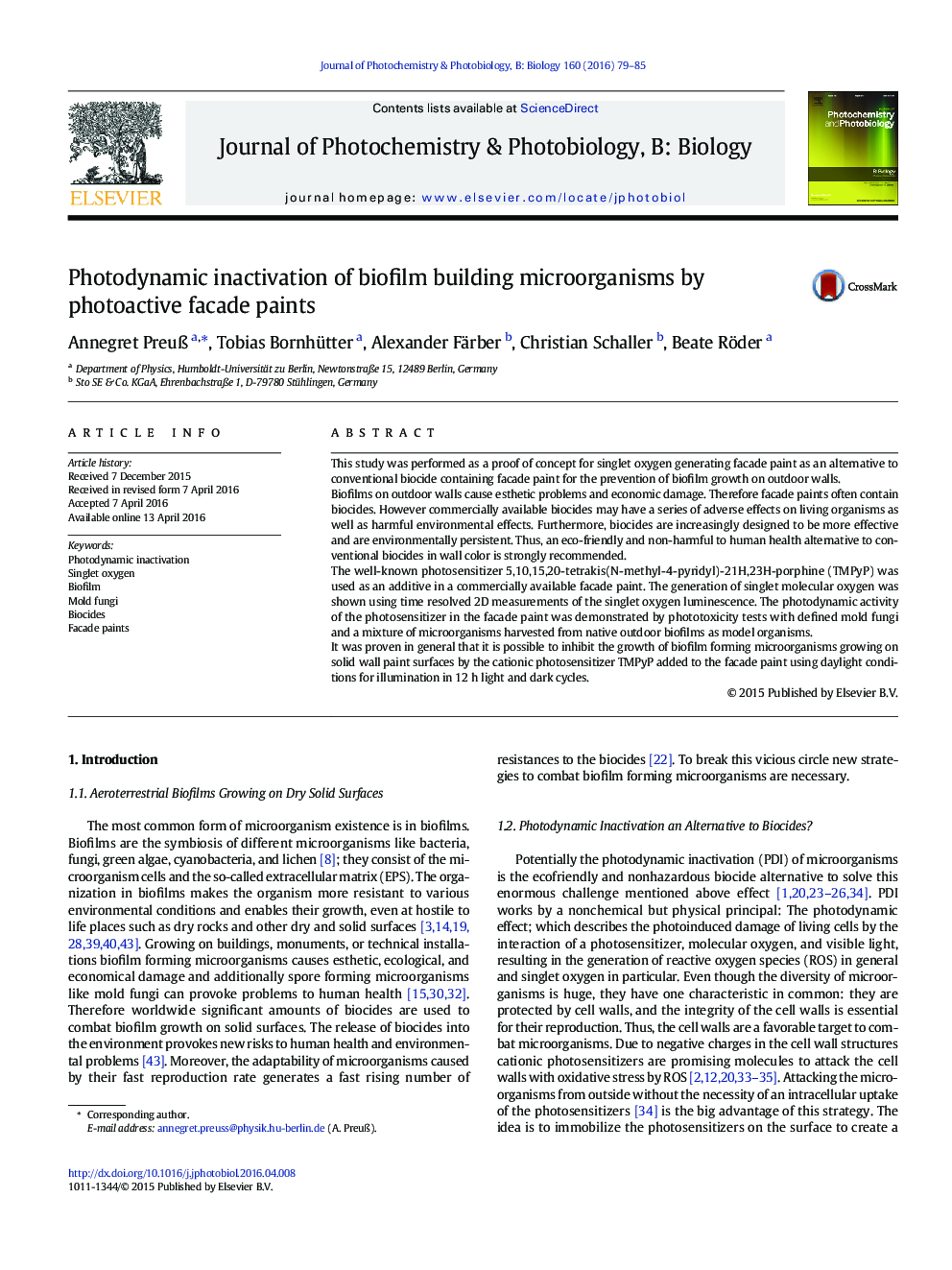 This study was performed as a proof of concept for singlet oxygen generating facade paint as an alternative to conventional biocide containing facade paint for the prevention of biofilm growth on outdoor walls.Biofilms on outdoor walls cause esthetic problems and economic damage. Therefore facade paints often contain biocides. However commercially available biocides may have a series of adverse effects on living organisms as well as harmful environmental effects. Furthermore, biocides are increasingly designed to be more effective and are environmentally persistent. Thus, an eco-friendly and non-harmful to human health alternative to conventional biocides in wall color is strongly recommended.The well-known photosensitizer 5,10,15,20-tetrakis(N-methyl-4-pyridyl)-21H,23H-porphine (TMPyP) was used as an additive in a commercially available facade paint. The generation of singlet molecular oxygen was shown using time resolved 2D measurements of the singlet oxygen luminescence. The photodynamic activity of the photosensitizer in the facade paint was demonstrated by phototoxicity tests with defined mold fungi and a mixture of microorganisms harvested from native outdoor biofilms as model organisms.It was proven in general that it is possible to inhibit the growth of biofilm forming microorganisms growing on solid wall paint surfaces by the cationic photosensitizer TMPyP added to the facade paint using daylight conditions for illumination in 12 h light and dark cycles.