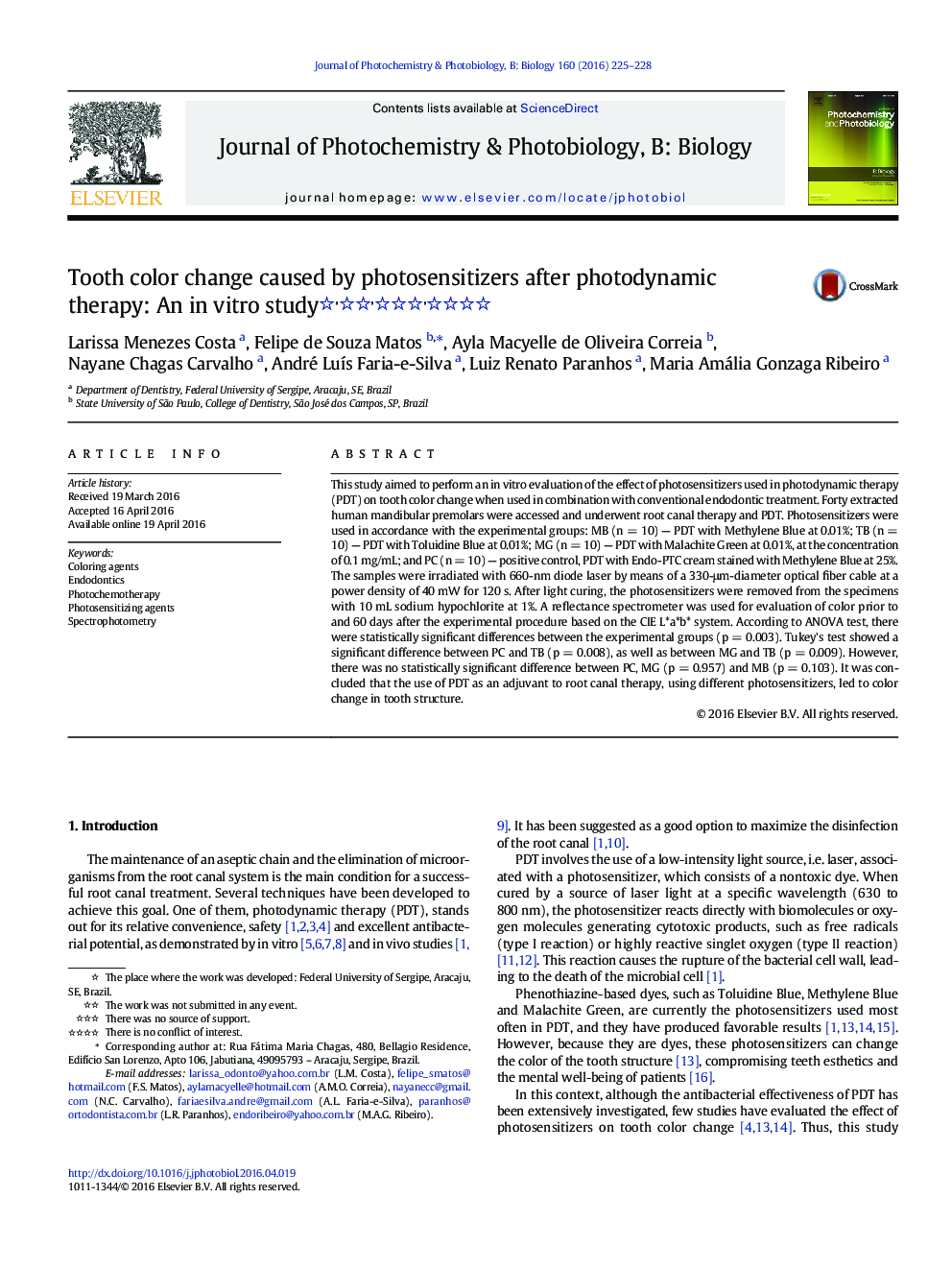 • The photosensitizers at a concentration of 0.01% promoted tooth color change.
• Toluidine Blue and Methylene Blue caused the least change color.
• PDT as an adjuvant to root canal therapy led to color change in tooth structure.

This study aimed to perform an in vitro evaluation of the effect of photosensitizers used in photodynamic therapy (PDT) on tooth color change when used in combination with conventional endodontic treatment. Forty extracted human mandibular premolars were accessed and underwent root canal therapy and PDT. Photosensitizers were used in accordance with the experimental groups: MB (n = 10) — PDT with Methylene Blue at 0.01%; TB (n = 10) — PDT with Toluidine Blue at 0.01%; MG (n = 10) — PDT with Malachite Green at 0.01%, at the concentration of 0.1 mg/mL; and PC (n = 10) — positive control, PDT with Endo-PTC cream stained with Methylene Blue at 25%. The samples were irradiated with 660-nm diode laser by means of a 330-μm-diameter optical fiber cable at a power density of 40 mW for 120 s. After light curing, the photosensitizers were removed from the specimens with 10 mL sodium hypochlorite at 1%. A reflectance spectrometer was used for evaluation of color prior to and 60 days after the experimental procedure based on the CIE L*a*b* system. According to ANOVA test, there were statistically significant differences between the experimental groups (p = 0.003). Tukey's test showed a significant difference between PC and TB (p = 0.008), as well as between MG and TB (p = 0.009). However, there was no statistically significant difference between PC, MG (p = 0.957) and MB (p = 0.103). It was concluded that the use of PDT as an adjuvant to root canal therapy, using different photosensitizers, led to color change in tooth structure.