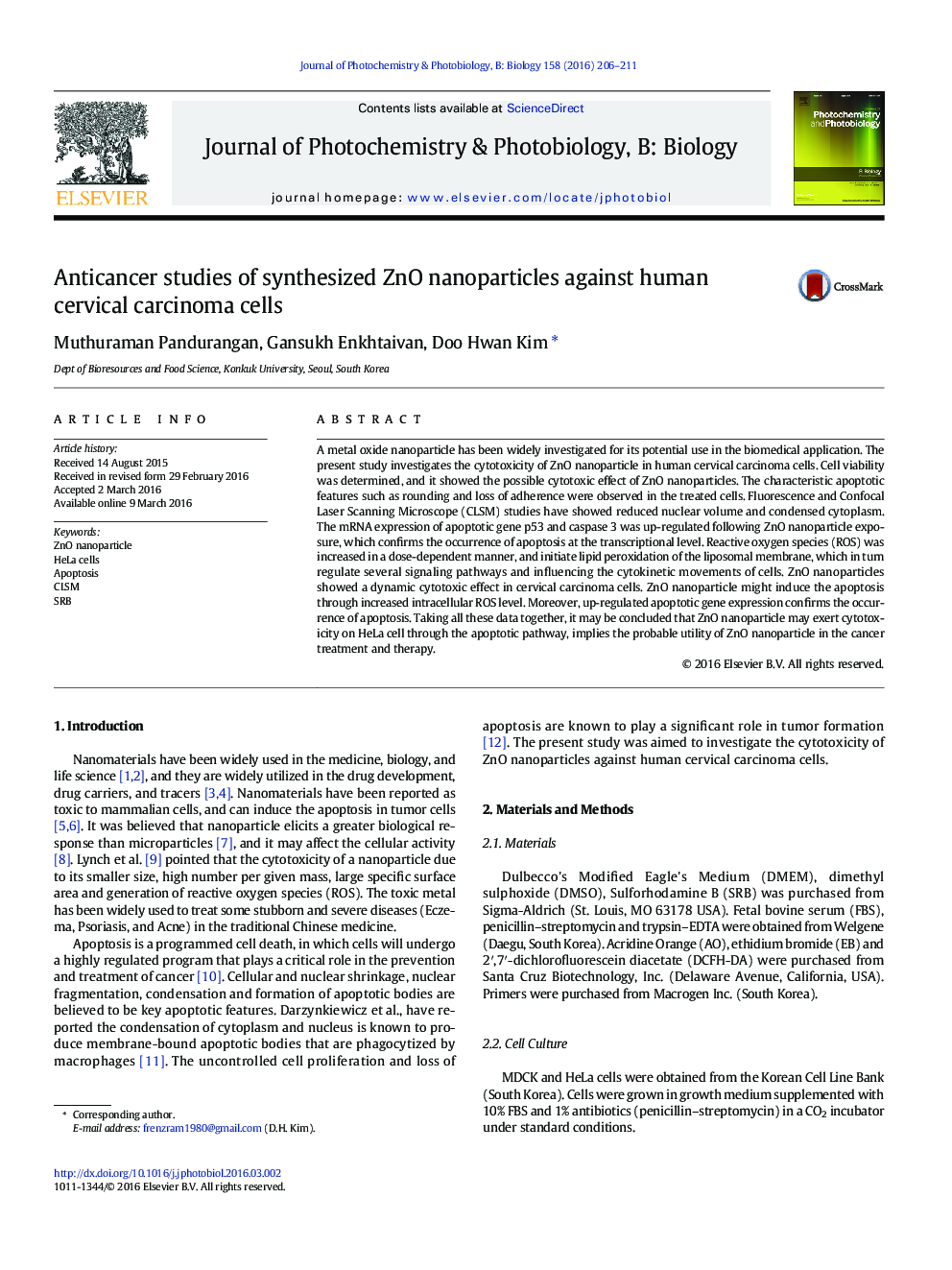 A metal oxide nanoparticle has been widely investigated for its potential use in the biomedical application. The present study investigates the cytotoxicity of ZnO nanoparticle in human cervical carcinoma cells. Cell viability was determined, and it showed the possible cytotoxic effect of ZnO nanoparticles. The characteristic apoptotic features such as rounding and loss of adherence were observed in the treated cells. Fluorescence and Confocal Laser Scanning Microscope (CLSM) studies have showed reduced nuclear volume and condensed cytoplasm. The mRNA expression of apoptotic gene p53 and caspase 3 was up-regulated following ZnO nanoparticle exposure, which confirms the occurrence of apoptosis at the transcriptional level. Reactive oxygen species (ROS) was increased in a dose-dependent manner, and initiate lipid peroxidation of the liposomal membrane, which in turn regulate several signaling pathways and influencing the cytokinetic movements of cells. ZnO nanoparticles showed a dynamic cytotoxic effect in cervical carcinoma cells. ZnO nanoparticle might induce the apoptosis through increased intracellular ROS level. Moreover, up-regulated apoptotic gene expression confirms the occurrence of apoptosis. Taking all these data together, it may be concluded that ZnO nanoparticle may exert cytotoxicity on HeLa cell through the apoptotic pathway, implies the probable utility of ZnO nanoparticle in the cancer treatment and therapy.