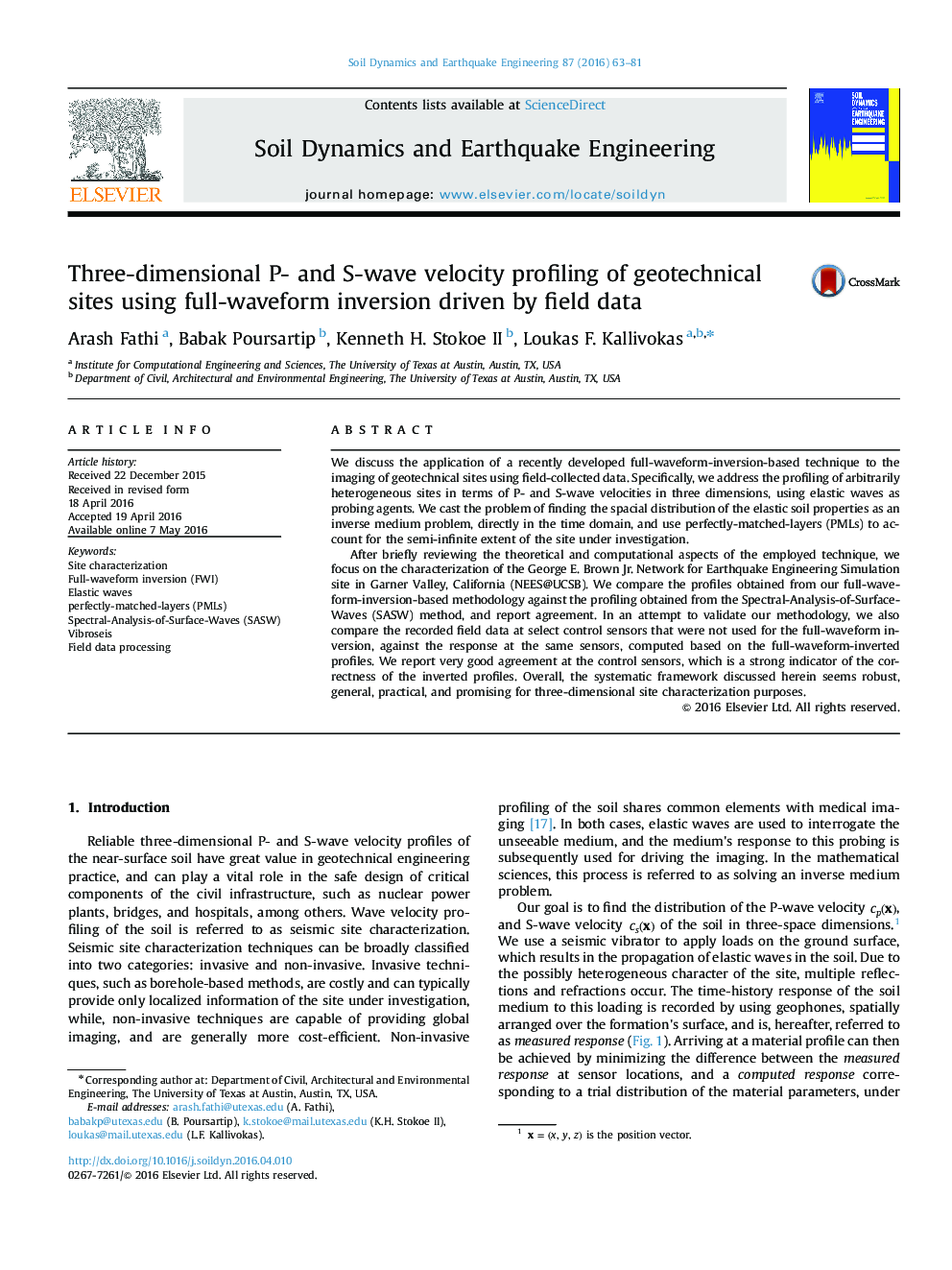 We discuss the application of a recently developed full-waveform-inversion-based technique to the imaging of geotechnical sites using field-collected data. Specifically, we address the profiling of arbitrarily heterogeneous sites in terms of P- and S-wave velocities in three dimensions, using elastic waves as probing agents. We cast the problem of finding the spacial distribution of the elastic soil properties as an inverse medium problem, directly in the time domain, and use perfectly-matched-layers (PMLs) to account for the semi-infinite extent of the site under investigation.After briefly reviewing the theoretical and computational aspects of the employed technique, we focus on the characterization of the George E. Brown Jr. Network for Earthquake Engineering Simulation site in Garner Valley, California (NEES@UCSB). We compare the profiles obtained from our full-waveform-inversion-based methodology against the profiling obtained from the Spectral-Analysis-of-Surface-Waves (SASW) method, and report agreement. In an attempt to validate our methodology, we also compare the recorded field data at select control sensors that were not used for the full-waveform inversion, against the response at the same sensors, computed based on the full-waveform-inverted profiles. We report very good agreement at the control sensors, which is a strong indicator of the correctness of the inverted profiles. Overall, the systematic framework discussed herein seems robust, general, practical, and promising for three-dimensional site characterization purposes.