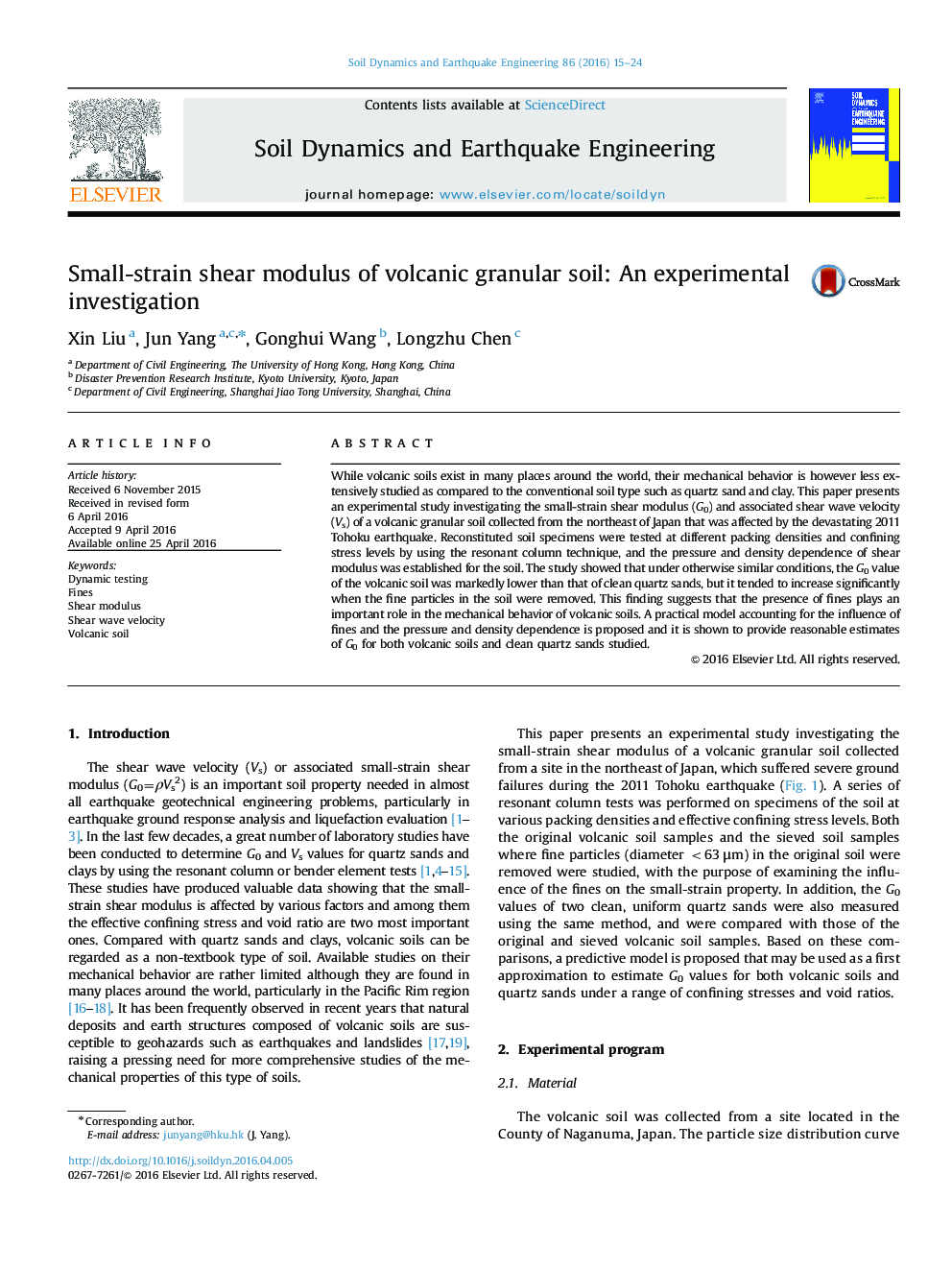 • The small-strain shear modulus (G0) of a volcanic granular soil was studied.
• The pressure and density dependence of G0 was established for the soil.
• G0 of the soil was found to be markedly lower than that of clean uniform quartz sand.
• The presence of fines was shown to be the primary cause for significant lower G0.
• A simple predictive model accounting for the influence of fines on G0 is proposed.

While volcanic soils exist in many places around the world, their mechanical behavior is however less extensively studied as compared to the conventional soil type such as quartz sand and clay. This paper presents an experimental study investigating the small-strain shear modulus (G0) and associated shear wave velocity (Vs) of a volcanic granular soil collected from the northeast of Japan that was affected by the devastating 2011 Tohoku earthquake. Reconstituted soil specimens were tested at different packing densities and confining stress levels by using the resonant column technique, and the pressure and density dependence of shear modulus was established for the soil. The study showed that under otherwise similar conditions, the G0 value of the volcanic soil was markedly lower than that of clean quartz sands, but it tended to increase significantly when the fine particles in the soil were removed. This finding suggests that the presence of fines plays an important role in the mechanical behavior of volcanic soils. A practical model accounting for the influence of fines and the pressure and density dependence is proposed and it is shown to provide reasonable estimates of G0 for both volcanic soils and clean quartz sands studied.