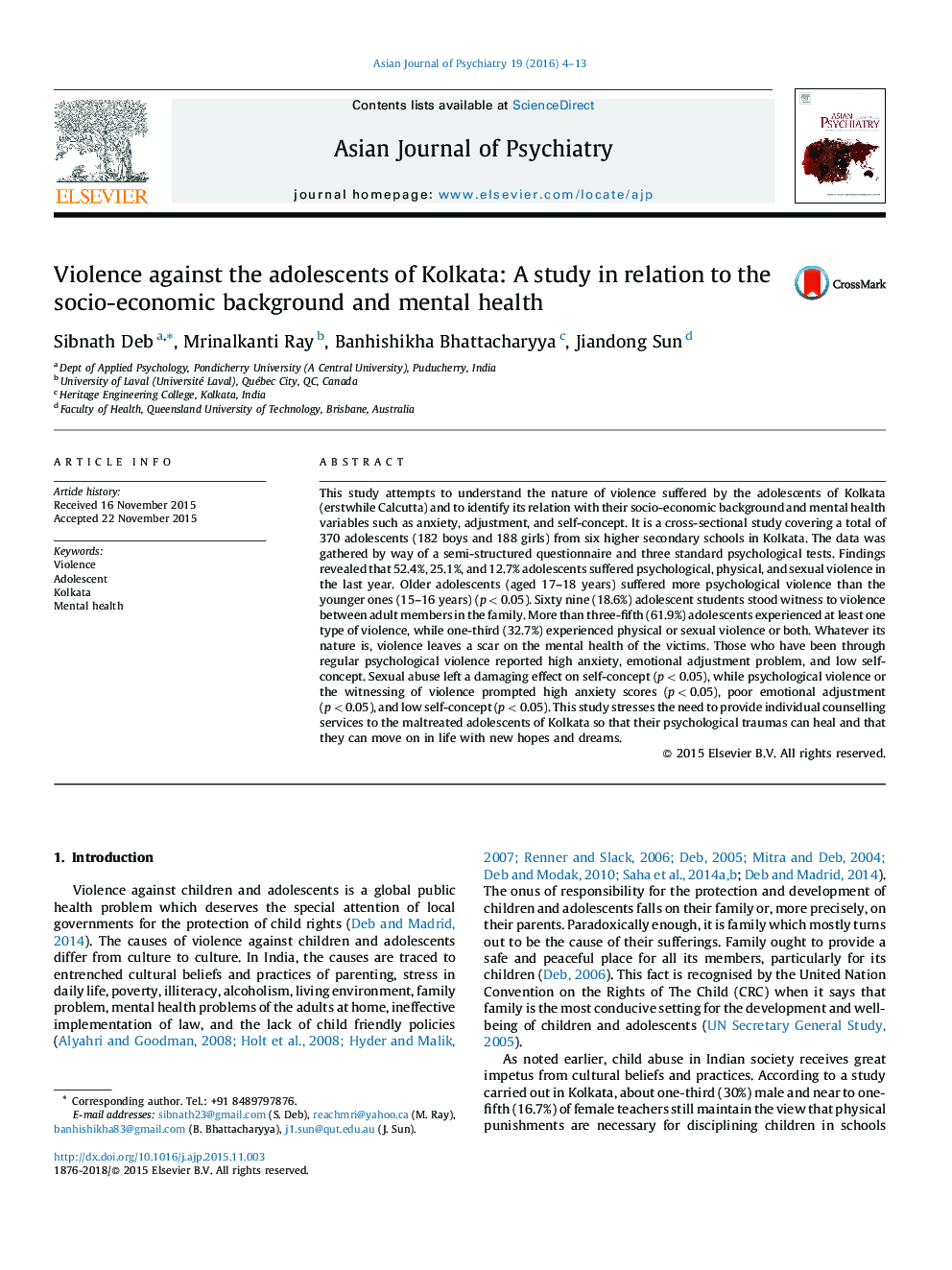 This study attempts to understand the nature of violence suffered by the adolescents of Kolkata (erstwhile Calcutta) and to identify its relation with their socio-economic background and mental health variables such as anxiety, adjustment, and self-concept. It is a cross-sectional study covering a total of 370 adolescents (182 boys and 188 girls) from six higher secondary schools in Kolkata. The data was gathered by way of a semi-structured questionnaire and three standard psychological tests. Findings revealed that 52.4%, 25.1%, and 12.7% adolescents suffered psychological, physical, and sexual violence in the last year. Older adolescents (aged 17–18 years) suffered more psychological violence than the younger ones (15–16 years) (p < 0.05). Sixty nine (18.6%) adolescent students stood witness to violence between adult members in the family. More than three-fifth (61.9%) adolescents experienced at least one type of violence, while one-third (32.7%) experienced physical or sexual violence or both. Whatever its nature is, violence leaves a scar on the mental health of the victims. Those who have been through regular psychological violence reported high anxiety, emotional adjustment problem, and low self-concept. Sexual abuse left a damaging effect on self-concept (p < 0.05), while psychological violence or the witnessing of violence prompted high anxiety scores (p < 0.05), poor emotional adjustment (p < 0.05), and low self-concept (p < 0.05). This study stresses the need to provide individual counselling services to the maltreated adolescents of Kolkata so that their psychological traumas can heal and that they can move on in life with new hopes and dreams.