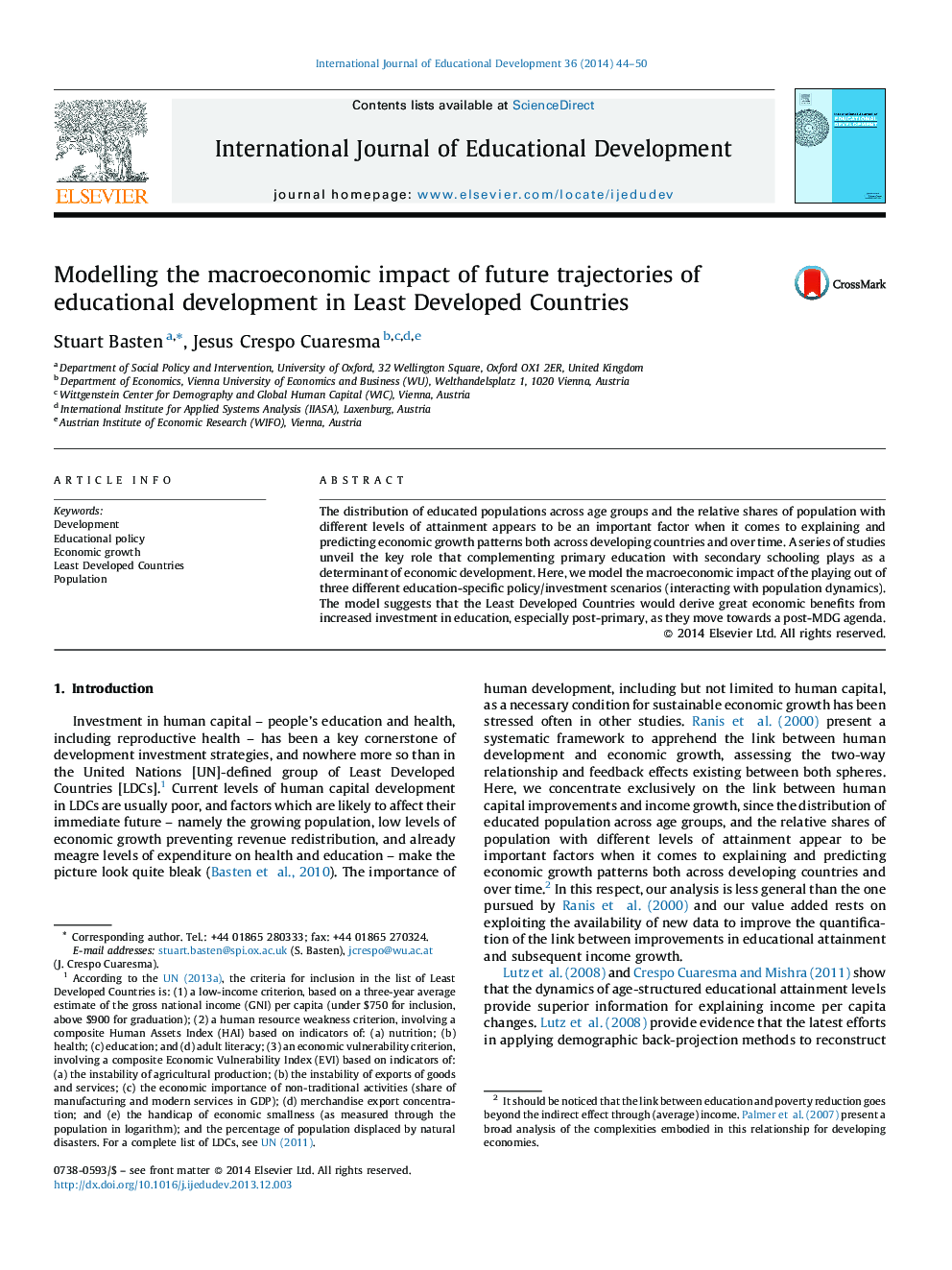 • The economic impact of future educational development in LDCs is modelled.
• Increased investment in education has a highly significant positive impact on GDP.
• The largest possible impact is projected to occur in African LDCs.
• The post-MDG agenda should emphasise investment in secondary education.

The distribution of educated populations across age groups and the relative shares of population with different levels of attainment appears to be an important factor when it comes to explaining and predicting economic growth patterns both across developing countries and over time. A series of studies unveil the key role that complementing primary education with secondary schooling plays as a determinant of economic development. Here, we model the macroeconomic impact of the playing out of three different education-specific policy/investment scenarios (interacting with population dynamics). The model suggests that the Least Developed Countries would derive great economic benefits from increased investment in education, especially post-primary, as they move towards a post-MDG agenda.