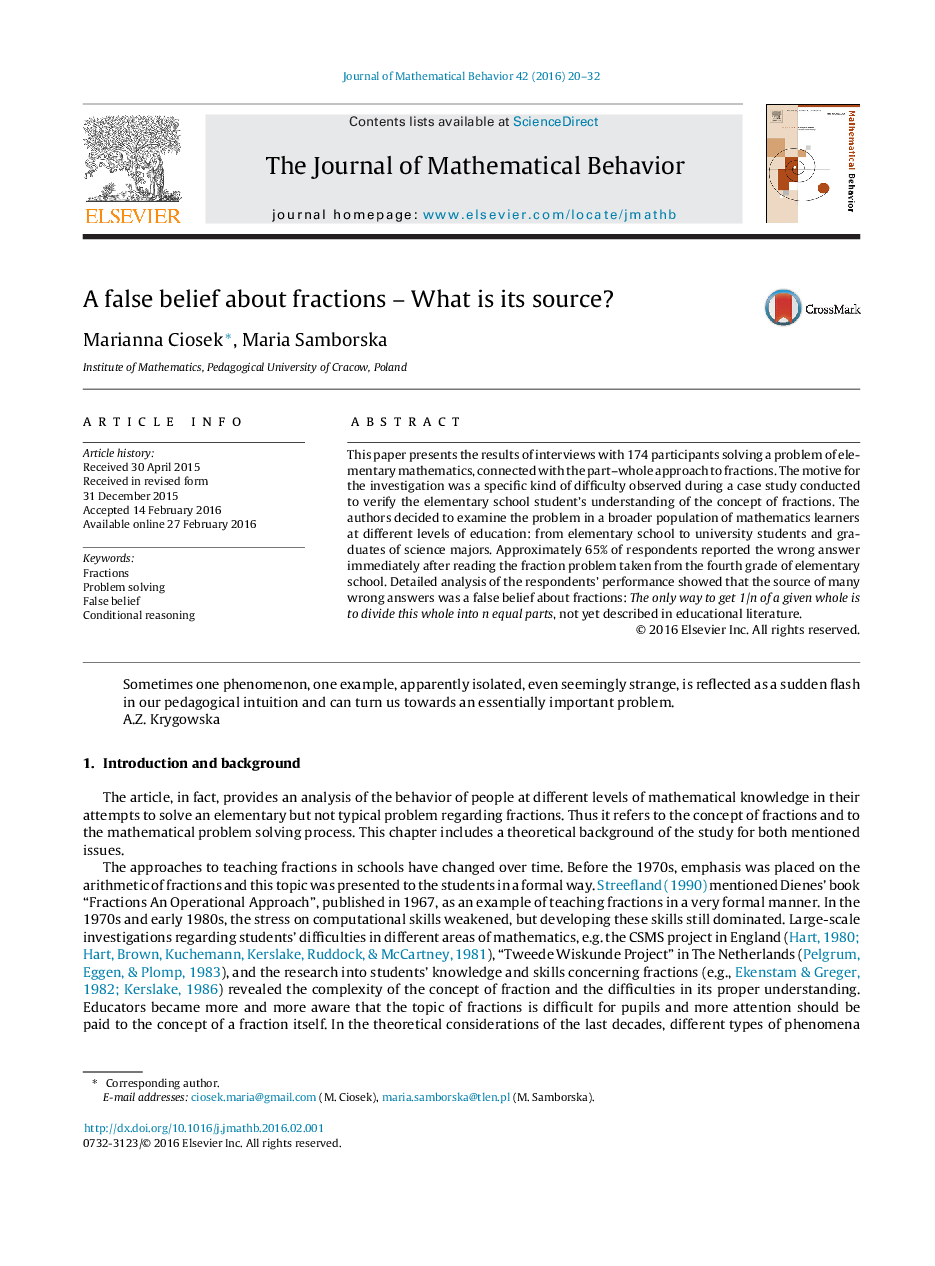 • Interviews with 174 participants solving a problem on fractions were carried out.
• Subjects’ performance revealed a false belief held by a large group of participants.
• Specific understanding of a problem in a form of question is recognized.
• Creating a new way for analysing the part–whole relation by learners is described.
• The source of the false belief regarding part–whole aspect of fractions is identified.

This paper presents the results of interviews with 174 participants solving a problem of elementary mathematics, connected with the part–whole approach to fractions. The motive for the investigation was a specific kind of difficulty observed during a case study conducted to verify the elementary school student's understanding of the concept of fractions. The authors decided to examine the problem in a broader population of mathematics learners at different levels of education: from elementary school to university students and graduates of science majors. Approximately 65% of respondents reported the wrong answer immediately after reading the fraction problem taken from the fourth grade of elementary school. Detailed analysis of the respondents’ performance showed that the source of many wrong answers was a false belief about fractions: The only way to get 1/n of a given whole is to divide this whole into n equal parts, not yet described in educational literature.