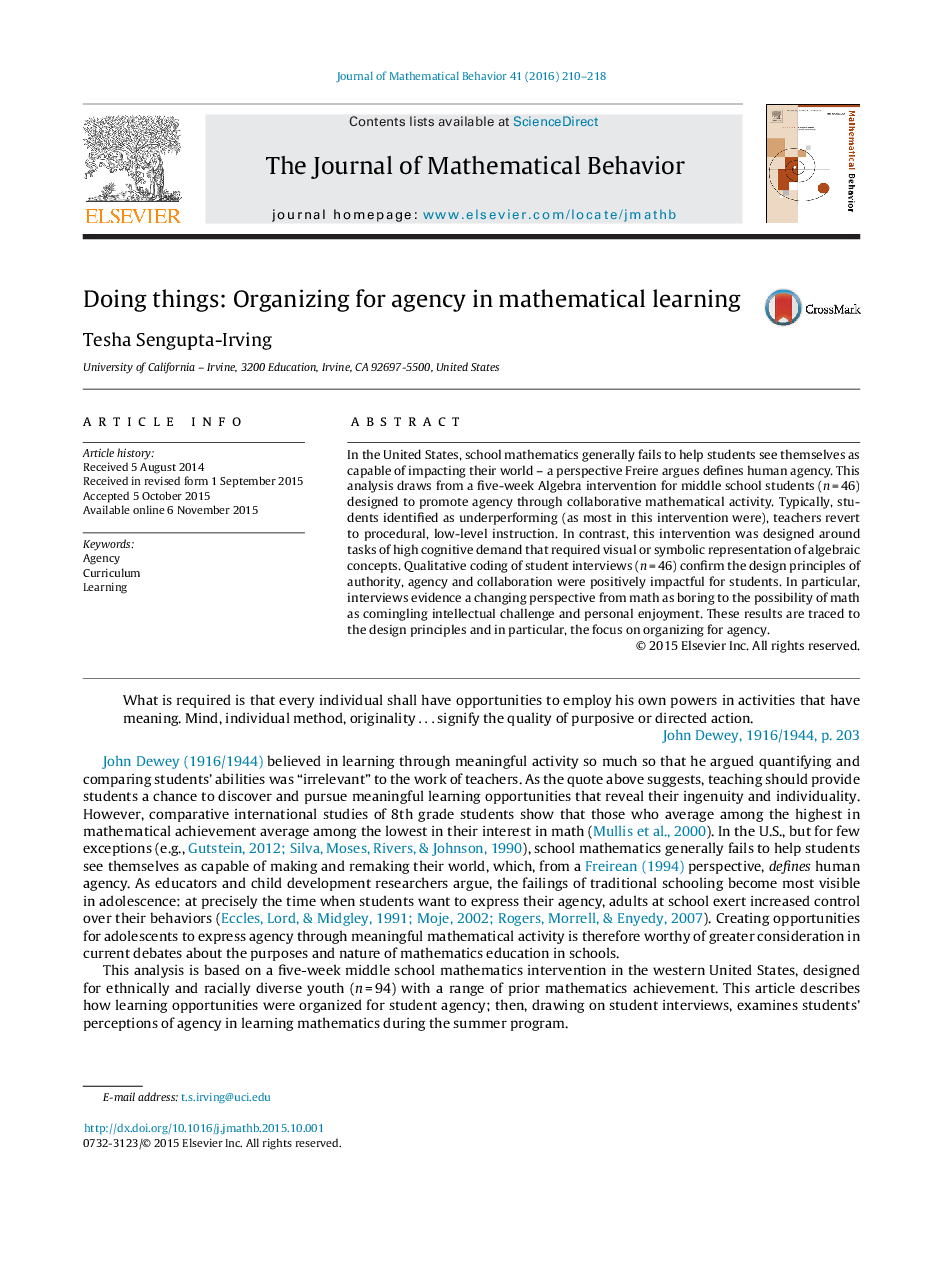 • We designed an Algebra intervention for middle school students organized to promote student agency.
• Mathematical tasks were of high cognitive demand and emphasized visual or symbolic representation.
• This analysis draws on student interviews (n = 46).
• Interviews confirm design principles of authority, agency and collaboration as impactful for students.
• Interviews suggest a change in perspectives from math as boring to math as comingling challenge and enjoyment.

In the United States, school mathematics generally fails to help students see themselves as capable of impacting their world – a perspective Freire argues defines human agency. This analysis draws from a five-week Algebra intervention for middle school students (n = 46) designed to promote agency through collaborative mathematical activity. Typically, students identified as underperforming (as most in this intervention were), teachers revert to procedural, low-level instruction. In contrast, this intervention was designed around tasks of high cognitive demand that required visual or symbolic representation of algebraic concepts. Qualitative coding of student interviews (n = 46) confirm the design principles of authority, agency and collaboration were positively impactful for students. In particular, interviews evidence a changing perspective from math as boring to the possibility of math as comingling intellectual challenge and personal enjoyment. These results are traced to the design principles and in particular, the focus on organizing for agency.