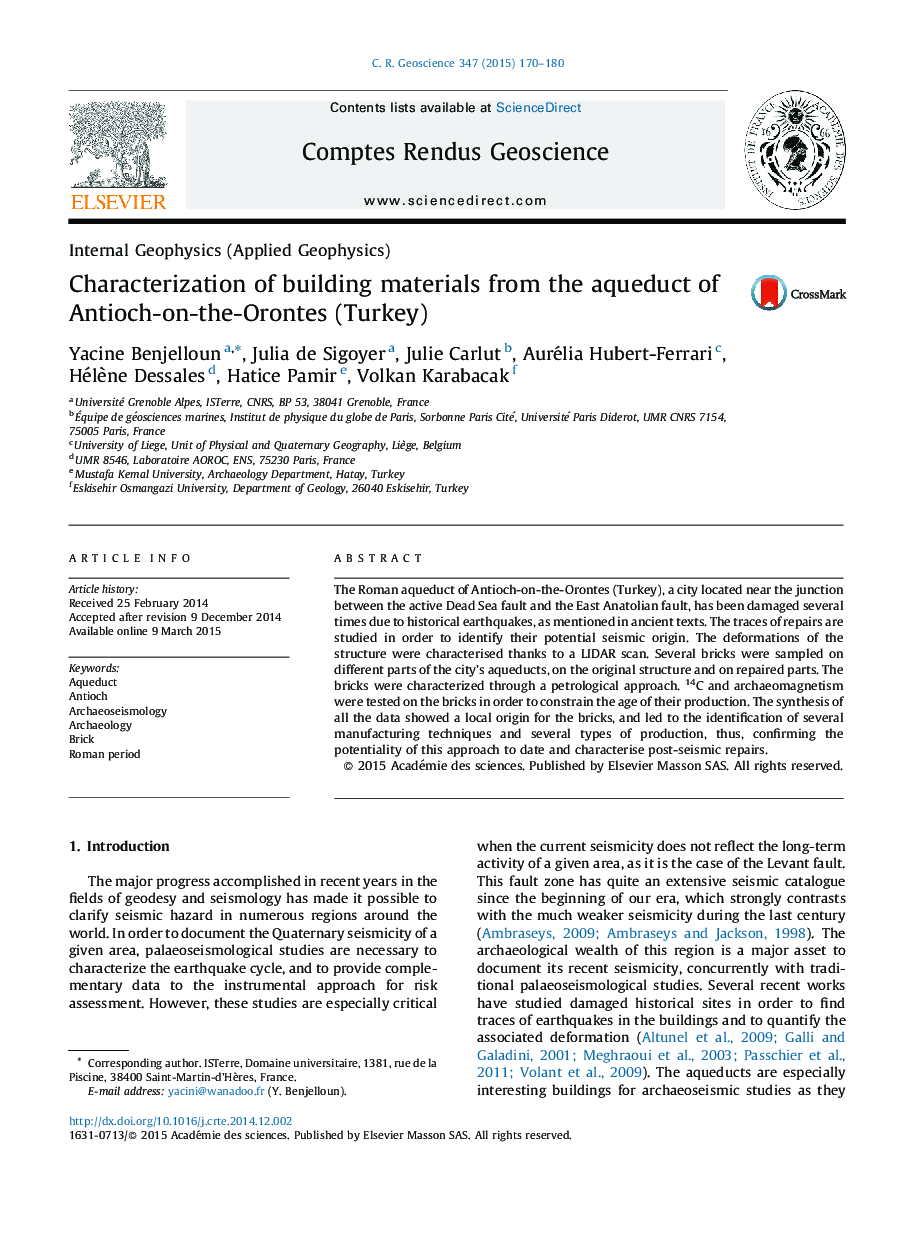 The Roman aqueduct of Antioch-on-the-Orontes (Turkey), a city located near the junction between the active Dead Sea fault and the East Anatolian fault, has been damaged several times due to historical earthquakes, as mentioned in ancient texts. The traces of repairs are studied in order to identify their potential seismic origin. The deformations of the structure were characterised thanks to a LIDAR scan. Several bricks were sampled on different parts of the city's aqueducts, on the original structure and on repaired parts. The bricks were characterized through a petrological approach. 14C and archaeomagnetism were tested on the bricks in order to constrain the age of their production. The synthesis of all the data showed a local origin for the bricks, and led to the identification of several manufacturing techniques and several types of production, thus, confirming the potentiality of this approach to date and characterise post-seismic repairs.