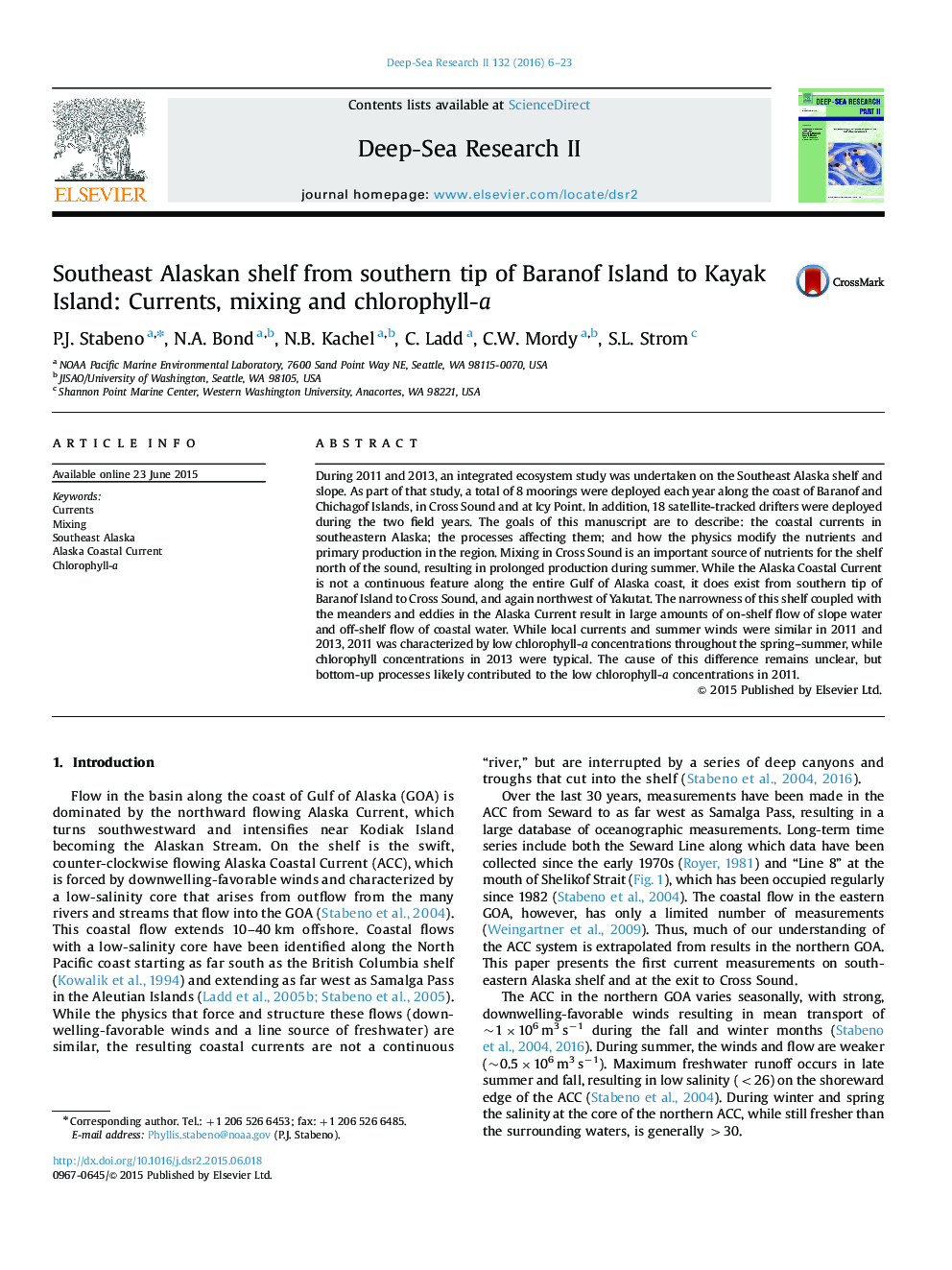 During 2011 and 2013, an integrated ecosystem study was undertaken on the Southeast Alaska shelf and slope. As part of that study, a total of 8 moorings were deployed each year along the coast of Baranof and Chichagof Islands, in Cross Sound and at Icy Point. In addition, 18 satellite-tracked drifters were deployed during the two field years. The goals of this manuscript are to describe: the coastal currents in southeastern Alaska; the processes affecting them; and how the physics modify the nutrients and primary production in the region. Mixing in Cross Sound is an important source of nutrients for the shelf north of the sound, resulting in prolonged production during summer. While the Alaska Coastal Current is not a continuous feature along the entire Gulf of Alaska coast, it does exist from southern tip of Baranof Island to Cross Sound, and again northwest of Yakutat. The narrowness of this shelf coupled with the meanders and eddies in the Alaska Current result in large amounts of on-shelf flow of slope water and off-shelf flow of coastal water. While local currents and summer winds were similar in 2011 and 2013, 2011 was characterized by low chlorophyll-a concentrations throughout the spring–summer, while chlorophyll concentrations in 2013 were typical. The cause of this difference remains unclear, but bottom-up processes likely contributed to the low chlorophyll-a concentrations in 2011.